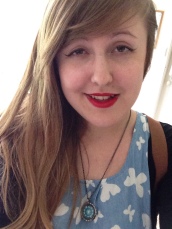 Paige is an LGBT+ writer, artist, dog person and mashed potato enthusiast who is determined to see better representation in all forms of media. She can usually be found at home, where she spends her time designing everything from stickers to book covers to DnD campaigns.

I don’t think I’ve ever been so happy to be so wrong.

Batnipples. There are many other terrible things about the 1997 film Batman & Robin, but the nipple armour tends to, well, stick out the most. The failure of that film led to an eight-year gap between its début and that of Batman Begins in 2005. You could argue that it also led to what was initially an exciting new trend for cinema in general and Batman in particular.

Moana is a traditional quest narrative complete with a special object that has to be taken on a journey. It’s a story we’ve all seen before – but we’ve never seen it in this setting, or with a hero quite like this one. Moana is driven, brave, and lacks the improbable Barbie-doll proportions of her predecessors. Though this film is billed as being about her extraordinary journey to return the heart of the goddess Te Fiti, its main focus is actually Moana herself. There is, after all, a reason why the film is named Moana rather than Voyage.

This week is all about asexuality and aromanticism at UEA. Starting from today, there’s a week of events ranging from an information stall to film screenings and a discussion panel hosted by UEA Pride. The occasion is Ace and Aro Awareness Week, and you can find the full list of events here on this handy timetable.

While asexuality becoming increasingly visible is a positive thing, the downside is that the long period of invisibility means most people have already developed some pretty untrue ideas about what asexuality is. Seeing as it’s Ace and Aro Awareness Week, I figured I’d flex my debunking fingers and dismantle the five misconceptions about asexuality that I’ve faced most often.

I was disappointed but not surprised to see Concrete publish this article last week about how hate crime laws are supposedly on par with censorship. I wish I was more surprised, but the simple fact is that this opinion isn’t uncommon even though it is eye-wateringly ignorant. It boils down to people flailing their arms and squawking about free speech and the right to an opinion. Well, I’ve got a question for all you believers – why is it more important to you to protect an opinion than it is to protect actual people?

I stand in the shadow of a yawning cave mouth bristling with brightly coloured crystals and glowing mushrooms. The sky is emerald, the hills are teal. A scarlet starship squats, smoking, on the ground. A polite voice tells me that my life support is low. The planet is Peonidas. The game is No Man’s Sky.

Saturday. 9:30pm. I’m sitting cross-legged on the grass of Chapelfield Gardens, and all around me the Garden Party is still going strong. The Adnams Spiegeltent is a roar of chatter and noise, and beside it a large mechanical dragon — rather charmingly named Elsie — turns the air orange with the glow from her flamethrower-covered body. I’m not here for either of those events, great though they were. I’m here for Pedal-Powered Car Chase, a fifteen-minute performance involving inventive live music, a handful of plucky volunteers, and some exercise in the name of making us think.

A crush of smells. A roar of voices. Low, sultry light — the kind of light that encourages deep talking and kisses in corners. The Murderers is one of the city’s best pubs, and for good reason. But after just one drink I was out the door and off into the chilly dark with one thing on my mind. Just a few streets over a man was about to do some very odd things in the name of art, and I was dead set on being there. The event was Flat, and it marked the beginning of the annual Norfolk & Norwich Festival.

Ah, Norfolk… with its bustling, pocket-sized capital, miles of gorgeous coastline, on-trend restaurants and bars and natural beauty at every turn, it’s no wonder more and more people are moving to this beguiling county every year. You could even call it the loveable black hole of the UK – it sure sucked me in, as well as my parents and doubtless somebody you know too.

It’s not news to know that we live in a hypersexual world, where the adage ‘sex sells’ is used to excuse a lot of the overtly sensual imagery thrown at us in day-to-day life. Sex is everywhere, even in adverts for things as mundane as sandwiches. It’s this steamy atmosphere that asexuals are facing as they finally begin to attain recognition in society, and there’s a distinct sense of what an uphill struggle it is.

I live in a small flat with my partner of three and a half years. We have a joint bank account. We know all of each other’s grossest habits, and we love each other with everything we have. But you wouldn’t know that a relationship like that is possible for a queer couple like us if you only had popular media as a source.

Disney’s 55th animated feature has been five years in the making, with a social commentary as relevant today as it was when the writers first put pen to paper. The film is an anthropomorphic crime caper following rabbit police officer Judy Hopps and con-man fox Nick Wilde. It’s full of laughs, but the lingering importance is in its more serious side.

It’s not just the Netflix account that has parental controls. Life itself comes riddled with rules about what’s appropriate for children. Considering how important childhood is to the person they will grow up to be, it’s understandable that we want to shield them from any negative influences. It’s unfortunate then that this well-meaning idea of childhood censorship also includes queerness as being among topics that are ‘too adult’ for children to know about. This censorship of queerness hurts more than it helps, leading to lots of confused teens and twenty-somethings who are still figuring out their identities thanks to childhoods where the only kind of relationships they were exposed to were heterosexual ones.