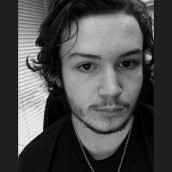 George is a first-year undergraduate in History and Archaeology and takes a particular interest in prehistoric and medieval studies. Politically, he is an Anarcho-Syndicalist with sympathies for Bakunin, Guillaume, Landauer and Kropotkin. Theoretically, he is focused on labour theory, property and land relations, and the state. In terms of activism, he is involved with a local syndicalist cell and is concerned with animal welfare. Otherwise, he can usually be found reading or drinking coffee!

If, over the last year or so, anybody has been monitoring political discourse, it should have come as no surprise that the Labour Party has collapsed into meltdown. From an anti-electoral onlooker’s perspective, it is over trivial matters; but to the dedicated parliamentarian, it is a cause for some concern. In particular, there are the issues surrounding supposed “entryists” and “Trotskyists” amongst the rank-and-file of pro-Corbyn Labourites. A bitter repeat of the witch hunts against members of the “militant tendency” in the 1980s, this too would be no surprise to those who had the foresight to expect it.

Whilst I am not writing this to defend Trotskyism – or even to defend entryists tactics, parliamentarianism, and so on – I am writing in defence of those who hold viewpoints that are considered outliers to the common political discourse; and in spite of the fact that left-wingers are brandished with the label of “the politics of envy,” there is a perfect justification for envy. It is not a label from which we should blush and shy away.

Take a moment, to reflect
The anger of youth
Without disrespect

(23.07.16) – The Labour Party, Parliamentary Democracy, and the Potential for Alternatives

There is an ongoing split within the Labour Party, and it is one that will not be able to reconcile itself easily. Two trends have emerged from amongst its ranks. One is keen on maintaining a centralist position, whilst the other is determined to sweep the party further to the left – and therein lies its abject failure. In order to secure itself behind the levers of authority, it will first need to secure a majority within its own ranks and further at the polls. Even within the confines of its own parliamentary rank-and-file, it will necessarily require the submission of opinion to a “general will” of the Party, epitomised in Eagle’s comment that the party must“come together so we [they] can have one candidate”. This is designed to be able to carry it forward for any degree of credibility in the eyes of government supporters, although it loosely translates to a restriction of voice for the sake of a higher count at the ballot box.

With the recent news that the Swedish government has backtracked on its pledges at the Paris climate agreement by selling off state-owned coal assets to private buyers EPH, now is a better time than ever to ask: when is it enough?

On Wednesday 18 May, the ceremonial state opening of parliament accompanied by the Queen’s speech took place. Pomposity and excessive grandeur aside, what it meant for the radical mind was something altogether divergent from the norm; a fresh load of unpicking and semantics in which to delve in order to blow away the proverbial smoke from the mirror. The point of interest, however, came with the Queen’s declaration – without a hint of irony – that we all must “live within our means”. Undoubtedly, this opened up a lot of questions to be answered – whose means? what is this statement saying? why are we to live within them? – within the broader context of class society.

Following the unexpected leak of around 11.5 million documents from a law firm based in Panama, known as Mossack Fonseca, an upheaval of an internationally unprecedented scale has begun. Just this week in Iceland, protests managed to uproot and depose the Prime Minister Sigmundur Gunnlaugsson following the revelations of his involvement with the law firm. It would seem that Iceland’s now-former PM is at least a little more receptive to the voice of protesters than our own.

(30.03.16) – In Defence of Social Property: Kill the Housing Bill, Rent Strikes and Other Calamaties

On 13th March 2016, a rally took place in support of the ‘kill the housing bill’ campaign, aimed at confronting governmental attacks on council and social property and redressing our attitudes towards it. Since then, numerous student-led rent strikes have also ignited. The cause for anger in both of these movements stems from different stimuli, but both address issues of rent and property.

(10.03.16) – The Forceful Eviction of the Elderly – The Police State and its Links to Capitalism

It is no secret that the UK has maintained its long and proud tradition of housing a police state. The job entails committing to what has been ordered — at the expense of surrendering the human ability / right to make choices based upon morality, and taking into consideration the subsequent impact of the actions once carried through. This surrendering of our moral faculties to a higher power handing out orders carries with it a heavy burden — the absolute collapse of human dignity has been brought about by those who were simply following orders.

Amidst the giants of British politics, there is an ever-growing rift that threatens to split central parties in all directions. Even though the stereotypical dichotomy of the right-wing representing anti-EU camp – playfully dubbed ‘Brexit’ – and the left-wing representing the pro-EU camp tend to stand up to truth, there are subdivisions within the parties that make this a more complicated matter. In particular, the main figures on both sides having differed opinions over the matter.