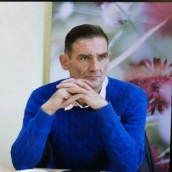 In one form or another, David has been a part of the criminal justice system for nearly 40 years. He does not profess to have all of the answers, but he knows most of the problems and can provide alternative solutions. Prison staff do not, really, wear red coats!

“ICT and digital systems in prison must support more flexible access to learning that is tailored to the needs of individual learners and enables participation in distance and other learning.”  (Coates, 2016)

People are sent to prison as punishment for a crime they are alleged to have committed. I say alleged as I am no longer confident that a finding of guilt in court is an indication of whether the alleged guilty party, is in fact, guilty; however, this is a separate debate.

Why are ICT and digital systems, and of course education, important in prison?

In my previous article ‘Consequence of Conscience’, I mention a work titled Suicide by sociologist Émile Durkheim. In Suicide, Durkheim introduced us to the term ‘anomie’, suggesting it to be a breakdown of social norms resulting in a lack of standards and values. He also used this same term and definition to explain a reason as to why some members of society embark on a path of crime or ‘deviance’ – straying from the norm. Durkheim saw deviance as an inevitable part of life which is needed for innovation and change.

Recently appointed Home Secretary Priti Patel stated in an interview that she wants criminals to “literally feel terror” at the thought of committing crime. In my opinion, to make a statement like that shows how far removed from reality some of our politicians are.

In America, a lot of the States still use the death penalty. I would say that is the ultimate consequential terror for anyone to face. In the UK, the final execution took place as recent as 1964; in fact, the death penalty in the UK was only, totally completely abolished in 1998.

If the sceptre of losing one’s own life is not enough of a consequence to stop breaking the  law, then what is the Home Secretary’s version of ‘terror’?

A message I have carried whilst campaigning for reforms in our prison system has been one of making the walls of justice invisible. The walls that ensconce societies; mums, dads, sons, daughters, husbands, wives, other family members and loved ones and/or friends.

As someone that became, somewhat, institutionalised to the safety and comfort of prison, I saw those walls as keeping people out. I also saw this as a good thing. How ironic then, that here I am now, writing an article promoting transparency to those very same walls that were my protectors.

It wasn’t until February 2016 when the Supreme Court of the United Kingdom, in a criminal case under the doctrine of ‘joint enterprise’ (JE), decided that intent and not just foresight would need to be proven to find a secondary suspect guilty of a crime, such as murder.

One of the most famous JE cases saw, at 9am on January 28th, 1953, 19-year-old Derek Bentley hung, at the hands of Albert Pierrepoint at HMP Wandsworth in London. Before I continue, please bear in mind that the person who “let him have it,” the one who pulled the trigger that killed the policeman Sidney Miles, Christopher Craig, was released in May 1963. Ten years after Derek was hung. Three years before Derek’s remains were removed from the prison burial ground to a family grave. Two lives were taken, one by Christopher, one by the state.

“Freire’s central notion is that ‘hope’, as an idea, ‘is rooted in [our] incompleteness’ and that what makes us human is the ‘constant search’ to become more fulfilled. This is something we pursue collaboratively, and in communion with others.” (Smyth, J., Critical Pedagogy for Social Justice, 2011)

The question I ask, ‘Where do you stand?’, is in relation to our prison system. I could ask instead: “Does your perspective and belief of prison match the experience of those it holds?”

In concluding this three-part series (Part One, Part Two) of documented sex crimes by Core Civic upon immigrant inmates, supported by a sworn Affidavit (by @FEDSBANE) and a further witness, The Norwich Radical now chooses to shine a light on high level Core Civic Management and their response to these crimes: to examine if their replies are consistent with their stated ethics policies, and if felonies remain unresolved.

I was recently asked to be a guest speaker on an American live radio show to talk about the collateral damage of injustice and corruption in US prisons. The show is aired from Colorado Springs, so in order to be able to talk about local issues, as I usually cover correctional facilities in Florida, I set about researching prisons in Colorado – which also led me to Louisiana – and I came across a company formerly known as Corrections Corporation of America (CCA) that changed their name to Core Civic in October 2016 during ongoing scrutiny of the private prison industry in the US.

Number one is definitely the case, but what about number two? Well, based on the latest government figures in relation to self-harm, violence, and suicides, I would suggest that the Ministry of Justice is not delivering on one of its key strategic priorities.

Whilst going about my daily ritual of spending hours in front of a computer screen researching in a variety of areas, one of which being the criminal justice system, I came across this piece with the headline ‘Mental health trust takes back contract for more serious conditions at Norwich prison’. It was a report in an edition of the Great Yarmouth Mercury.

I have served as a prisoner for a good number of years at HMP Norwich, and as someone who has a complex mental health history, I came into contact with the mental health team on a regular basis. I was also a trained listener and would have dealings with the team as a third party on behalf of individual prisoners.

Immediately prior to my last period of incarceration, I had hit what I thought was rock bottom and was left with two choices: in life, things are either growing or they are dying. I cannot lie and say that my first choice was not the latter.

However, writing this piece is proof that I changed my perspective.

“Don’t do the crime, if you can’t do the time!”. In terms of reform and progress within our penal system, the proverb is about as much use as eating soup with a fork. For a start, how would you know?

Unfortunately, we do need prisons. Ever since Eve – reportedly – ate the forbidden fruit from the garden of Eden, crime has been in existence in human narratives. Crime, either directly or indirectly, affects us all; victims of crime or the family/loved ones/friends of the victim, perpetrator of crime, or, yet again, the family/friends/loved ones of the perpetrators. You may even pay higher insurance premiums due to crime. Crime affects all, therefore, crime is the responsibility of all, especially the prison system.

Saturday the 10th Feb 2018, a day that I will always remember. I had been invited to speak in relation to prison education and the arts. I was speaking to an audience alongside Jacob Huntley, a lecturer in English literature and creative writing from the UEA. I met Jacob whilst I was a serving prisoner at HMP Norwich. One of my roles at HMP Norwich was as an education mentor and I was told that there would be a new creative writing course starting, which would be facilitated by Jacob. I have always found that penning emotions onto a piece of paper allowed me to free my mind.