Norfolk’s music, gig and free party scene is a vibrant stream of colour, with bright red, gold and green gushes moving through the illuminous pool. Reggae, dub, jungle, drum n bass and techno can easily be discovered blaring from a stack of speakers in a venue or elusive field in and around Norwich. Norfolk loves sound system culture, but many of those same people who dance to this music are quiet in the struggle against racism.

“Babylon A Fall,” they shout. But what does that actually mean? It’s a middle finger to the white supremacist establishment. Sound system culture was literally born in resistance to the oppressive white power structure which plagued Jamaican society and the world – and still plagues both today.

The radio stations in Jamaica during the 1950s would not play the music of Rastafari – a movement condemned by mainstream society. Rastas were ostracised for their locks, their music and their message. Their movement was a symbol of Black power; a symbol of rebellion; their plan was to tear down Babylon. The white order shook.

Rastas established their own means of communication to transport their sound. Sound system culture was born in protest of the racist structure.

Their movement was a symbol of Black power; a symbol of rebellion; their plan was to tear down Babylon. The white order shook.

Similarly, all the music genres I mentioned at the beginning were born out of the Black community. Let’s take reggae for example. Reggae was born in 1960s Jamaica. The sound of rebellion, reggae was also formed through the Rastafari movement from a fusion of Black-born musical vibrations – two notable sounds being Burru drumming and Nyabinghi rhythm. Burru drumming derived from slaves as a means of lifting spirits on the plantations. Nyabinghi chants were warrior rhythms from the East African Nyabinghi military movement against European imperialism, embodied through Queen Nyabinghi, a female warrior who fought white colonisers.

Reggae paved the way for jungle and drum and bass, two British genres that are celebrated around the UK and in Norfolk. Black culture is beautiful and it should be enjoyed, but what are you giving back to the community? How are you educating yourself on the culture you appropriate and consume? What position are you in to appropriate this culture? 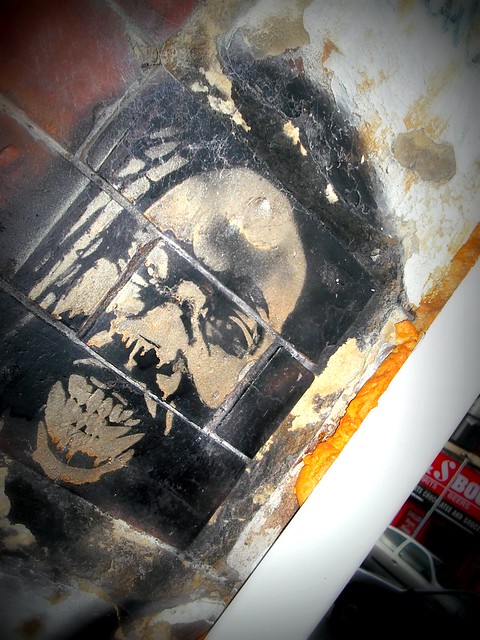 There would be no Black culture without a painful history. Black culture is a culture of resistance, from singing on slave ships to furtively practicing Obeah (West African spiritual healing practices) on plantations to proudly wearing locks. Black people have fought tenaciously to adorn their culture, being beaten, scorned and ridiculed in the process.

From the middle passage, Black people have been forced into violent assimilation into the white European order. Their history and practices have been actively annihilated in order to transform them into parts of machinery to feed the Capitalist beast. How do you turn a human into the most profitable machine part? Strip it of every part of its identity, beat it and lay it bare before its sadistic master, all the while referring to it as an object and not a person.

Black people did not capitulate easily, they formed maroon communities of runaway slaves and passed down knowledge from generation to generation through stories and song during slavery and colonialism and still today in our current oppressive system. On top of this, new culture was formed through a collective resistance against the white establishment. Culture which is now absorbed by white people who take without ruminating on history.

Black people can’t just pick up the glimmering parts of the Black experience and leave the oppression, but white people are happy – and able – to dip in and out without a second guess.

This is not just a conversation on music, but one on all facets of Black culture, such as food, style and language

This is not just a conversation on music, but one on all facets of Black culture, such as food, style and language. On the topic of Jamaican culture, Patois (the Creole language in Jamaica which mixes English and West-African languages) is often used by many white people in the UK to look “cool” but Patois is a form of linguistic resistance to white assimilation. Barbadian poet and academic Edward Kamau Braithwaite said: “it was in language that the slave was perhaps most successfully imprisoned by his master, and it was in his (mis-)use of it that he perhaps most effectively rebelled.” Not only that, Jamaicans have been fighting for recognition of the language for a long time – a language that has historically been condemned as unintelligent.

It becomes especially problematic when white people financially profit from this culture such as with Jamie Oliver’s “Jerk rice” or Marc Jacob’s dreadlocked runway models – to name just a couple of examples. Kareem Abdul Jabbar (former professional basketball player and six-time NBA champion) wrote in TIME magazine in 2015 that “it feels an awful lot like slavery to have others profit from your efforts.”

This appropriation is nothing new in Britain: in his 1979 book, Dick Hebdige documented well the nature of post-war white British subcultures such as Teddy Boys, Mods, Skinheads and Punks to steal Black culture, whilst often being actively racist in the process, making them “impervious to any sense contradiction.”

The bottom line is, if you are white and you are happy to take from Black culture, whilst not consciously fighting racism, then you are benefitting from your white privilege and from the system of oppression that allows you to pick and choose which parts of the Black experience look good on you, whilst tossing out the hard-to-swallow pill that your silence is oppressive. Norfolk, I’m talking to you.