A tide of anguish currently sweeps our world, hammering at the white supremacist order. On the evening of May 25th, George Floyd was mercilessly killed by a white US policeman. The world watched from their homes as Derek Chauvin knelt on Floyd’s neck for 8 minutes and 46 seconds, ignoring his screams as he called out that he couldn’t breathe. George Floyd was suffocated of his last breath. Three other policemen stood and watched. The state brutally murdered a Black man. The people decided to revolt.

Right now, we are seeing mass protests from the US to the UK to the rest of the world, both on the streets and online, physically and mentally. Police brutality pervades our society and the recent piling up of Black bodies such as George Floyd, Breonna Taylor, Tony McDade, and Ahmaud Arbery has become just too much. We need change. The only way to achieve this change is to abolish the police.

In the US, 1 in 1,000 black men and boys can expect to die at the hands of the police; this makes it one of the leading causes of death for young Black men. We often talk about police brutality in relation to America; “the UK is clean,” people shout. The UK is about as clean as a rag you use to clean your exhaust; the UK sprouted many of the racist ideologies which permeate the US today – this is something we all have to acknowledge.

The police is clearly a racist institution both in the US and the UK, as well as around the world. It’s not just these figures that elucidate this point; if we look at the creation of the police as an institution, we can see it as being inextricably linked to racism.

The prison system was created alongside Europe’s age of colonialism, meaning that modes of punishment were formed between the metropole and its colonies. Slavery was a catalyst for the formation of this system of crime and punishment. The US, the UK, and other European powers needed a way to subjugate their slaves. 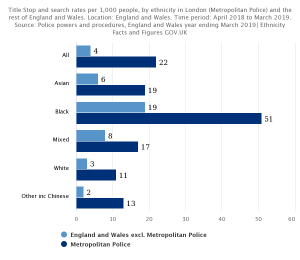 In his essay for the Centre For Crime and Justice Studies, J M Moore writes that Britain boasted of their prison system being a sign of “modernity,” initially “introduced and developed in Jamaica […] as an institution to sustain slavery” where “[r]ecaptured runaways and privately committed slaves massively outnumbered those committed through any legal process.” This system of punishment has arguably been reflected back to the metropole following the deconstruction of the empire and the mass migration of Black and brown people from Britain’s former colonies.

Similarly, the police force in southern US slave states can be traced back to slave patrols: groups of white people who zealously tried to maintain the racist order by tackling runaways slaves, ‘out-of-line’ slaves and slave rebellions. Following this, the US criminal justice system has been known for unjust trials, actively ignoring lynching, false imprisonment and capital punishment, as well as very direct police brutality (for example: the case of Rodney King in 1991 who was viciously beaten by eight police officers). 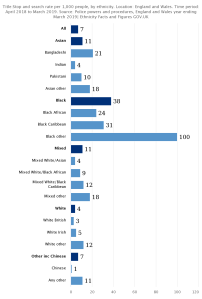 The argument for reform is futile when you consider that the formation of the police is intrinsically linked to racism, colonialism and domination. It’s similar to the argument for capitalist reform in order to give more power to ethnic minorities, low income communities and women; however, capitalism is a system inherently based on inequality – that’s its purpose. Similarly, the role of the police is to dominate, and it cannot be separated from the racist system on which it was formed.

The argument for reform is futile when you consider that the formation of the police is intrinsically linked to racism, colonialism and domination.

In the UK, in 1993, Steven Lawrence was murdered in a racially aggravated attack. In 1999, the Macpherson report declared the police’s institutional racism and urged for stark police reform. Twenty-seven years after his death and 21 years after the inquiry and, whilst the number of BAME police officers in the UK has steadily increased, the disproportional use of stop and search on Black people has actually worsened. Institutional racism is still rife. So, please explain how police reform is working.

If we don’t have the police though, how will we keep social order? If you have recently seen the slogan “defund the police” and have assumed that this would create mere chaos, you must consider that the police has not always been present. In fact, the police force in the UK was only formed in 1822.

Looking at police abolition through a revolutionary lens, we need to acknowledge that crime is symptomatic of the capitalist system in which we live where people have been historically stripped of their resources and continuously oppressed. Last year, City Hall published figures which showed that three-quarters of London boroughs with the highest levels of violent offending were also in the top 10 most deprived. An upheaval of the capitalist structure that currently perpetuates poverty will remove crime.

1/ Statues of slave traders are toppling both in USA & in the UK. But it’s not just statues, slavery is built into every brick of this country. Barclays Bank was founded with slave profits, Bank of England funded the slave trade, pic.twitter.com/J660eSw7hG

It’s also important to note that crimes are essentially created to subordinate people, rather than deal with society’s ills, such as loitering in the US, which was derived from the vagrancy law within the Black Codes (laws for African-Americans who gained freedom and also following the abolition of slavery), or the ‘war on drugs.’ We can also talk about the expansion of the US prison system as crime figures were actually falling.

Therefore, police abolition is not a question of destabilising the social order; it is a question of not oppressing people. Let’s take our money from the police and build up our communities under a radical, collective-oriented new system.