Since 2018, cities across the globe have had many of their Fridays dominated by the vibrancy and passion of youth climate protesters. It’s a testament to the radical attitudes of Norwich’s young population that such large crowds have flocked to the city centre to protest against the current climate regime. Sadly, the Coronavirus pandemic has dried up physical activism in the city for the time being. There is a serious risk that this pandemic may lead to the voices of young people, especially those in secondary school and sixth form, being silenced within Norfolk and across the country. We must diagnose the problem if we are to move forward and continue on in protest.

As a sixth form student, I’m sure myself and some of my fellow classmates can enjoy the prospect of not doing exams. But the closure of schools has led to other, more worrying circumstances beyond these immediate concerns. Schools are not just for education, but also for important dialogue on issues between young people. Many young people feel that the school environment enables discussion on environmental and political issues, even if these issues aren’t instigated by the agents of formal education. The risk here is not that young people will miss out on grades and exams, but that they will lose out on important discussion that might not happen amongst their family members.

Young protesters and all motivated individuals must now focus on highlighting that the pandemic is a consequence of climate change and our rabid pursuit of economic globalisation. Drastic consumption and worldwide reliance on resource-intensive goods and services are reasons for the spread of the virus, as well as causes of the climate emergency. Language that is being used by other generations that emphasises a ‘return to normal’ is exactly what young protesters should be motivated against. We should be viewing the two ongoing disasters as equally weighted symptoms of our failed institutions and complacency toward our capitalist system.

Unfortunately, continuing this important protest work has become very difficult. Many youth protesters do not have the apparatus they need to communicate effectively with each other. Social media is as widely used as ever, of course, but its confrontational and self-expressive nature makes it difficult to create genuine group participation. For many, party politics offers a different kind of answer. Joining a political party is a great way of staying in contact with others who share your political views during times of distance. But virtual party political discussion is filled with the same dominant and adverse characters that exist in the physical party political universe, which can be off-putting for young people who do not have the confidence or influence of older party members. On the other hand, under normal circumstances newer movements like Extinction Rebellion offer action which gives most individuals an equal voice, but they have not yet built effective apparatus for taking action under social distancing. 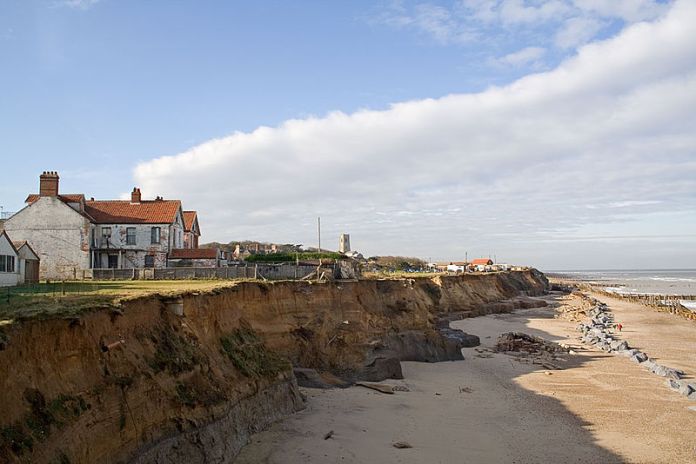 Climate protest may have become more difficult, but the reasons that motivate our actions remain just as pressing. Older generations and people of privilege seem to struggle to grasp the continual impact of further natural destruction and pollution in our city and county. Both urban areas and rural areas in Norfolk are hugely at risk. The completion of the Northern Distributor Road (NDR) in 2018 has proven the lack of concern that the County Council and Broadland District Council have for environmental issues and the dangers pollution poses to people in the surrounding areas. Although the construction of the road was supposedly intended to take pollution away from built-up areas, around 22% of carbon dioxide emissions in the city still come from road transport. The increased construction of roads in Norfolk and Norwich is enabling more unnecessary road transport leading to greater pollution (not to mention the destruction of natural wildlife that has happened during the construction of the NDR). Coastal erosion in Happisburgh is another example of an environmental issue in Norfolk that is not being taken seriously. Although coastal erosion is normal in Happisburgh, it has increased at such a rate that it is predicted that 318ft of land will be lost in the next 20 years. This is another effect of climate change that local authorities are not taking seriously, as shown by the inequality of sea defences that small coastal communities receive in comparison to holiday destinations and places of business. Awareness of these local issues plays a significant part in the motivation of environmentally-minded young people in Norfolk. With the effects being felt so close to home, it is clear that the motivation amongst young people to challenge the status quo on climate isn’t going anywhere.

All the same, it is key in times like this that we must address the way we are doing things. Continual protest on every safe and useful platform is required during and after a pandemic. Communication amongst our youth must become stronger. A forum of some kind for the young people in our city must be created in order to counteract the issues of social media and traditional party politics. Whether this forum be virtual or physical, now is the time for a coalition of all young, progressive voices in the city to unite and break the barriers that come with physical protest.

This may seem over-idealistic, but a time of crisis is exactly the time for brave ideals. We need to seriously review the ways in which we take action as young climate activists in Norfolk if we are to come back stronger after the lockdown is over. It might seem that this disaster would demotivate young individuals, but in fact it will only be fuel on the flames of our fight for the causes that we believe in.

One thought on “WHAT NEXT FOR NORWICH’S YOUNG CLIMATE PROTESTERS?”