The revolutionary socialist newspaper and website Al-Mounadil/ah or ‘The Militant’ is facing an existential legal threat from the Moroccan state under it’s continued assault on the Left, progressive voices, and freedom of expression in the country. The onslaught of arrests and passing of restrictive legislation in recent years has targeted independent journalists and publications, and the use of social media and the internet as a platform for political expression. As the statement released by Al-Mounadil/ah’s editorial team reads: “the restrictions will not succeed in gagging voices; the advancement of technology will make a mockery of anyone that tries.”

Al-Mounadil/ah’s director  received a court summons late last month regarding the newspaper’s compliance with Morocco’s Press and Publications Law; a piece of legislation which places onerous conditions on reporters and journalists in attempt to suffocate dissent in the media.

In order to comply with this press law journalists must have a professional journalist card which requires social security registration. This process lies outside the financial capabilities of many independent journalists and news sites, and consequently places newspapers such as Al-Mounadil/ah at risk of suspension or closure.

At The Norwich Radical, we too rely on the inexpensive and accessible avenue of online publication to reach our readers and the use of social media to share and promote our contributor’s articles. The advent of the internet has made it infinitely easier for young working-class people to set up a news site, blog, or podcast and broadcast their views and opinions to wider audiences. This advance in technology has paved a way for Al-Mounadil/ah – just like so many other news sites – to escape financial constraints and gain more editorial independence, thereby challenging the monopoly of wealthy media moguls and contributing more progressive and radical analyses of news and politics.

…social media is now considered to be the last remaining forum for peoples to speak freely in Morocco.

Morocco’s 2011 Constitution guarantees ‘freedom of the press’. In reality, however, media outlets and journalists must navigate a realm of strict state regulation, surveillance and scrutiny. Print media in Morocco must obtain accreditation from state authorities to operate and can face suspension if their content is deemed to be a threat to the public order, to the extent that social media is now considered to be the last remaining forum for peoples to speak freely in Morocco. A recent report by the National Solidarity Committee showed how in the year 2019 authorities across North Africa have clamped down on press freedom, and specifically on the use of social media as a platform for expression.

In December 2018 Nezha Khalidi – a member of the pro-Polisario group Equipe Media and critic of Moroccan presence in Western Sahara – was arrested for live-streaming a video on Facebook denouncing “repression” in Western Sahara. She was then charged and fined in May last year by a Moroccan court for not having the professional credentials needed to practice journalism in accordance with the press law.

In recent months it has been reported that 15 journalists, social-media users, rappers and bloggers have been arrested in Morocco. Their charges vary from criticising living conditions in Morocco, insulting the king, and publishing rap lyrics that are deemed to be “offensive to sanctities”. Many of these individuals are younger than 20. Interestingly, none of them were prosecuted under the press law but were instead charged with violating the penal code, under which courts can administer prison sentences.

Passed in 2016, Morocco’s revised press code allows for imprisonment of journalists if they speak out against the Monarchy, Islam, and the territorial integrity of the state (essentially any dispute over Moroccan sovereignty in Western Sahara). Despite introducing some improvements including fair trials for journalists and decriminalisation of defamation, the code also enshrines within it the power of authorities to censor and suspend publications. With regard to recent arrests, Ahmed Benchemsi form Human Rights Watch commented: “Moroccan authorities seem to have dropped the fig leaf of prosecuting critics on dubious criminal charges and are now going after them directly for speech offences.”

In December, journalist and activist Omar Radi was arrested  for posting a tweet he wrote 9 months before which condemned a judge’s decision to sentence dozens of activists arrested for their participation in the 2016 Hirak Rif protests demanding economic and social reform in the country. Writing for The Washington Post  Samia Errazzouki, an acquaintance of Radi’s remarked that if Omar “lived in a country that truly values press freedom, he would be an award-winning reporter, celebrated for his work and accomplishments. Instead, he sits in jail, awaiting what is sure to be yet another unfair trial against a journalist.” 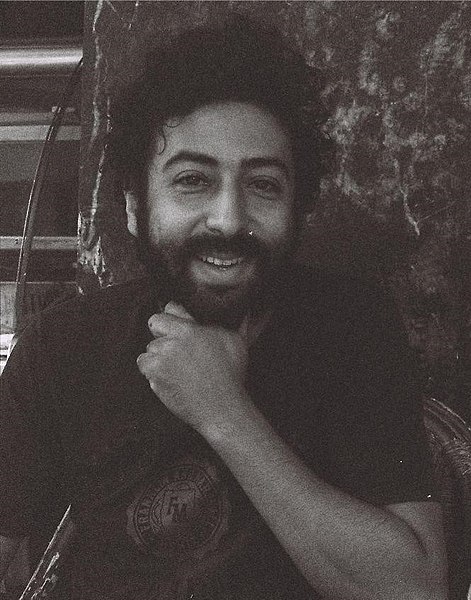 The monitoring and surveillance of social media and online publications under a climate of political tyranny is shrinking political space for progressive Moroccans and silencing progressive voices of the Left. As the Moroccan state continues to wage a legal war against its critics, the need for solidarity through cyber-space and internationalising of national press freedom movements becomes increasingly urgent.

Al-Mounadil/ah’s editorial team have said: “We will continue our militant duty to our class and to the entirety of the oppressed in this country: Whilst the al-Mounadil/ah website is blocked, we will continue to communicate through various social media platforms (Facebook, Twitter, YouTube, etc), whilst continuing efforts to fulfil the conditions required the Press Law.”

The Norwich Radical stands in solidarity in with the Al-Mounadil/ah team and their fight for freedom of expression and decentralisation of the media industry.