The monopolization and manipulation of public narratives by the powerful has long been a pernicious political reality on both a national and global level. Invariably, they who shout the loudest somehow assert a claim to legitimacy, despite the commonly ill-conceived and downright harmful nature of the content being peddled.

Whereas states previously comprised the most powerful global actors, the contemporary model of global governance has seen the rise of transnational corporations and predatory CEOs competing against states and international civil society for control of media and politics – and winning. When the rulers of powerful states form seedy partnerships with these mercenary CEOs and billionaires, the result is catastrophic. When billionaire CEOs pick a side, they rarely pick the side which represents the oppressed, the marginalized, the struggling, the “ordinary”: community, conservation, or our future. Rather, they throw their financial might behind their fellow predatory elites; those who have accumulated more wealth than they will ever need, who jealously hoard it by stashing it in offshore tax-free accounts, whilst greedily planning exploitative methods of accumulating more. The cherry on top of the cake is that they have the means to manufacture public opinion in such a way as to engineer their immunity from accountability.

A State of Power infographic published by ROAR magazine in 2017 illustrated that Google and Facebook provide 70% of traffic to news websites: the CEOs of Google and Facebook essentially control the narratives that many of us are exposed to. We may not be brainwashed, but we are, as a human collective, sleepwalking. According to the infographic, between 2010 – 2014, Breitbart (no link provided because it’s cyber-toilet paper) received nearly $4 million in donations from the Donors Trust and the Mercer Family Foundation; the former being a conservative billionaire funding network, and the latter being a far-right mess. Breitbart advocated for Trump as president. These obnoxiously wealthy, power-hungry maniacs look after their own through their ability to utilize huge media outlets in order to bombard members of the public with half-truths, manipulation and outright lies. The consequences of this powerful “gentlemen’s club” and their control of public narratives, are that we become numb to what is important, blind to the truth, and distrusting of each other, as the powerful seek to deflect reality by constantly exposing us to the message that we are in competition with each other for scarce resources, services, jobs and houses. We are not in competition with each other – we are up against the greed and entitlement of society’s most wealthy, and  divided we have fallen.

At the national level, the popular narrative that Jeremy Corbyn should not be trusted, that his policies are economic insanity, and that within five minutes he will bring Britain to its knees is baseless and calculated. For one thing, Britain has already been metaphorically kneecapped. Powerful billionaires, represented by the Tories, have zero interest in sharing wealth and decentralizing power. They couldn’t care less that a child in Britain is currently being made homeless every eight minutes. Why should they? Their children will inherit land and wealth beyond most people’s imagination. They will go to private schools before being handed jobs that Mummy and Daddy have secured for them through financial donations, or the elitist notion that their families are somehow entitled to it. Meanwhile, Conservative austerity policies which hit those on lower incomes the hardest, have impacted so many families that 30% of children in Britain now live in poverty.

We are not in competition with each other – we are up against the greed and entitlement of society’s most wealthy, and  divided we have fallen.

The Conservatives haven’t just launched an assault on Britain’s children over the past several years; they have also waged war on our communities. Since 2010 for example, over 800 libraries have been shut down. Community centres have been closed, essential public services rolled back, and then of course there is their adoration of privatization. Infuriatingly, as our communities are dismantled around us, the powerful continue to push the narrative that whatever doesn’t generate profit doesn’t deserve to exist. Community gardens and centres where the elderly could meet and share each other’s company, where young people could access vital information and support, where children’s groups could operate – these have been dismantled and disposed of across the country. The dominant political narrative tells us to concentrate on improving ourselves (a significant challenge for those without access to libraries and the means to buy books), to work harder, to sneer at those on benefits and to make assumptions about single mothers, young people, ethnic minorities, and the disabled. Self-improvement is only recognised by the Conservative ethos if it is quantifiable in terms of increased wealth. Expansion of knowledge, re-greening, community mobilization and volunteering are difficult to engage in for people employed on zero hours contracts, who are holding down more than one job and still barely treading water financially. But isn’t this just how the Tories want it?

We have reached a point where our communities have been incrementally destroyed under our noses and we have become more isolated from each other than ever before, resulting in increasing numbers of vulnerable, marginalized people with no community support network to fall back upon. Each December, John Lewis capitalizes upon this misery by selling us back the sense of community we once had, (until we allowed the Tories to destroy it) in its annual Christmas advert. And remember: if you can’t afford John Lewis, it’s your own fault – you should have worked harder.

As damaging as these narratives of neoliberal, corporate power are domestically, collectively, across state-lines and oceans, they have far-reaching consequences. The dominant hegemonic narrative encourages us to buy into both our own repression, and the repression of our fellow humans, who are pushing back against the broken system in other countries. We are conditioned en masse to invest in the idea that the only viable and justifiable means of resistance is non-violence. In these narratives of power, Gandhi is portrayed as a hero and lauded as the epitome of a desirable resistance leader – others are expected to mould themselves in his image if they want their movement to gain respect and support. Conversely, Antifa and resistance figures such as Leila Khaled and Malcolm X are demonized as violent law breakers, while Nelson Mandela’s militant past is frequently conveniently brushed over. This arbitrary and unnuanced depiction of heroes and villains depending on the context and target of resistance, is a deliberate strategy by those with the power to narrate and influence social norms. Gandhi was, in many respects, an abhorrent person, supporting both the caste system and racial segregation. His resistance was exclusionary and relatively parochial given his lack of concern for, and solidarity with, other oppressed people. We most certainly should not be more like Gandhi. 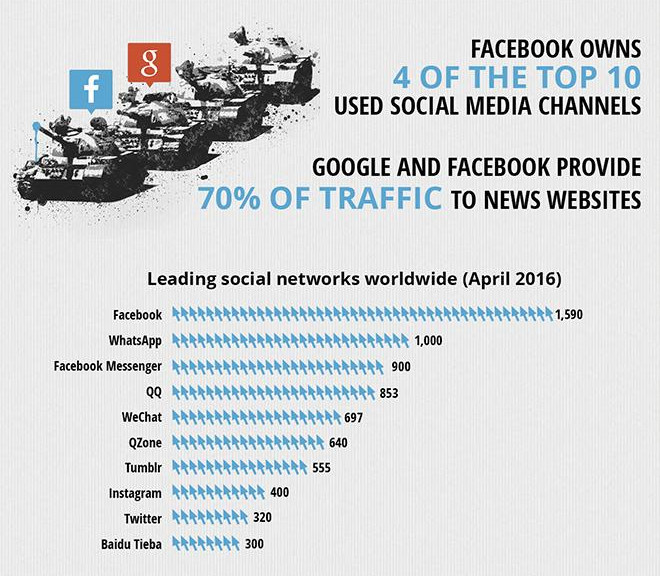 Today, putting a brick through a window of a McDonald’s, giving homeless people money, or saving refugees from drowning at sea is deemed to be far more problematic than walking past six homeless people in a freezing cold high street, or the rapid growth of food banks across the UK, or bankers receiving six figure bonuses during times of austerity, or destitution of asylum seekers, or the fact that over 130,000 children will be homeless this Christmas. We desperately need to reclaim the power to narrate, and for this we need to rebuild our communities.

In the words of Arundhati Roy, “our strategy should be not only to confront empire, but to lay siege to it. To deprive it of oxygen. To shame it. To mock it. With our joy, our brilliance, our sheer restlessness – and our ability to tell our own stories. Stories that are different from the ones we’re brainwashed to believe.”

We desperately need to reclaim the power to narrate, and for this we need to rebuild our communities.

The hegemonic narrative that promotes consumerism and emphasizes individualism over collectivity; which demonizes certain social groups, which positions prioritization of profit over all else as a desirable social characteristic; which denigrates community but reveres corporations; and which recognises only non-violence as a legitimate form of resistance (provided only that such non-violence is not economically disruptive) regardless of the violence and oppression that makes such resistance necessary, works to erase any sense of interpersonal solidarity, and thus reinforces the prevailing system of exploitative, elitist governance. To deconstruct these narratives is to seek one another out on a personal level. To spend time together, to organize, to share, to help each other, to listen to one another and to create together. Through stories, art, community events and initiatives, films, writing, and spending time together in nature, we can gradually claw back control of public space and disseminate our own narratives which reflect our reality and ideals, redistribute power to the people, galvanise communities and rebuild an inclusive society built upon the principles of mutual aid and solidarity.

One thought on “NARRATIVES OF POWER & THE SILENCING OF COMMUNITY”