Since Turkey’s aggressive offensive against Rojava, an area of North Eastern Syria, began early in October 2019, at least 160,000 Syrians have fled their homes. A BBC report from the 17th October states that airstrikes and ground attacks have killed civilians on both sides of the Turkey / Syria border and quotes a UNICEF estimate that 70,000 children have already been displaced. This is a tragedy for the Kurdish citizens of Rojava, as well as the broader Middle East, given what the Rojava political project represented.

Much has been written about the betrayal of the Kurds, particularly those in Syria, and rightfully so. They have been made empty promises and cynically given false hope regarding international political support for decades – a century in fact. The U.S. and coalition forces have relied heavily on the Syrian Kurds as boots on the ground in the fight against Daesh, while the YPJ / YPG focus on gender equality shines like a progressive beacon, not only in the Middle East, but internationally. 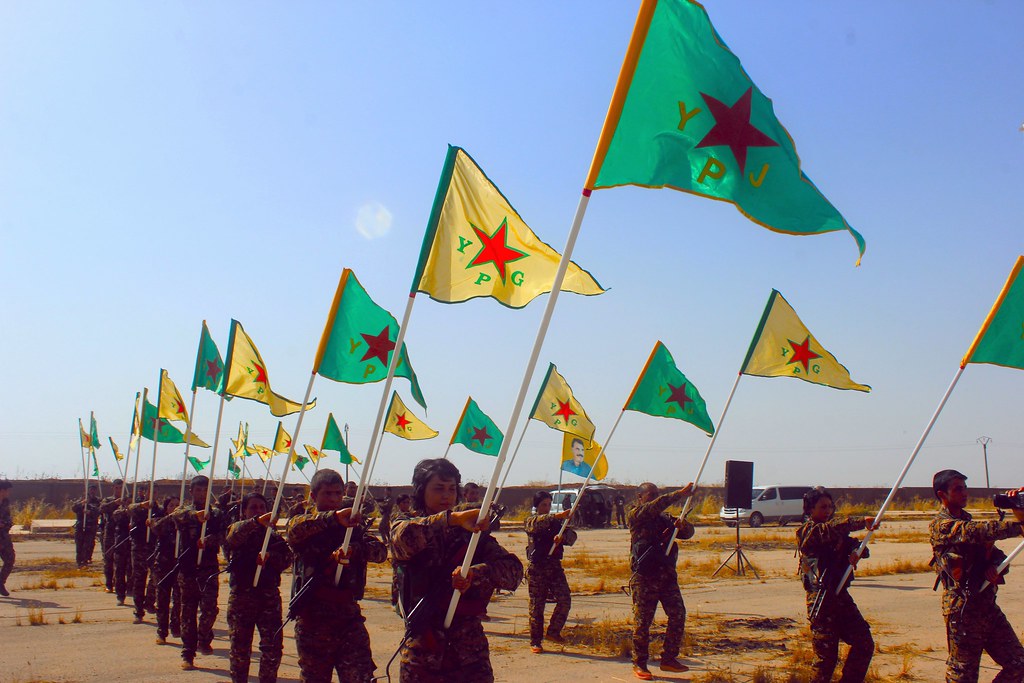 Among all of the strategic political analysis, and commentary on human rights violations however, one massively salient point has been consistently overlooked: how EU xenophobia played a direct role in tacitly enabling Erdogan to displace, murder and demolish everything his forces came across within a “safe zone” over twenty miles deep along the border of Syria. While much media commentary justifiably poured scorn on Donald Trump for betraying the Kurds so dramatically, the EU somehow managed to slink under the radar, despite it having been presented with an opportunity to bring Erdogan’s war machinery to a halt before he got anywhere close to invading a sovereign country and murdering and displacing civilians.

the EU somehow managed to slink under the radar, despite it having been presented with an opportunity to bring Erdogan’s war machinery to a halt

Amid initial international outcry at Erdogan’s plan to obliterate a significant area of Rojava, and the myriad unconscionable human consequences that would inevitably result, the Turkish leader  very predictably threatened to open the doors and send 3.6 million Syrian refugees to Europe if he didn’t get his own way.  It was here, at this very moment, that the EU had the perfect opportunity to respond with a simple “do it – do it, but you will not launch an illegal offensive on Syria”.

However, rather than take up the mantle for human rights, the EU instead chose to slither back under the EU-Turkey deal, protecting itself from the imagined flood of Syrian refugees Erdogen had wielded so effectively. As right-wing populism and neoliberal governments currently steer the EU ship, all sense of rationality, perspective and human obligation has been lost. Though the threat was of 3.6 million refugees, most estimates place the number at 2.8 million. Even if we take Erdogan’s figure however, the EU had no reason to bow under this assumed pressure. The combined population of Belgium, Austria, Cyprus, Finland, France, Germany, Ireland, Switzerland, Iceland, Norway, the UK, Sweden, Spain, Portugal, the Netherlands, Malta and Luxembourg is a little over approximately 353 million. 3.6 million refugees would be a drop in the ocean among a population of this size, if only the political will were present within the EU for each country to absorb a certain percentage of these refugees. With the reality of an ageing European population, refugees have been demonstrated again and again to benefit the economy, to rejuvenate aging communities, to inject life and diversity into stagnating towns and urban areas. So why did the EU allow Erdogan to walk all over it, trampling international human rights and humanitarian law in the process? Why is nobody holding the EU accountable for the very direct role it has played in the current situation in Rojava? Erdogan and the Turkish states’ persecution of the Kurds is well documented, so when he tried to justify his creation of the farcical ‘safe zone’ within the sovereign territory of a different country on the premise that he didn’t want the YPG or YPJ within twenty miles of the Turkish border, his warmongering histrionics should have been squashed immediately by the international community. In fact, his pre-delineated limit has already (unsurprisingly) been expanded in practice, with Turkey’s incursion already moving deeper into Syria than twenty miles.

An additional layer of flagrant disregard for international law and the lives of refugees has been demonstrated through Erdogan’s assertion that he will resettle Syrian refugees currently residing in Turkey within his constructed safe zone. Thus, as the EU offers surreptitious support to Turkey, the rights of refugees are being further stripped away. Given the fact that Kurdish SDF forces have had to reluctantly make a deal with the Assad-shaped devil for their survival, any refugees who fled Assad’s regime will be placed in grave danger. Much as the EU has employed its policy of deterrence to such an extent that it is willing to let traumatized refugees suffer destitution as the only alternative to returning to homes where death stalks them, and its refusal to open routes of safe passage has seen tens of thousands of refugees drown at sea, it seems the EU is also happy to turn a blind eye to all that Erdogan proposes to do, provided it remains relatively out of sight and completely outside of EU territory.

The complicity of the EU in these acts is astounding – the media’s silence on the matter, even more so.

‘While I am extremely critical of the EU in many respects, particularly EU disregard for refugees, I truly believe that we should try our hardest to remain. Between thinly veiled Conservative racist polices and the rampant right wing populism marauding across Europe, it is evident that allowing the UK to leave the EU under a Conservative government is the worst thing we can do. Such a scenario would see us consigning ourselves to institutionalized disregard for anybody except the wealthy elite in the UK, whilst being unable to influence EU policies from within. We must vote in the forthcoming elections on the principles of solidarity, humanity and empathy and push for these values to be reinstated within the EU.‘