Back in August much of the Asia Pacific region, and the world, was captivated by the death of a baby dugong called Mariam. Washed up on the beach in southwestern Thailand, the ill and orphaned dugong gained the attention of the public, complete with live webcasts, only for her to die a few months later due to plastic poisoning.

In a stark contrast to the depictions of idyllic white-sanded Thai beaches, this story seems to have captured the hearts of many and has added momentum to the growing anti-plastic movement in Thailand and the Asia Pacific region.

Plastic pollution is a huge problem, and humanity’s plastic production is expected to grow over the coming decades. Plastic is now in the deepest parts of the ocean, in our food, in our bodies, even our water and air. 8 million tonnes of the stuff is estimated to end up in the ocean every single year, an amount set to double by 2030. By 2025, there will be one tonne of plastic for every tonne of fish in our oceans. 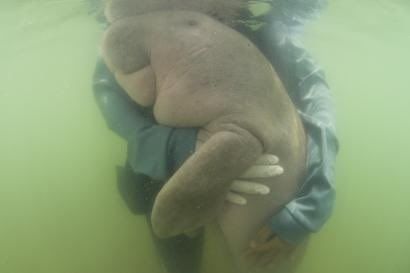 Mariam the baby Dugong who died of plastic poisoning.

Thailand is among the top 5 countries responsible for 60% of plastic in the world’s oceans. Much of this is single use plastic such as packaging and plastic bags. It is estimated that the average Thai uses 8 plastic bags per day, almost 3,000 per capita per year. Single-use plastic has become so integrated into daily life. For example, if you go into a 7-Eleven you can buy a single banana (which already has natural packaging), wrapped in plastic and the cashier will pack this for you in another small plastic bag.

This year, the Thai government has announced relatively strong steps to curb plastic pollution, including the promise to ban three different types of plastic by the end of this year: microbeads, cap seals and oxo-degradable plastics. By 2022 thin plastic bags, plastic takeaway cups and straws will be banned too. This is all part of a 2018-2030 ambitious roadmap plan to use 100 % recycled plastic by 2027. Thailand will also stop imports of plastic waste from other countries by 2021, like several other ASEAN (Association of South East Asian Nations) nations, which will in turn hopefully put pressure on the rest of the world to limit their excessive waste.

Whilst these goals are highly ambitious and centralised efforts will require massive amounts of investment, fair praise is due to the Thai government for acting and setting an example of the types of policy actions all countries should be looking to. However, there are concerns that these goals are too little and too late.

Banning plastic and increasing recycling but otherwise continuing a consumeristic business-as-usual trajectory of development is not going to create the kind of transformative change that the environmental crisis demands. After all, the root cause of the crisis is overconsumption and a throw-away ethos.

The Thai government is also talking about incinerating plastic waste for energy production. Some advocates of this method argue it could pave the way for a circular economy in the region, and argue it solves the issue of plastic waste as well as reducing reliance on new fossil fuels. However, many successful community plastic free schemes across Asia have been against waste-to-energy ideas, which have been strongly marketed by the plastic industry, because it does little to shift the current paradigms of excessive consumption. Unlocking the oil and gas potential in plastics is a highly energy intensive process, creating large amounts of greenhouse gas emissions, making it a poor choice from a climate perspective. There is also a danger of encouraging the further production of plastic. On top of this, there are serious health and air pollution concerns related to the burning of plastic.

‘Development’ has become synonymous with economic growth, and consumerism.

Where is ASEAN in the global plastic picture?

ASEAN countries constitute a rapidly developing region of the world. What we conventionally understand as ‘development’ means approaching the wealth and spending power alike to the global north. ‘Development’ has become synonymous with economic growth, and consumerism. The ASEAN region’s middle class is expected to double from 2010 levels, reaching 334 million (51% of the population) by 2030. As ASEAN nations reach a higher standard of living in the upcoming decades, the environmental costs will potentially be devastating, including greater air, water, and land degradation, and plastic pollution.

A 2017 report by Ocean Conservancy stated that China, Indonesia, the Philippines, Thailand, and Vietnam have been dumping more plastic into the ocean than the rest of the world combined. ASEAN nations are increasingly under fire for marine pollution.

In June at the 34th ASEAN Summit in Bangkok, leaders launched the ASEAN Framework of Action on Marine Debris, which recognises the urgent need to combat marine litter. Whilst this framework hails the need for greater collaboration, it needs to be translated into a legally binding mechanism. In the last few years ASEAN nations have formulated roadmaps on a national level, for example Malaysia who created the Roadmap Towards Zero Single-Use Plastic 2018-2030 last September, and Indonesia’s Presidential Decree No. 83 on Marine Debris Management, also issued last September. 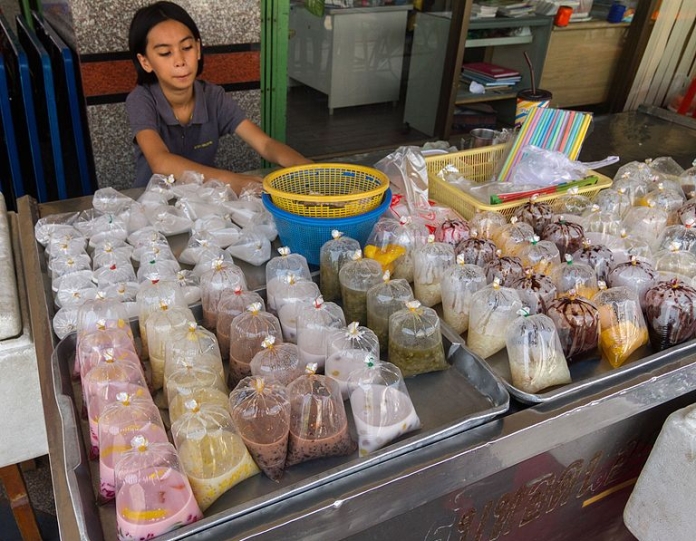 The narrative of Asia being the dirty and polluted waste bin of the world, whilst somewhat true, perpetuates negative stereotypes about countries in Southeast Asia and strips the accountability from western nations.

Earlier in 2019 it was revealed in a report by the Global Alliance for Incinerator Alternatives (GAIA), and Greenpeace East Asia that many countries in the global north despite touting high recycling rates, had in fact just been shipping waste to Asian nations under the façade of ‘recycling’. Waste shipments to Southeast Asia have increased since China banned foreign waste imports in 2018. Understandably, ASEAN countries have been reviewing their plastic waste policies. Whilst countries in Southeast Asia may be the discharge point for marine plastic pollution, much of the source comes from the Global North.

Asia is bursting with examples of solutions to plastic waste.

Contrary to being the poster child for plastic pollution, Asia is bursting with examples of solutions to plastic waste. Many successful initiatives are community-led, decentralised and context specific. When local communities don’t have the political will to change the ways they view waste and materials, they are less likely to buy into centralised schemes to curb plastic waste.

The reality is, the world needs collaborative, multi-scalar solutions to the plastic problem we collectively face. Whether this be local recycling sorting schemes, an app to help households’ profit from recycling in Chiang Mai,  the Zero Waste program in the Philippines, integrating and formalizing waste workers and improving their labour conditions, biodegradable bags made of cassava in Cambodia, or even a future multi-national ASEAN circular economy.

The Thai government’s plans are an ambitious step in the right direction but need to be backed up by community-led schemes, which will contribute to creating the political will to shift people’s roles from consumer to a citizen of the natural world.

Countries in the Global North must be held accountable for their historical and current addiction to fossil fuels and plastic, and this must be reflected in policy change. However, the blame game isn’t always productive: if we are going to create enough change with this urgent environmental deadline, every country has a responsibility to take action. ASEAN nations are in a prime position to stand up to Global North polluters, and offer progressive, collaborative solutions to plastic pollution.