The Last Word Festival at The Roundhouse, Camden, merges various art forms that all centre on the spoken word – in some cases fusing with music, circus and cabaret. Established artists feature in the festival alongside younger, emerging artists; The Roundhouse supports 18 to 25-year-olds starting out in spoken word poetry (amongst other things) through the Roundhouse Poetry Collective, of which I was a member. Each show I see, I bump into fellow poets, for example, chatting to Toby Campion, we realise we both came through the Roundhouse programme. 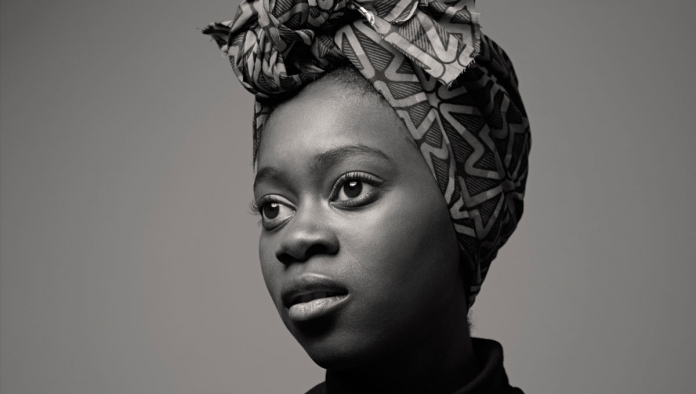 Unbraided (via The Roundhouse)

On the welcoming page for the festival, Rakaya Esime Fetuga reads a poem. It’s filmed in black and white, with text projected on her body and face, music in the background – it generates an excitement about the boundary-pushing art that is being created at the Roundhouse. Fetuga’s show – Unbraided – explores her experience of growing up black and Muslim in London. She blends spoken word poetry with storytelling, using props ranging from a white, blonde hair styling doll to posters across the centre-stage table. The narrative is threaded together through learning to canerow her own hair, looking at her heritage and identity through this cultural rite of passage. Humour is delivered throughout the piece in a confident and natural way, but one of the parts that stands out to me was when Fetuga spoke about her choice to cover her hair. She says that it represents her beliefs, acting as a visual reminder to live up to her own values. It makes me think of a tattoo I have that has a similar message to ‘make tiny changes’ in reference to the Frightened Rabbit song: the same visual reminder, albeit a secular one.

What Words Are Ours? (via The Roundhouse)

What Words Are Ours?

Poet and host Talia Randall brings an extremely diverse show to The Roundhouse’s Sackler Space, showing how diverse spoken word can be through a variety of different performers. Refreshingly inclusive, it is BSL-interpreted and captioned, and we were introduced to the artform of Visual Vernacular, a type of physical theatre primarily performed by Deaf artists.

Koko Brown performs incredible poetry, along with Sapphire Joy’s BSL interpretation. One of the pieces, I Was a Tree, uses the metaphor of a tree to explore a relationship. Jamal Mehmood achieves pieces so beautiful to the ear, yet so intricate I want to read them straight after the applause dies down. Jack Rooke performs a new piece from his new show, Love Letters, and as always it strikes  the heart, yet also makes me laugh and fills me with warmth. Finally, Reece Lyons performs an excellent piece created by incorporating words given by the audience, along with the poem I am a woman and I have a penis, where she drew attention as a finalist in the Roundhouse Poetry Slam the previous year. 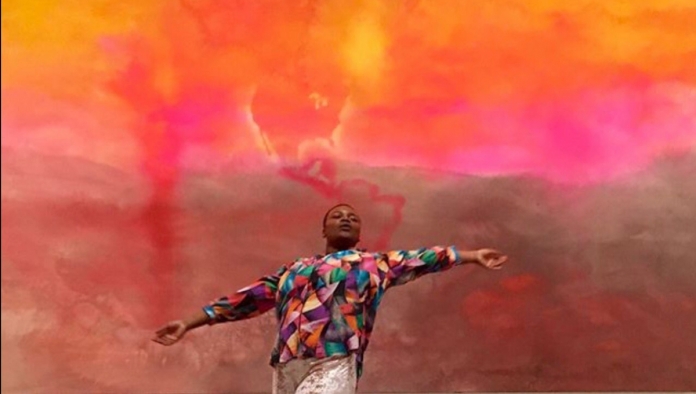 I have been wanting to see born::free for a long time, and it does not disappoint. Hosted by poet Belinda Zhawi, she opens the show by sharing poems by Lorna Goodison, Maud Sulter and Grace Nichols – highlighting the concept of the show as celebrating Black British poetics, featuring acts reading their chosen poet along with their own work. Nadeem Din-Gabisi shares work by Henry Dumas, joking that although he was African-American, he got the book from Islington Library. This work contrasted with his own a’cappella piece that was so filled with rhythm you could still hear the music behind it. Sarah Lasoye shares a long sequence from Grace Nichols’ Picasso, I Want My Face Back, and her own metaphor-filled poetry. Finally, Kareem Parkins-Brown reads from Gboyega Odubanjo’s debut from Bad Betty Press, which is fantastic, as was Parkins-Brown’s own work, which is both easily digestible, yet has me wanting to rewind each line he speaks.

The Last Word Festival runs until 22nd June at The Roundhouse.