I went to an Immigration Merits Hearing at the Dallas Courts recently — the last hearing before an individual or family is deported or given asylum — and this young mother and child from Guerrero, Mexico, lost – as asylum seekers in the majority of these cases do. Although the judge admitted that the young woman “might be in danger,” he said he could do nothing about the consequences such criminal activity affects these poor folk in the countries from which they are escaping. The actions perpetrated in such countries were individual criminal proceedings, not governmental undertakings, and thus the people who suffered individually were not privy to meriting asylum under our government statutes, according to the judge’s ruling.

How can these learned men say such a thing?

Do these judges have blinders on? Do they not see the massacres committed by the cartels of Mexico, or the maras throughout Central America (that we deported!), gangs that have taken over entire populations, becoming a de facto criminal and parallel local government, so that people in these countries cannot live in peace? These refugees are fleeing for their lives; they are not economic refugees, as the immigration courts so often want to make everyone believe, or as many judges delude themselves into thinking. Instead, judges deceive everyone — including themselves — by stating young mothers’ stories as filled with discrepancies, their credulity doubtful, and their exaggerations tantamount: how can these “liars” and “illegal aliens” live in our midst, they proclaim?

Instead, judges deceive everyone — including themselves — by stating young mothers’ stories as filled with discrepancies

A few weeks ago I went to listen to an anthropologist from El Salvador — Juan José Martínez D’Aubuisson — at the Wild Detectives Café/Bookstore, a literary and artistic venue in Dallas. He spoke about the development and rise of the Mara Salvatrucha; he lived with them for a year, so he is an exemplary  expert witness. I wondered if he could ever make these judges realize how they hurt the people they are deporting: they could be repeating the same history of the 1980s, except the people they are now exiling are not gangs. They are families, mostly women and children, and deportation for them often means a death sentence, or a radical worsening of their life conditions. If these judges had only come to listen to this young anthropologist, they would have realized how his testimony disqualified and refuted the sweeping statements they summarily make every day, without realizing the ramifications they perpetrate on entire families sent back to their almost certain deaths.

When I listened to the judge speak to this young mother a few weeks ago, his condescension and disdain were oozing. He did not look at her but glared his beady steel blue gaze around the courtroom to see who was present. I thought that in Pro Se cases — where there are no lawyers representing the respondent — it is the judge’s duty to be fair and to listen to the respondent’s side, at least asking questions to make it seem as equitable as possible, so that “Judges are charged with ascertaining the truth, not just playing referee… A lawsuit is not a game, where the party with the cleverest lawyer prevails regardless of the merits.” (Gamet v. Blanchard)

Yet in this judge’s case — and I have seen this particular judge several times already — he has taken over the US Government DHS ICE prosecutor’s job: the fiscal does not have to ask any questions because this overseer does not judge impartially, but rather revels in destroying the respondent, picking her statements apart instead of raising questions to help her get at the truth, as a judge should do in a Pro Se case; he effectively left the ICE attorney without any work to perform.

Such was the case that when this particular ICE attorney came out and saw the young woman crying inconsolably, he told her not to despair or give up, to appeal and keep on fighting. 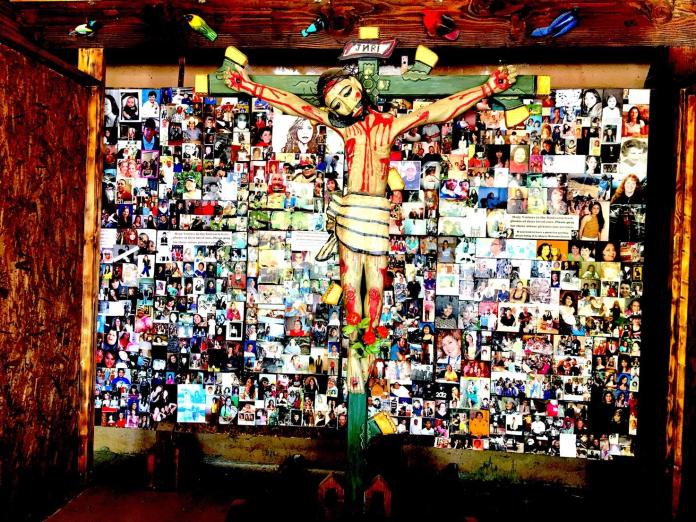 I suppose many judges act in this same manner, but is this really fair? I did see a new judge once — oddly enough (or maybe not so!), not from Texas, but thankfully newly assigned to the Dallas Immigration Court — who did not make an immediate ruling but took the case home with him, reread it and looked at all evidence again before making a careful decision, and who asked questions to help the respondent, despite her having a pro bono attorney (I think because he knew her attorney did not normally deal with immigration).

About a month later, this young mother received asylum.

But no, the present judge had already made up his mind, even before hearing the case. He, and judges like him, have the summary judgment cases favoring their decisions already in place to validate their predetermined verdicts. All this particular judge needed now was to get answers from the respondent to help him lend force to the decision he had pre-made, so he picked and chose what he wanted from the young mother’s testimony, and he ignored the rest of the evidence. He tried to trip up the scared young woman in details such as her myriad cell phone numbers (she switched phones every time these assailants threatened her, so she had been through several), the dates she stated on her asylum application (which were off due to volunteer error, much like his own court interpreter error, but because the interpreter error now favored the respondent, he did not mention it in his ruling). Further, he asked the respondent irrelevant questions, which were off-base and immoral, I thought, such as why did she bring a child into the world in 2010 when she knew it was dangerous? The child, now 6, was listening to every word his mother said.

Tell me, judge, why are you sending her back, if you know it is dangerous?