The unassuming small parish village of Southrepps, twenty-two miles north of Norwich, is the surprising location for a memorial to the former pariah state of Southern Rhodesia/Rhodesia – now Zimbabwe. This is not necessarily a well-known site – it was stumbled across during a summer cycle – yet it represents an important space to demonstrate the wider political environment in rural Norfolk, and the area’s connections to right-wing pressure groups further afield. The memorial itself is opposite Southrepps Hall and is made up of an avenue of Tilia Cordata – small-leaf lime trees – and three flag poles hosting the Union Jack, the Rhodesian flag and the original Southern Rhodesian flag. The Sladden family are the ‘Lords’ and ‘Ladies’ of Southrepps Hall and have a close history with Rhodesia, historically being settlers themselves. It would appear that the Sladden family built the memorial to commemorate their connections to the former country and to celebrate its memory.

Whilst this might seem like the usual combination of imperial nostalgia and patriotism evident in many conservative rural communities, this example has particularly pernicious roots. The choice to fly the Rhodesian flag is a controversial one. Rhodesia was a pariah state from 1965-1980 after its Unilateral Declaration of Independence (UDI) from British colonial rule and its establishment of a renegade independent white-ruled state in central Africa. The explicit white supremacy of the Rhodesian regime was entirely comparable to the better-known case of apartheid South Africa. A small white population (only ever 5% or less of the total population) controlled the politics and economics of the country and held most of the best agricultural land. Africans were second-class citizens with little, if any, voting rights, restricted movement around the country, restricted access to jobs and punitive and humiliating segregationist laws. 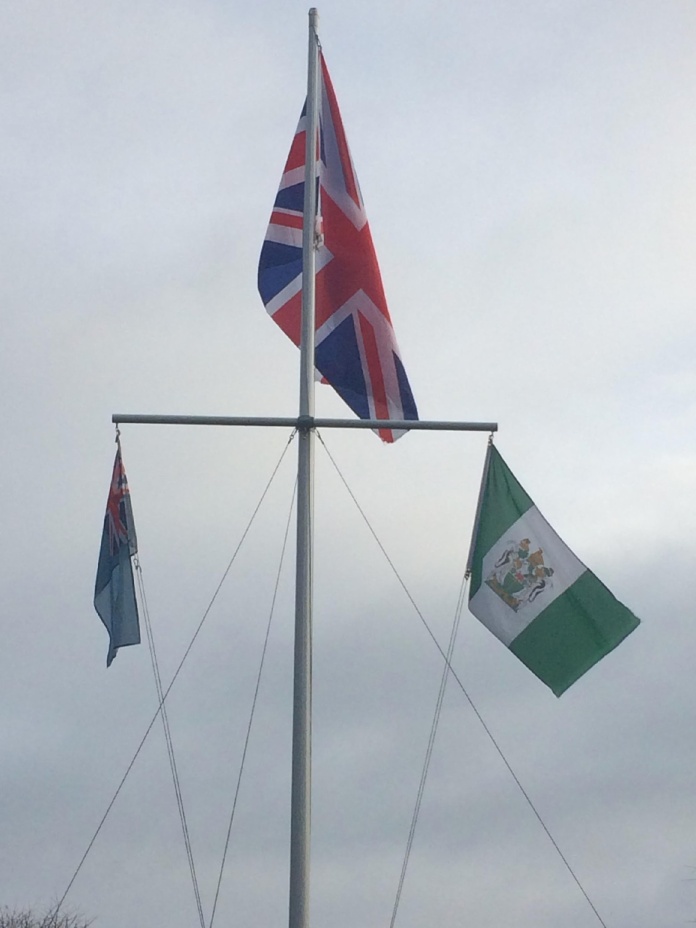 Whilst African governments came to power across the continent in the 1960s, Rhodesia further entrenched white supremacy with their leader Ian Smith saying he did not envisage black majority rule within “the next 1000 years”. The intransigence of the white supremacist position in Rhodesia led to a protracted and brutal guerilla war which resulted in the deaths of tens of thousands of combatants and civilians. The war – and international pressure on the pariah state – eventually led to the collapse of the regime and the creation of Zimbabwe under a black majority government. It is the history of Rhodesia as a violent white supremacist state which makes the flying of its flag in rural Norfolk so very concerning. The last time the Rhodesian flag was featured in the news was on the jacket of the Charleston church shooter Dylann Roof, a self-declared white supremacist who was convicted of murdering 9 African Americans in an effort to incite a race war in 2015.

Flags are incredibly powerful symbols – particularly when those associated with oppression and racial violence are flown by privileged elites. The presence of this flag in Norfolk is shameful – as is the public memorial to a pariah white supremacist state. Its presence demonstrates the lack of education about the British Empire and its legacies within Britain. This ignorance allows for overt celebration of Britain’s imperial past without taking into account the violence, dispossession and humiliation of colonial rule for millions of people. The Rhodesian flag is a living symbol of colonialism, having it flying in Southrepps is an example of both the blind arrogance of neo-imperialists – who propagate a warped version of Britain’s colonial history – and the conservative ‘safe-space’ that rural Norfolk represents to such views.

However, more troubling than the memorial itself is the flag-raising ceremony which takes place around the 13th September every year; commemorating the same ceremony which took place in Salisbury, Rhodesia from 1890 – 1980 to celebrate the arrival of the first settlers. The ceremony is arranged by the Rhodesian Christian Group and the Constitutional Monarchy Association; two bodies which present themselves as legitimate pseudo-political groups but which house elements of right-wing extremism. At best these groups contain nostalgic conservatives and at worst chest-beating, neo-imperialist white supremacists. Whilst this event may be organized by right-wing groups, it is the presence of local clergy and Cromer and Sheringham Brass Band which strikes at the event’s public acceptance. It does make you wonder, what do these people know about Rhodesia and the British Empire? We have to hope that this is a case of ignorance – not knowing the explicit white supremacist position they are celebrating – rather than a knowledgeable engagement with white supremacy and this act of remembrance which denies African experience and suffering under colonialism and whitewashes African history. 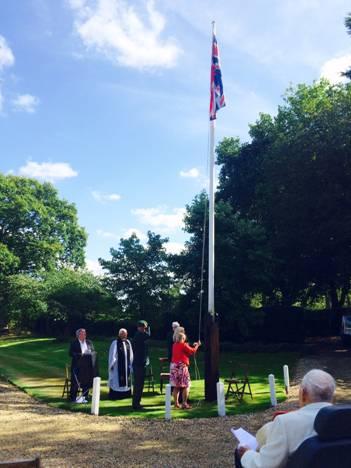 The high-handed, moralist language of the neo-imperialist pressure groups behind the flag raising event in Southrepps speaks to a particular tendency within British conservatism to extol the British Empire as an honourable civilizing mission and by extension create a ‘special place’ for Britain within global history. These tendencies have gained particular traction within the current Brexit crisis and the desperate attempt by politicians and right-wing commentators to find a place for ‘global Britain’, which inevitably has to lean upon an ahistorical and dishonest interpretation of what the British Empire was.  This is what happens when a critical conversation about the British empire and its legacy – at home and abroad – does not take place.

This kind of uncomplicated, nostalgic – and ultimately poisonous – retelling of history can only take place in the atmosphere of selective imperial amnesia which Britain wallows in. If the destructive racist foundations of the British Empire – and connectedly the British state – are not tackled head on, through a critical and difficult teaching of the imperial legacy, then the contemporary malaise of reactionary British politics will continue. Taking down the Rhodesian flag in Southrepps and educating local people about the links between landed wealth in rural Norfolk, British imperialism and white supremacy would be a good place to start.