This week it was revealed that the senior management team at UEA has been claiming ludicrous expenses whilst on business trips across the world. Some of these claims have included limousine rides through Hong Kong, first class train and plane tickets, five star hotels and meals costing as much as £640. This attitude to spending university money is absurd and distasteful, but it is not surprising. It is a predictable result of the changes that UK higher education has undergone over the past eight years.

Since the changes to the tuition fees system in 2010, which made universities almost entirely reliant on students for their income, there has been a swift and unforgiving swing to viewing students less as people and more as walking pound signs. Universities’ priorities have shifted away from providing students with the best possible educational experience and towards giving them ‘value for money’ and ensuring that they are satisfied to a quantifiable level that can be plastered in advertising around the country.

the label ‘tuition fees’ is a misnomer, and the narrative that students are paying nearly £30k just to cover the cost of their individual education is a myth

All the time that this has been happening to students, those who sit at the top of the university pyramid have been able to fill their pockets more and more. Over the past year and a half we have regularly heard about the continuing rise in Vice Chancellors’ wages, as well as the perks that they receive on top of them. The timing of this corruption, parallel with the rise of student numbers and the marketisation of education, is no coincidence.

As the number of students rises, so do the funds available to the institution they attend. Many students believe, out of naivety or hope, that their £9,250 a year goes directly to funding their course. In fact, the label ‘tuition fees’ is a misnomer, and the narrative that students are paying nearly £30k just to cover the cost of their individual education is a myth. This money funds almost everything universities do, from running courses to maintaining campuses to paying staff.

At UEA there are 11 members of staff being paid over £150,000 a year. Vice Chancellor David Richardson, the UEA kingpin himself, takes home over £290,000 a year. And that home, the £1.7 million 17th century farmhouse Wood Hall, is owned and paid for by the university as well! Between his salary and the value of that property, the university forks out upwards of £750k to Richardson every single year – before expenses. All of this makes it even more galling that Richardson and the rest of the executive team feel that it’s appropriate to spend university money on such farcical things as limousine rides in Hong Kong. 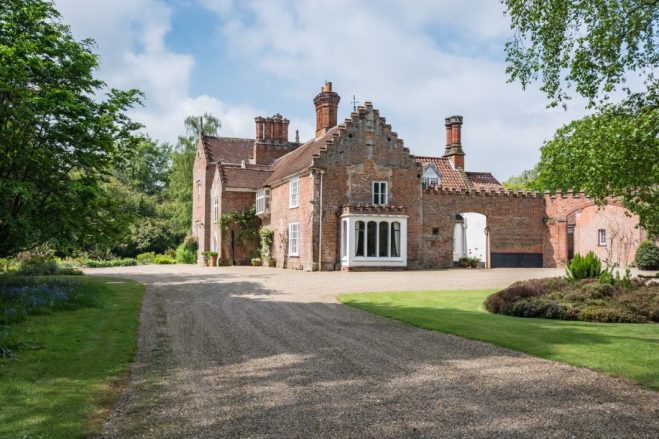 To maintain this state of affairs, university executives do more than just rely on the misinformation around ‘tuition fees’. The way they carry out their duties ensures that they are not the ones being scrutinised by students. They are the faceless ones, the anonymous managers that some students have maybe heard of, or maybe caught a fleeting glimpse of on campus, but that very few have ever actually met. At the end of your course, one of them suddenly appears to hand you a bit of paper that makes you ‘employable’ and usher you out the door once your financial value ceases to exist. This elusiveness allows to avoid being directly challenged by most students.

In a time when pensions are under threat and lecturers are forced to strike for fair pay, students should hold their Vice Chancellors and Senior Management teams to account for this kind of bullshit. They should be calling for lecturers undervalued by their institutions to be given a fairer deal, instead of suffering on low pay while the fat cat executives take the largest slice of the pie and then pour a bucket load of cream on top in the form of these outlandish expenses. We cannot continue to put up with being deceived about what our money is being spent on – if we do, scandals like this will only continue to appear.