The red poppy/white poppy/no poppy debate has become increasingly emotive in recent years, as certain right wing groups have co-opted it for their own warped ethno-nationalist causes, bringing forth the notion of ‘poppy fascism’: If you’re not wearing a red poppy you must be some kind of terrorist sympathizer, or a communist… if you don’t like this country and what it stands for you can fuck off to another. Nice. Of course most people who wear a red poppy don’t behave like this, but the minority who do, aside from being obnoxious, are loud, determined and represented by sensationalist and divisive British tabloids, resulting in ‘poppy fascism’ spreading exponentially.

Those who choose to wear a white poppy are making a valid judgment. The red poppy was initially intended to remember the fallen allied soldiers of the first word war, then the second world war, but it has since come to represent the multitude of wars Britain has participated in over the past few decades. Herein rests the problem. Many of us recognize the importance of remembering the dead of WW1 and WW2. What we struggle with is the legitimization of all the operations British troops have participated in, the uncritical portrayal of all troops as heroic, and not least, the lack of recognition given to the staggering amount of civilians (and opposition forces) that the red poppy has come to represent in contemporary culture.

certain right wing groups have co-opted it for their own warped ethno-nationalist causes, bringing forth the notion of ‘poppy fascism’

The treatment of returned troops and veterans by a succession of British governments has been awful. If, as a country, we insist on sending people into living hell where they are fired upon, witness unbearable cruelty, experience the physical pain of being injured and the emotional agony of losing colleagues and friends, all whilst being thousands of miles from their families and support systems, they should receive all of the support they need when they return. Charities should not be relied upon to fund this. The government sends troops – so the government should then shoulder the lifelong commitment of mental health care for, and reintegration back into society of, said troops. We can recognize all of this, without falling into the trap of unquestioningly supporting our troops while they are abroad fighting illegitimate wars based on lies, or unswervingly holding them up as moral warriors and modern day heroes.

Coercing others into wearing a red poppy if they are uncomfortable doing so opposes what the troops of WW2 fought for. Democracy is based upon the principles of free speech, free association, being free to openly express your opinion without being branded an enemy of the state. It’s perfectly feasible to recognize that the red poppy, whilst being a worthy symbol of remembrance, is also implicated in the bloodshed of innocent civilians, and therefore choose not to wear one. Eight years ago, six veterans penned an open letter to the Guardian which stated:

War is not a sterile battle between good combatants and bad combatants. War is nuanced, and the people who suffer the most are invariably the civilians. War is bomb blast after bomb blast after bomb blast until insanity starts to beckon. War is no electricity, no running water, death looming at bakery lines and loitering on street corners. War is starvation, illness, entrails, severed limbs, and smells that turn stomachs. War is life-changing injury, loss of livelihood and loss of life as it was once known. War is the deliberate bombing of ambulances, schools and dead children. War is rape and humiliation.

It tears bodies, families and communities apart in the most horrific ways, to the soundtrack of screaming and gunfire.

Normalization of war therefore should be countered at every available opportunity. Remembrance Day should be focused on just that – remembering those whose last moments were amid the horrors of war. Imagining what it must have been like for young men in the trenches – or those who died alone in a field somewhere wondering what the fuck they were ever doing there in the first place – on striving towards the premise of ‘never again’ rather than ‘support our troops’. The conflation of the red poppy with nationalism not only fails to recognize the terror that soldiers in WW1 and WW2 fought through: it also normalizes violence. How many times have we heard right wing idiots point to male refugees and ask, ‘Why are they coming here? They should be fighting for their country, that’s what I would do!’

No you wouldn’t, you lying piece of shit, you would crap your pants and hide in a corner crying your eyes out and screaming for your mother because war is everything we know turned upside down in the most terrifying way possible.

Normalization of war […] should be countered at every available opportunity.

A friend of mine who used to be a marine summed it up perfectly, once, when weighing in on whether people should wear the poppy. He stated that the poppy doesn’t mean anything to most people who wear it. Remembrance Day, he stated, has the same amount of meaning as Pancake Day for most people wearing the poppy.

The white poppy then, demonstrates the recognition that the best form of respecting and remembering those who have fought in wars is to ensure that in the future, nobody else has to go through it. It recognizes the equal value of all life, whether Afghan, British, Iraqi or Syrian, regardless of nationality, ethnicity, religion, colour, or social class. Life is life, we all value our own and we all value that of our friends and families regardless of where we come from. The death of a British person is no more important or harrowing than the death of an Afghan farmer or an Iraqi shopkeeper. Their friends and families will mourn them just the same. Loss of life should never be written off as ‘collateral damage’. The white poppy also symbolizes a challenge to everyday militarism. The Peace Pledge Union opposes military visits to schools and veneration of armed forces. It also works to promote individuals who throughout history chose not to fight, but to follow a path of conscientious objection instead. 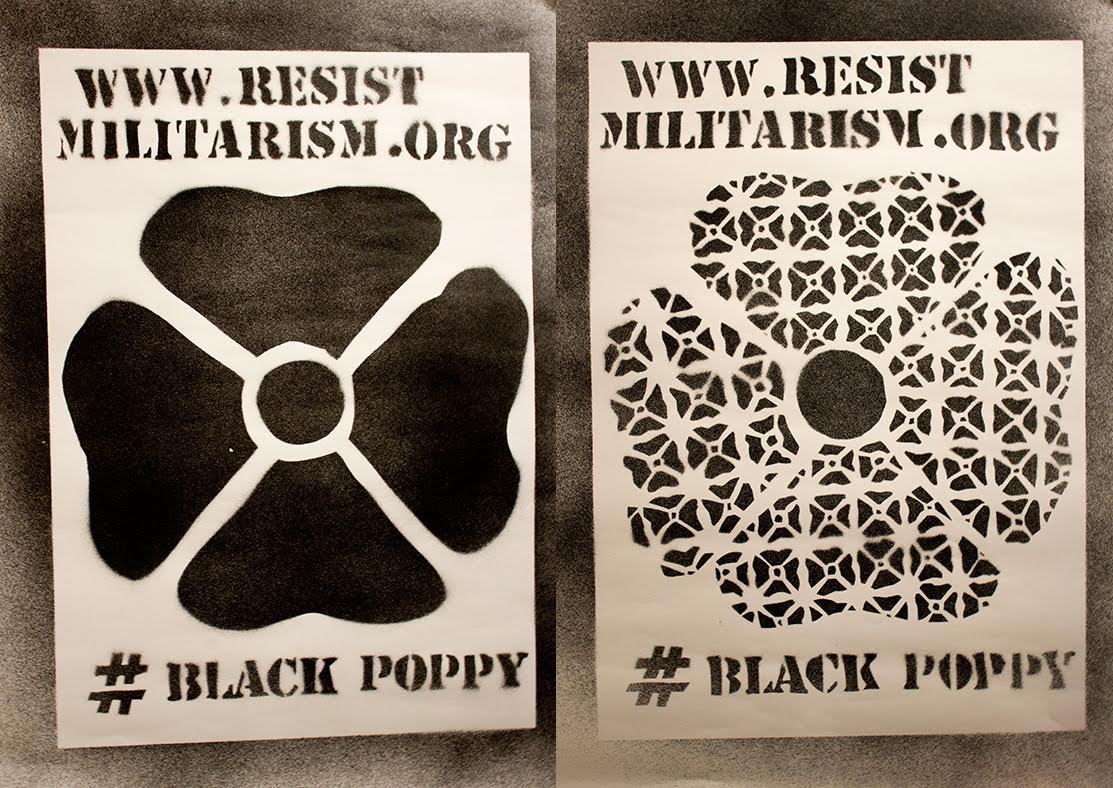 The pacifist approach also poses a problem though. If all violence is delegitimized in a uniform manner, how are we to support resistance movements who may have taken up arms as a last resort? Should we argue that YPG and YPJ forces are unjustified in their militarism? Should we relegate the Palestinians to history as illegitimately fighting for their freedom through any means possible? In the perfect world there would be no oppression and thus a path of peace and pacifism would be wonderful. But we do not live in a perfect world. The Kurds have been culturally oppressed and have faced relentless suffering as nobody should. Tens of thousands of Kurds were killed under Saddam, but they have been systematically oppressed by the Iraqi, Syrian, Turkish and Iranian regimes. The YPG and YPJ are not only liberating territory from ISIS, but also from state oppression and the simultaneous oppressive structures of patriarchy and capitalism. They have established an egalitarian system of democratic confederalism in Rojava – an admirable cause indeed, and one that deserves our support. The Palestinians are quite literally fighting for their lives against a heavily armed and sadistic occupying force – who the hell are we to tell them militarism is bad? The international brigades who left their countries for Spain in the 1930s – poorly armed and barely trained – fought fascism with guns. 15,000 of them died for their beliefs. Was this struggle illegitimate?

Perhaps what we need is not a white poppy, nor a red poppy, but a black poppy – a poppy that signifies internationalism and solidarity, recognition that all lives are of equal value and rejection of state militarism. Perhaps we need to revive ‘¡No pasarán!’ rather than ‘Never again’, at least until self-determination has been achieved by those who seek it.

Or perhaps we should focus less on the colour of the poppy, and more on the content of our convictions. We should all make an effort to recognize the horror of war and the value of life, and as such stand in solidarity with those who fight for the freedom to self-determination, until oppression is relegated to history and peace can be given a chance to flourish.