By KCL Justice for Cleaners Campaign

This week, the KCL Justice for Cleaners Campaign released a short film revealing the struggles of migrant cleaners at King’s College London, a day before management made a recommendation to the College Council as to whether to end the outsourcing of cleaning. Through the film, cleaners speak in their own words about the violence of the outsourcing model and how mistreatment at KCL is normalised.

The KCL Justice for Cleaners Campaign is a joint effort led both by workers and students. It exists to show solidarity with cleaning staff at KCL, who are outsourced under the third-party company Servest. Despite a turnover of over £680 million and the recent multi-million-pound acquisition of Bush House, King’s College chooses to economise on the most basic rights and conditions of its cleaners, condemning them to an unsustainable life in London. In-house King’s staff are entitled to to 41 days’ paid leave, six months’ paid sick pay, maternity and paternity pay and pension rights. Meanwhile, outsourced cleaners must survive on just £35.74 for the first week of illness or injury, with no guaranteed parental leave or pension benefits. On top of that, workers regularly face discriminatory behaviour, unfair disciplinary actions and excessive workloads – just 160 cleaners are expected to clean a university of almost 30,000 students! 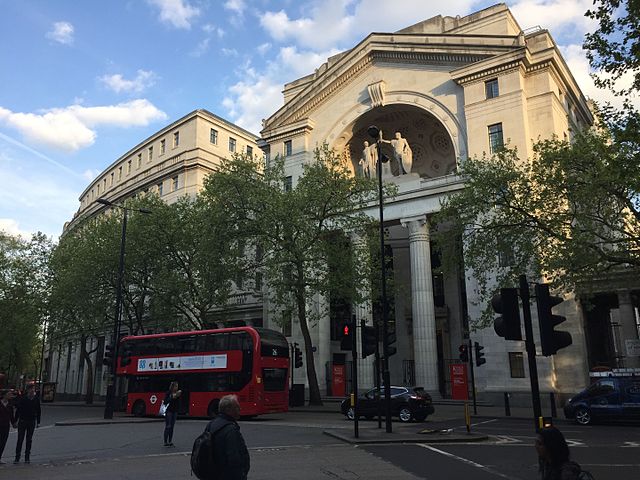 Cleaners’ labour, both racialised and gendered, is rendered invisible and shamelessly exploited. As students in one of the highest ranking universities in the world, one which claims to “make the world a better place” and “act in the service of society”, we want to highlight the double standards of using progressive statements to cover up discriminatory practices, lack of accountability, and neglect of its cleaning staff. We ask King’s to commit to a fair world by starting from our own community – by treating the cleaners it depends on with dignity and respect. In successful campaigns at LSE and SOAS, migrant workers defeated 30 years of outsourcing and won equal treatment with all university staff. This is also possible at King’s.

Outsourcing models enable systemic abuse and exploitation of workers, a reality that makes itself clear every single day both within and outside of the university walls. Outsourced staff are overworked, treated appallingly on a frequent basis and face daily indignities. This type of treatment would not be tolerated for King’s own staff, so why do management choose to overlook the conditions of these cleaners? The university’s contract with Servest ends early next year, and we have been applying pressure on the university to change their stance and bring the cleaners in-house. This mistreatment and structural exploitation should not and cannot continue.

Bringing the cleaners in-house is both urgent and necessary. It is the only option that can ensure secure contractual parity, guarantee positive material changes to the cleaners’ everyday lives, and truly include cleaners as part of our supposed university community. An outsourcing model is one that necessitates isolation and alienation – far from the respect and dignity that we all deserve. Outsourcing also allows the university to avoid taking responsibility for abuse, for example in reported cases of sexual harassment at KCL, or in cases of discrimination such as that of Daniel, an outsourced cleaner at LSE, whose reports of homophobic abuse were largely ignored by management.

The KCL cleaners and the community of academics, students and supporters that are behind them reject this weak compromise

Years of campaigning have led KCL management to review a series of options. Currently under consideration are the in-house model that the cleaners have fought for, and a ‘special vehicle model’ that would establish a distinct company to manage the cleaners. The special vehicle option is an attempt to reconcile the reasonable demands of workers with the profiteering elements of KCL management. They believe that setting up a separate company is a model that could be replicated and sold to other universities if successful; if deemed unsuccessful the company could be sold off, effectively reverting to outsourcing. The KCL cleaners and the community of academics, students and supporters that are behind them reject this weak compromise in favour of the in-house model. The final decision will be made in management meetings throughout this month. Workers, academics, students and unions will spend this time making it clear to management that we will not accept a compromise option.

King’s is only paying attention now because this past academic year KCL Justice for Cleaners has seen huge support from the wider community. The campaign brought the many instances of discrimination and abuse cleaners were going through to public attention. Workers themselves have felt more confident to speak out against King’s hypocrisy. They will no longer put up with cleaning halls plastered with posters claiming KCL intends to “make the world a better place” while they suffer economic discrimination. They will no longer accept the oppressive and unsafe work conditions imposed by Servest, revealing photos of cleaning products stored in milk bottles, or of cleaners dealing with health conditions like eczema and rashes. They condemn King’s for allowing a UKVI immigration raid on campus, forcing them to hide for fear of deportations, in a frightening echo of the infamous ordeal faced by nine SOAS cleaners in 2009. Their everyday resistance combined with the support of students made King’s realize this is an important issue for the entire community that can no longer be ignored.

Many workers are also frustrated with the underwhelming efforts of Unison to assist them in their struggle. In some meetings union officers claimed this fight will probably never be won, since Servest is ruthless and cleaners are too vulnerable and disorganised. This attitude stifles the struggle and denies workers the freedom and dignity to take charge of their resistance. These same workers have proven time and time again they can win if given the confidence of solidarity and the right tools. This can be best seen in the huge wins of independent unions like UVW and IWGB, whose worker-led, radical approaches to unionising have proven vastly more effective than the pessimism and bureaucracy of some larger unions. 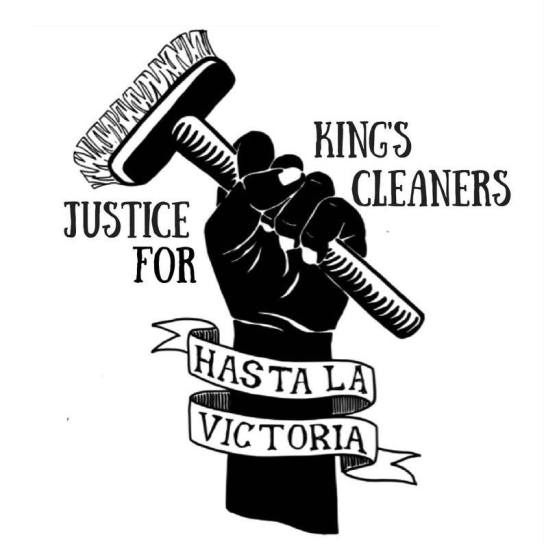 During the UCU strike in particular, we emphasised the connections between the outsourcing of racialised labour, pension cuts, exorbitant tuition fees, casualised teaching staff, militarised research and UKVI surveillance of non-EU staff and workers. In varying ways, we are all part of an interconnected fight against neoliberal structures of academia. Following the student occupation of the KCL management building, management agreed to an open meeting with students, academic staff and cleaning staff. KCL did not commit to bringing cleaners in-house following the meeting, so the occupation continued until they were forced to make a commitment to review cleaners’ contracts. This decision to escalate action, and to disrupt the university’s operations, was what made them pay attention. Ultimately, universities have to unlearn everything they think they know about what a university is. Our campaign and others across the country are reimagining the campus as a community space that serves those who work and study here, instead of capital and the perpetuation of systemic harm.

On Thursday morning, KCL Management met to review the options for cleaners. Meanwhile cleaners, students and academics held a rally outside to remind management that the community demands cleaners and security are brought in-house. We understand that the in-house option was considered favourably in the meeting, and we are feeling positive. However, the decision will only be finalised at College Council on 26th September. We will maintain the pressure on KCL until then. This has been a struggle of many years, and we will not be complacent in pushing KCL to follow through. Solidarity will always be needed; we are determined to see this process through and keep the links between workers and students strong for years to come.