I asked the performers how it all started. Sylvia Daze began to become active in the drag scene following university. After she returned home to Lowestoft she set out to make the dream of bringing drag to Norwich a reality with the help of friends Blazing Rose and Bishy Barnabee. They found their perfect venue in The Birdcage – both small enough to create an intimate show and well known enough to entice a large crowd. 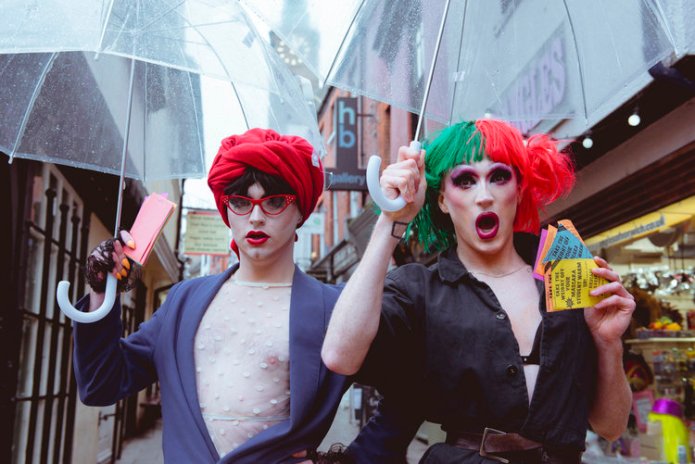 Inclusivity has been a defining factor in the development of The House of Daze. Reviving the drag scene in Norwich and promoting acceptance were the two main aims of the group. Drag mocks the gender roles our society has formed and its definitions of ‘Male’ and ‘Female’. During the interview we discussed working without boundaries in terms of dress sense, performative style and body hair – something Devil Child has been investigating through the recent choice to allow visible body hair during performances. These performers’ overt celebration of femininity comes through in their respect for performing and their desire to be the best queens they can be. However, in a patriarchal society, this can make many people uncomfortable, as The House of Daze learned during their ‘Pride on the Green’ performance Neon Summer of Love which took place as part of Norwich Pride 2018. Although everyone might not agree with the overt confrontation of the issues drag investigates, they are doing important work by shedding light on the ridiculousness of the societal gender roles and mocking the political systems that enforce them – all while having fun at their expense.

Unlike classic drag however, The House of Daze aim to avoid any snidey undertones that would lower the mood of the entertainment. They all stressed during the interview that in Take The Weight Off Your Mascara they aim to empower each other as well as the audience, while maintaining a fun competitive streak. Throughout the shows the audience is involved through jokes and questions, never through the pointing and shaming that some other drag acts favour. Without the audience there would be no show. Their support and enjoyment is what brings this artform to life. 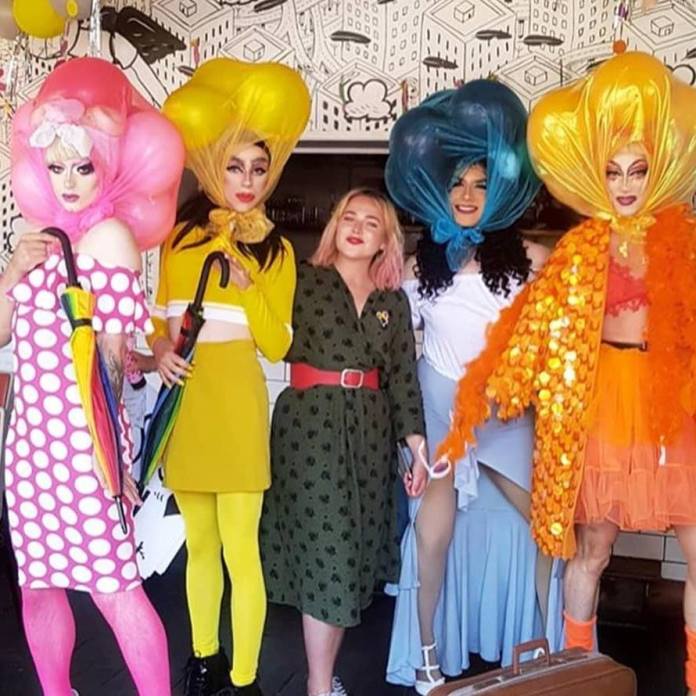 At the shows I attended the audiences were pretty age-diverse, which reflects well on The House of Daze‘s project of making their shows more inclusive. However, we did discuss how the choice to promote the shows primarily through digital means might exclude a number of people. In the digital age this is the most effective and time efficient form of promotion, and as none of the House of Daze performers work full time as drag queens this suits them well for now. Nonetheless, we agreed that moving onto other platforms to encourage more conversations about drag entertainment in the city could help promote this unique art form across the age ranges that may not yet have encountered its emerging glory.

The future plans for The House of Daze are very exciting. They plan to nourish other emerging talent to grow in their place – as Liv describes, “We want to grow a garden, not a singular plant that withers with age.” This positive outlook is slowly creating a network within the city where many can feel safe and accepted. The lighthearted nature of the performances throws mockery to the way in which our society shapes gender and value, while the collaborative process of staging them, both individual and collective, cultivates the queer culture of the city. The Norwich drag scene is alive and kicking!

The House of Daze will be staging a New Year’s Eve takeover at the Birdcage, throwing a bigger, better show than ever before to ring in 2019. Their next show is on the 21st of September. You can find The House of Daze and its performers at the following links: