On a recent trip to Mexico, I decided to take with me three books by authors of Latin American heritage, including two of Mexican background, and one Cuban. All were women. Aside from eating the most delicious chimichangas, learning about the ancient Mayan ruins, and climbing up the Ixmoja part of the Nohoch Mul, I spent a lot of my time reading these authors by the sea with a strawberry daiquiri. Within just one week I had nearly consumed them all and discovered a new love of Latin American writing. 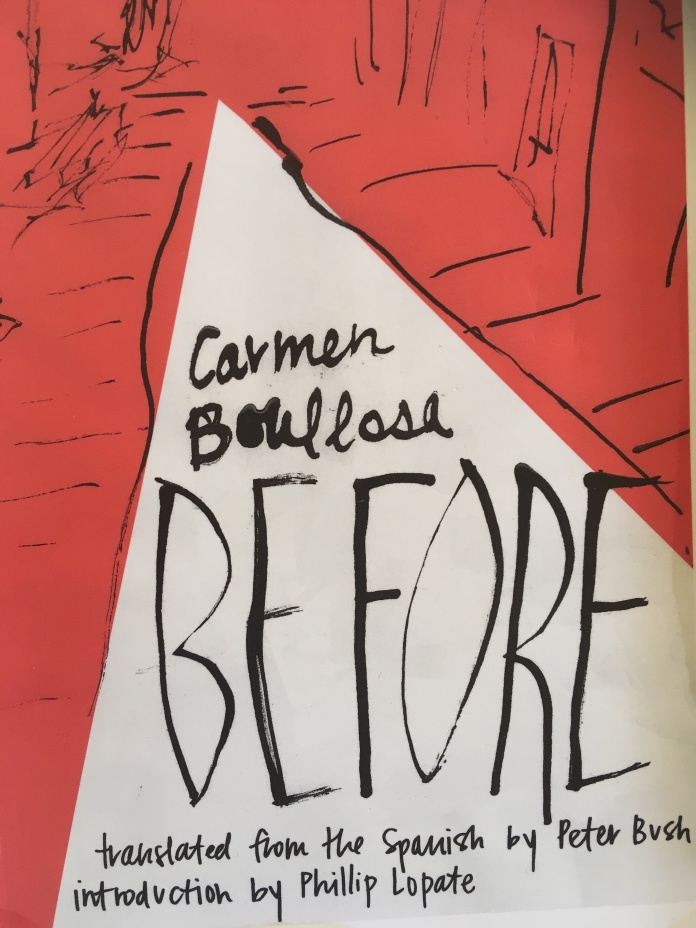 The first book I read was Before by Carmen Boullosa, a novella published in 1989, my birth year, renowned in her motherland of Mexico, yet only published in English twenty-seven years later in 2016 (translated by Peter Bush). I was impressed to find out that this was the first ever novel she wrote – her usual form being poetry. Though prose, there is a distinctive poetic quality to the writing, opening in second person.  It reads like a conversation, capturing an aural quality through its storytelling. The protagonist reflects on different parts of her childhood, with an expressiveness that provokes both humour and sadness. Surreal elements are woven into the everyday, as it turns into a ghost story.

Chloe Aridjis’ Book of Clouds – my second – is a full-length novel, and slightly more contemporary,  published in 2009. Having recently been on a trip to Berlin, I enjoyed the serendipity of the Mexican protagonist living in this German city, enabling me to picture some of the landmarks she speaks about. There was also a poetic quality to this writing, but less abstract and more grounded than Boullosa’s work. Beginning on a scene from a childhood holiday in Berlin, where the protagonist is adamant she has seen Hitler, the significance of this plays out later. I connected to the themes of home and belonging, having left a home I had made for myself in Spain to return to my family. There is this sense of distance and loneliness with the protagonist, who seems content in her life much of the time, in the way that you are when you enjoy your own company and become used to being independent and not having to compromise with anyone. There is a romance of sorts, but much of the novel focuses on the relationship with her employer.

Finally, published only last year, I read Her Body And Other Parties by Carmen Maria Machado, who is American but of mixed heritage with her father being Cuban (heading there next spring, I am also curious about reading more Cuban authors). The title alone packs a punch, and this collection of short stories is also infused with poetry as well as a psychological realism that blends with other genres to create eight unique pieces of writing. Each story was exciting as it played around with storytelling conventions in a different way, with the first making frequent references as to how it should be read, addressing the reader to take action at certain moments, offering an additional subtext to each scene. ‘Inventory’ lists a sexual history, while similarly offering chunks of stories within a story is ‘Especially Heinous’ describing 272 episodes of Law & Order: SVU. The other stories include ‘Mothers’, where a a baby is born into a lesbian relationship, where in tragicomedy, one of the women is called ‘Bad’; ‘Real Women Have Bodies’, an apocalyptic tale of fading women; ‘Eight Bites’, about fatness, food and relationships; ‘The Resident’, which explores creativity and mental health; and ‘Difficult at Parties’, which looks at the role of trauma in relationships.

Read so closely together, there did seem to be a quality to the writing that seemed distinctly Latin American. Typically this can be described as the use of magical realism, which is what evokes this idea of the poetic within the prose of these authors, whether a short story, novella, or full-length novel. Through each book there is a sense of its place in the history of Latin American literature, with Boullosa dealing with dark memories in a playful way, Aridjis providing a more international feel whilst putting Mexico City on the map through personal significance, and Machado presenting a contemporary, and at times futuristic, take on storytelling that also highlights queer voices. After dipping my toe into the sea of Latin American women writers, I am ready to dive in and explore some more.

All images by Carmina Masoliver