Back in the day, before Maggie had her way, there used to be a thriving northern powerhouse built on the foundations of a mining industry that provided thousands of jobs to people across a vast expanse of our fair isles. It was a dangerous job with the risks of explosions, cave-ins, and noxious fumes overpowering the brave men and women that dared descend into dark depths. One of the tools the miners had to protect themselves from some of the dangers of this perilous job was a tiny little yellow bird in a cage: a canary. When levels of noxious gases began to amass, this small bird would croak it, indicating to the miners it was time to get out. While hardly the most humane method of protecting themselves, it served its purpose and saved countless lives. The mines have now closed and canaries no longer employed to keep the miners safe, the metaphor however lives on, albeit in a somewhat larger capacity.

The African Baobab tree, known as the upside-down tree or Adansonia Adansonia to give its scientific classification, is the oldest living flowering plant and an iconic jewel of the continent. Remember when Rafiki made the finger painting of Simba in his treehouse home? That tree was a baobab. The baobab is a remarkable species: with a lifespan estimated to stretch to 3,000 years, the tree’s leaves are edible with a slightly spinach like flavour, the fruit has six times the vitamin C of oranges, and the seeds can be used as a coffee substitute or oil suitable for cooking and cosmetic products. That’s not all: the fruit can be made into a jam, the young shoots eaten like carrots, the bark can be turned into rope, hollow trunks used to store water as well as possessing a whole host of medicinal properties. The baobab is a truly fantastic species that has no doubt been utilised by human and animal alike for millennia.

The baobab is a remarkable species

It appears, however, that time is up for this majestic species. Having spent the last 12 years collecting data on height, wood volume, girth, and age from more than 60 separate trees across three continents, a group of Romanian, South African, and US researchers, publishing their findings in Nature Plants, have concluded that of the 13 oldest specimens, 9 are dead or are in the process of dying. Of these trees, located in Zimbabwe, Namibia, South Africa, Botswana, and Zambia, four died completely during the study period with the remaining five suffering significant partial death, which they believe will slowly consume the entire tree. The oldest of these trees, the Zimbabwean Panke baobab standing at nearly 100ft tall, was estimated to be over 2,500 years old before the researchers noticed it has ceased to produce any new growth.

Sadly, these are not the only ancient trees to find themselves at the end of their lifespans; whole forests in Idaho, Montana, and Wyoming have been dying off in unprecedented numbers. Although the team of biologists admit further research must be carried out in order to interpret this “unexpected and intriguing fact”, they speculate that the underlying reason for this catastrophic, species-wide decline is the ever rapidly changing climate. As a slow mover, the baobab is used to much more  gradual shifts in temperature and rainfall patterns than those of the human induced acceleration which the world’s climate is  enduring. 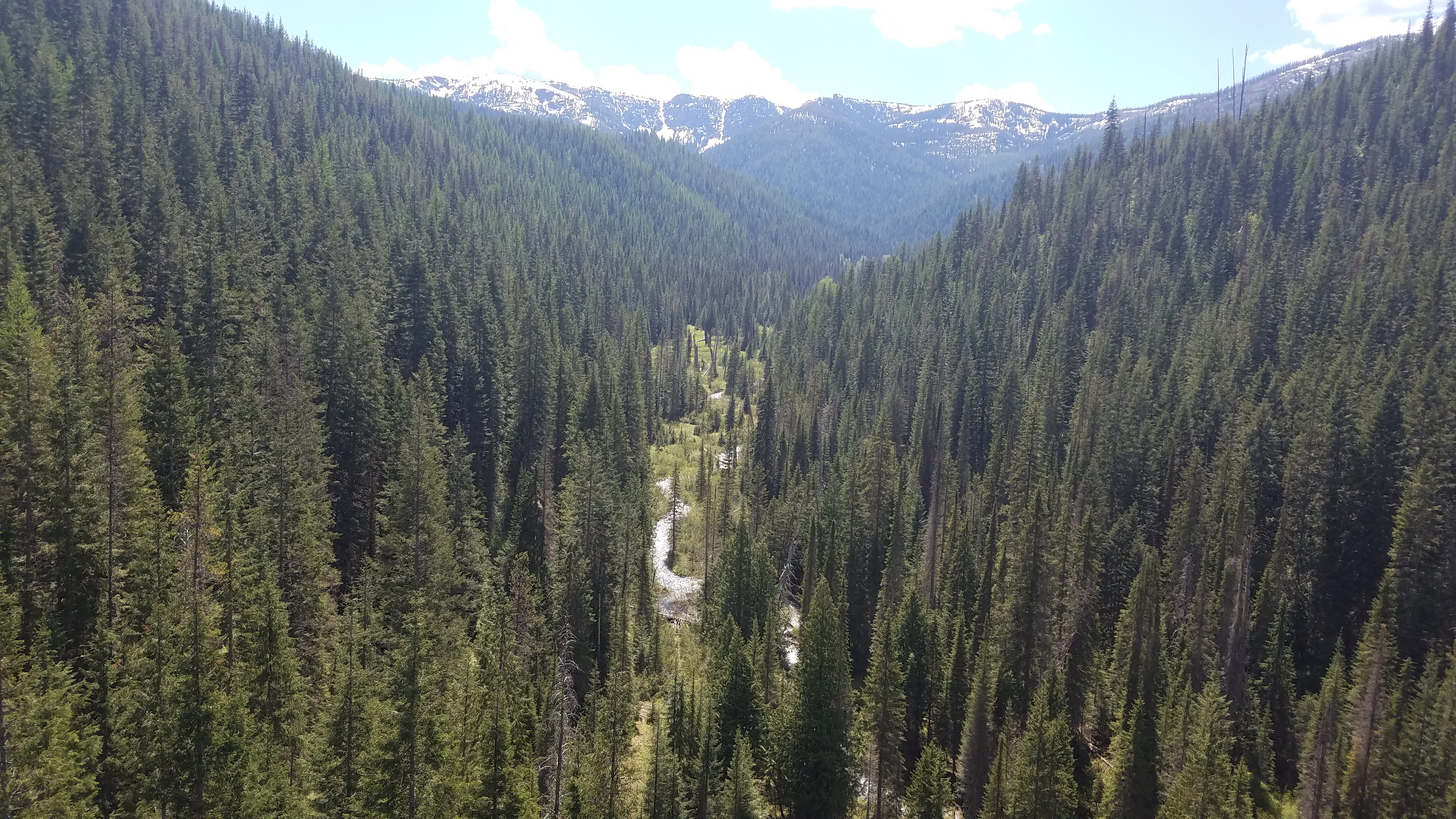 What we have here then – apart from a tragic loss of an awe inspiring species, iconic to one of the most biologically rich and diverse continents on the planet – is a giant canary. Similar to the tiny birds used as indicators of a malicious environment, the baobabs are offering us a two and a half thousand year old, 100ft early warning system. When trees that have seen countless human empires rise and fall give up the ghost, something is clearly wrong. When historians look back at this time (assuming civilisation manages to make it into the post-carbon world, that is!), no doubt the death of the baobabs will be cited as one of the key events that signified the decline of the delicately constructed biome that we call home.

One has to wonder what it will  take for us to change. Will the total eradication of all flora suffice? Or perhaps maybe only when we’ve managed to complete the 6th great extinction, eliminating all the animal life from the face of the planet as well, will there be enough motivation to kick carbon and convert to an energy source that won’t directly lead to the massacre of any remaining living thing on the face of the earth? One thing is for sure: if Rafiki wants a part in the Lion King 4 (it’ll probably be a thing), he’s going to need to find a new house.