If you think you are too small to make a difference, you haven’t spent the night with a mosquito.

Protests and demonstrations are an important part of democracy. They allow the people the opportunity to express their feelings about the behaviour of the state and its agents. They are a chance to point out society’s ills to those who can do something about it. But do they truly make a difference? Do those who are targeted by the protests feel their impact or are they just able to ignore (or worse) any public displays of anger or upset?

The election of Donald Trump saw mass protests take place across the US. Protests in Gaza have resulted in hundreds of deaths. Every G7 or G20 summit is greeted by demonstrations. In Nicaragua, protests against the government intensified after flippant remarks by the President, Daniel Noriega, and his wife, the Vice-President, demeaned the people. There have been protests in India over the caste system and the Supreme Court, in Tunisia against the cost of living, in Venezuela over the lack of food and medicine, and high inflation rates. The Women’s March globally, protests against abortion laws, the list goes on but the changes do not. Too often nothing seems to change. This is not to say that change should happen purely based on a protest but many protests are about the same thing. So what is the issue?

The marches of the 60s and 70s made a difference. They influenced people’s behaviour and irked the state. The anti-Vietnam War protests, for example, signified the distress of the people over the loss of life, on both sides of the conflict and, to a certain extent, influenced White House policy. The deaths of four students at Kent State University in 1970 showed the callousness of an administration that simply did not understand the feelings of the protesters. The demonstrations by French students and workers in 1968 have had profound effects on French society, and wider European ripples. Then, as now, the protesters were met by an overzealous state authority that resulted in injury and death. The purpose of law enforcement, in this context, has always seemed to be about protecting the interests of the state rather than the protection of citizen’s rights.

Have protests become overly-popular? Like a record over-played on the radio, protests risk becoming overused, diluting the power and strength that they pose, thereby risking targeted individuals or groups becoming desensitised. As a result, the reaction of protesters to being ignored becomes less anger-inducing, diminishing encouragement and support for such actions. Demonstrations are expressive opportunities for citizens to urge their government to reconsider their actions, something that seems to  not often be possible in massive numbers. 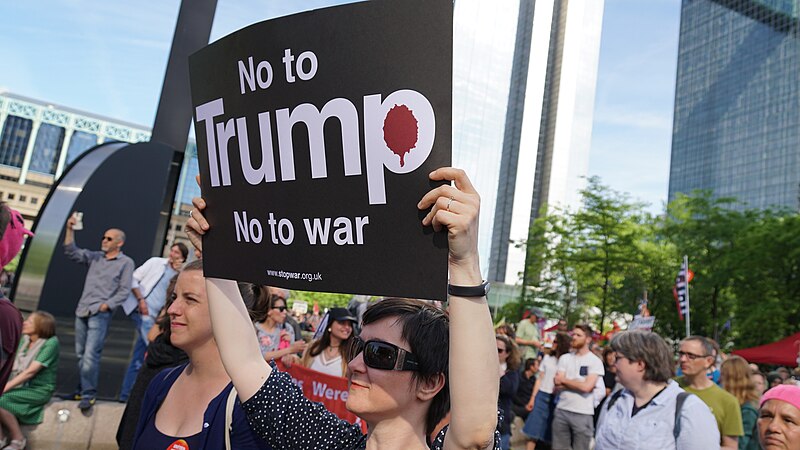 Protests are a regular sight enough that most won’t make it into mainstream media. Social media tends to react to such protests being ignored, alleging deliberate ignorance and blackout by the media. What is more likely is that society is suffering from protest-fatigue, an over saturation of the public space taken up by people demanding change in dwindling numbers, often supplanted by the ease of adding your signature to an online petition.

The managing of and security for protests has become very expensive, an issue brought out on a regular basis alongside the suggestion of charging protest organisers the cost for running a protest. Article 11 of the European Convention on human rights states that: “Everyone has the right to freedom of peaceful assembly and to freedom of association with others”. What will happen to the UK after Brexit? The Metropolitan Police have been vocal about the expenses of maintaining security at a march, and the government has already declared its intentions of creating its own Bill of Rights to replace the European convention. The policy-makers will be influenced by the loudest, most authoritative voice.

Protests are a regular sight enough that most won’t make it into mainstream media.

Protests and demonstrations have become plentiful. They convey meaning and thought, outrage and anger. They have the power to change yet rarely reach those kinds of heights. In a constantly politically-altering world, protests have become targets, infiltrated by agents of the state, let down by naivety and over-enthusiasm, examples of what happens when people run amok without a plan. Sometimes self-serving, other times the only remaining option, protests will not stop — nor should they. In the Global North, protests sometimes seem like first-world problems, an angry demonstration frustrated at the lack of decision-making or public service financing gone awry, only for people to fade away as quickly as they arrived to carry on with the finer aspects of their lives. In the Global South, protests are met with suspicion and violence, often led by the state and used as reasons to escalate higher levels of security and restrictions on personal freedom, manipulated in order to put political opponents and scapegoats in prison.

The state must not be allowed to attach a monetary value to a march. In order to prevent that happening, a march, a protest or a demonstration must become of a higher value in themselves. Simply waving placards and chanting in unison no longer appears to be sufficient in getting a reaction for a government. Protests make a cause visible and promote solidarity amongst those supporting it but they need to increase their effectiveness. Too often they include some element of violence, and this will only allow the state to distract from the true nature of the protest. Protests that don’t go well also cast a negative shadow over future protests. Protests must continue to inspire and to do that, results are needed. Perhaps it might be more effective to go after more modest, achievable targets, instead of demanding a change to the entire spectrum, which is never going to realistically happen in one fell swoop. Either way, changes need to happen soon because it might just be that while we are distracted protesting, the ability to protest is taken from us.