Have you heard the news? America has solved sex trafficking. With the passage of SESTA/FOSTA, it will become a thing of the past, the internet will be safer and Freedom™ wins again. What’s that? You haven’t heard of this miraculous new law? Here’s how it works.

SESTA/FOSTA is a hybrid of two separate ‘sex-trafficking’ bills. The first, SESTA, is the Stop Enabling Sex Traffickers Act of 2017 while the second, FOSTA, is the Fight Online Sex Trafficking Act. In a vote of 97-2 these bills were passed by the Senate on 21/3/2018. They basically remove sections of an earlier law, passed in 1996 called the Communications Decency Act. This original law had a section, 230, that protected website owners from the content published by their users. Essentially, what SESTA/FOSTA does is remove this. Online platfoms are now legally responsible for the content of their users.

The aim of this is to get websites policing their own content more carefully by making them culpable for any posts pertaining to sex-trafficking. So far, so good. If we can get websites monitoring and flushing out this kind of content, then hopefully we can crack down on the whole trafficking industry.

Except, not really. This kind of legislation is incredibly worrying for (actual) freedom of speech and net neutrality. Given the furore over the FCC’s ruling on net neutrality, it’s baffling that this has flown slightly under the radar. Perhaps because at the moment the impact of SESTA/FOSTA is only being felt by certain internet communities. Craigslist removed its ‘Personals’ listings within hours of the bill being passed and Reddit updated their content policy to prevent discussion of ‘Paid services involving physical sexual contact’, killing numerous subreddits, including but not limited to r/Escorts, r/MaleEscorts, r/Hookers, and r/SugarDaddy in the process.

To add to this, sex workers and content producers are now having their Google Drives targeted. Google Drive users are finding that their content is vanishing with no warning. Granted in the Google Drive programme policies it specifically says that users cannot ‘publish sexually explicit or pornographic images or videos’ unless they ‘serve a clear educational, scientific, or artistic purpose’ which is so nebulous an exception as to be worthless. What counts as an ‘artistic purpose’? Does it include a nude model storing photos online? And the fact that writing about ‘adult topics’ is fine as long as it has no accompanying images is frankly bizarre. So you can’t depict a consensual act in photos but you can write about anything that doesn’t include ‘unlawful or inappropriate sexual acts with children or animals’.

Another section of the internet that’s at risk: dating sites. Yup, that’s right, good old Tinder and Grindr are watching their backs. As an online platform can now be held legally responsible for sex trafficking happening on their sites, and dating apps fall into that category under SESTA/FOSTA, their future is up for debate. While these sites are obviously primarily used for dating that doesn’t mean that exploitative or illegal transactions don’t occur on them. So again, keep a look out for the impact that the passage of this bill has on your online dating life.

So if you’re in a long distance relationship, enjoy your fully clothed Skype sex.

Beyond the chilling effect this will have on internet freedom, the real-life danger to sex workers is startling. The conflation of sex-trafficking with sex work has always been an issue. America’s laws around sex work have always been contentious. With the passage of SESTA/FOSTA, that’s brought into even sharper relief. Prostitution is illegal in all US states but Nevada and even there it’s restricted. Under FOSTA, sites that promote prostitution are conflated with sex-trafficking sites. 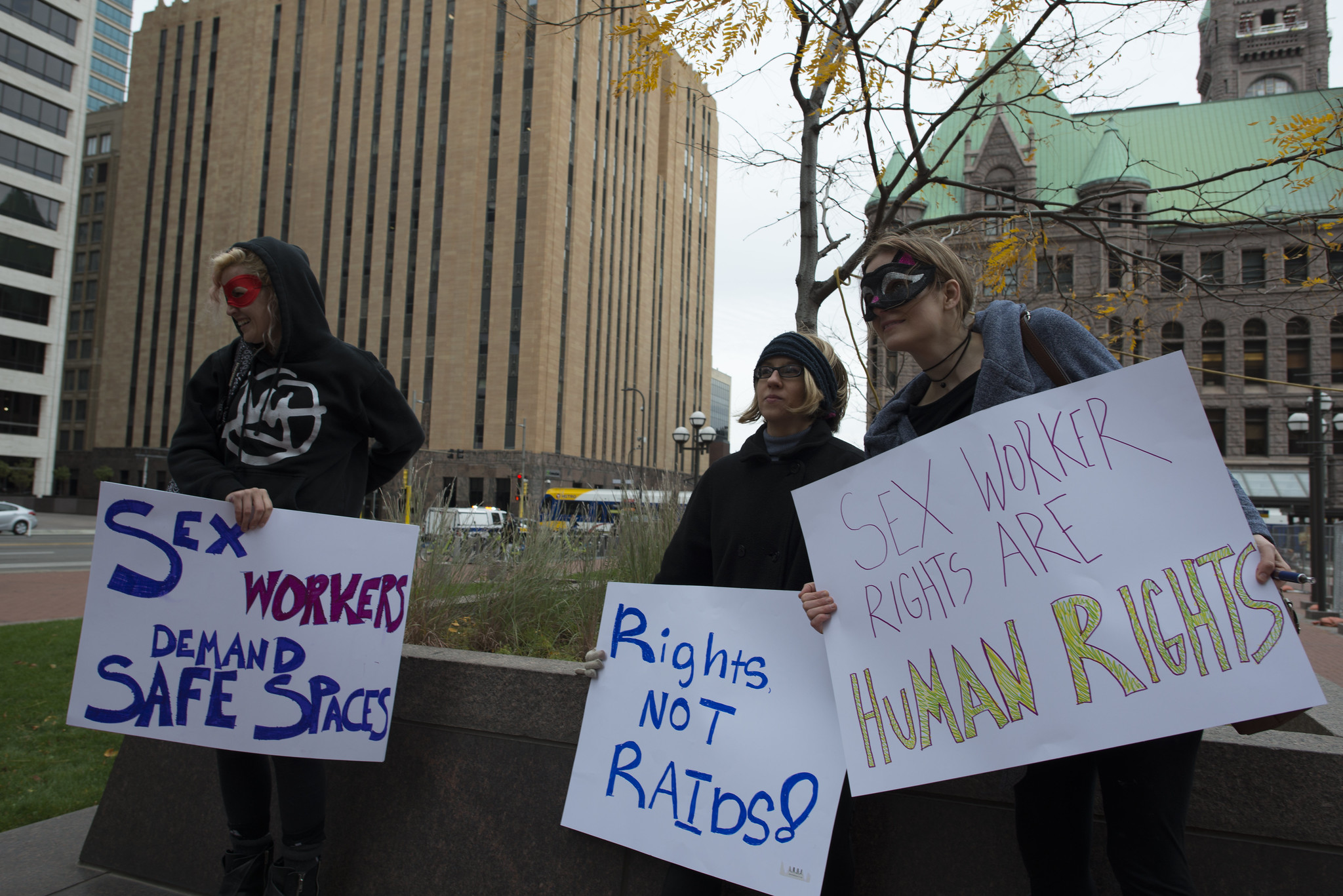 But what does that actually mean? In a nutshell, it’s removing protections for an already vulnerable population. As Lorelei Lee, adult performer, said on her Instagram: ‘This bill claims to target human trafficking, but does so by creating new penalties for online platforms that are overwhelmingly used by consensual, adult sex workers to screen clients, to share “bad date lists,” to work indoors, and to otherwise communicate with each other about ways to stay alive.’ Access to websites such as the contentious Backpage (recently closed under SESTA/FOSTA) and others allow sex workers to do this, decreasing risk of violence against them and giving them some measure of control over who they work with.

By shutting these sites down, the US government hasn’t solved sex-trafficking, hasn’t stopped sex work. They’ve just pushed it underground, where it will become even harder for those in need to seek help. It’s not about morality, or even what they claim the act to be about, saving victims of sex-trafficking. As Steven W Thrasher says in The Guardian, ‘the real sex panic is… due to the patriarchal, homophobic, transantagonistic, theocratic desire of the US Congress to control sex workers – and, by extension, to smother the sexual desires of any of us who don’t want to conform to their puritanical ways.’