The Welsh National anthem was the first anthem to ever be sung at a sporting event. In 1905, when Wales played the New Zealand rugby team for the first time. Declining to sing the official “God Bless the Prince of Wales”, the crowd gave a spontaneous rendition of “Hen Wlad Fy Nhadau” in response to the All Blacks’ Haka. The song became a staple of Welsh sporting events from then on. Although until 1975 organisers refused to let the anthem be sung unless accompanied by “God Save the Queen”.

The song was originally penned “Glan Rhondda” by a harpist and weaver called James James (Iago ap Ieuan) in Pontypridd in 1856. He is said to have come up with the tune while strolling along the banks of the River Rhondda, an unlikely muse, as it was possibly the most industrialised and heavily polluted river in Wales for over a century. Pontypridd in the 1800s was a black tangle of industry nestled around the confluence of the Taff and the Rhondda rivers. The dirty, turbulent and sometimes  lawless town was nicknamed the ‘Wild West’. There were fifteen separate collieries operating, as well as several metal works producing steel, iron and tin. The Taff Vale Railway which passed through the centre of the town, brought a constant din of freight trains hauling material away every two to three minutes.

Coal and iron were needed to fuel England’s wars in the 18th and 19th centuries, and Wales had plenty. The South Wales Coalfield was the largest in the world, and Cardiff became the world’s biggest coal port, with the world’s coal prices being set by the Cardiff Coal Exchange. Coal was needed to produce iron, and by 1830 Monmouthshire and East Glamorgan alone produced half of Britain’s iron. From the late 18th century to the early 20th, there was no area in Wales and no resource which was left unexploited. Copper, iron, lead, zinc, gold, silver, slate, and stone were all tore from the earth on an enormous scale. Wales was at one point home to the largest copper mine, largest slate mine and largest coal field in the world. By 1913, 35% of the tonnage of all British exports left through the ports of South Wales.

Wales suffered the environmental and human cost of this boom, but saw very little of the profit. Development and prospecting was led almost entirely by English businessmen and aristocrats. Absentee landlords owned the vast majority of industrial and agricultural lands, whilst ‘local’ English families like the Talbots and Butes, were instrumental in building the necessary infrastructure to transport the resources back to England.

Whilst absentee English capitalists profited, Welsh people provided the human capital for the resource extraction. Swathes of the countryside were emptied as farmers moved to the blackened industrial towns. Here they gave their health and often their lives to the pits, the quarries, and the furnaces. Unlike in industrialising areas of the North of England, Wales never developed a craft based economy off the back of the industry. Wales produced capital, not goods, so the local populace were used purely for labour rather than secondary craft production. The deprivation of rural life meant a continual stream of workers to supply the wheels of industry which, though gruelling, ensured famine never struck. British Prime Minister Herbert H. Asquith said in 1905 “I would sooner go to hell than to Wales”. 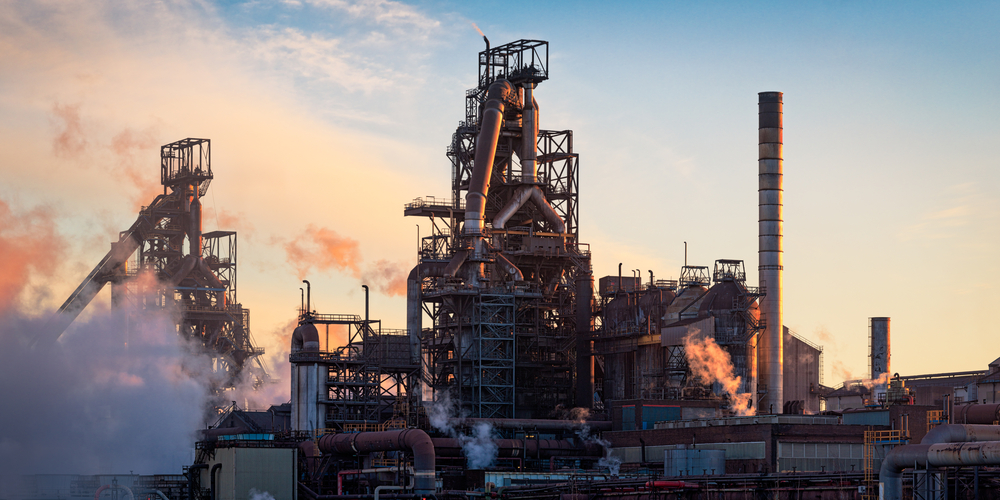 An unintended consequence of this worker migration was the creation of a mostly Welsh-speaking urban proletariat. Out of these communities grew the beginnings of Trade Unionism in Wales. The 1831 Merthyr Rising was the largest workers revolt to have taken place in Britain, and the first in which the Red Flag (a rag soaked in cow’s blood) was waved to symbolise workers’ power. When Dic Penderyn, a miner accused of stabbing a soldier with a bayonet, was hanged as an example to other rebels, his last words were:

During most of the industrial history of the country, Welsh people had been barred from holding elite office by language, and later on account of their Nonconformity. The Risings represented a turning point for Trade Unionism, politics and identity in Wales.

Workers began putting their money into health centres for their communities, into the creation of miner’s institutes for self-education. Class, above nationality, became the unifying force in Wales. Much of what is now considered to be ‘traditional’ culture in South Wales (rugby, choir, parish, carnival), was borne out of working class industrial communities. As the twentieth century progressed, industry declined and a distinct Welsh political voice calling for self-determination began to grow.

This process was accelerated in 1965 when the Welsh-only-speaking village of Capel Celyn was flooded to supply water to Liverpool and Wirral. The order was given by a private bill from Liverpool City Council, against the express wishes of locals and Welsh politicians in Whitehall. The apparent powerlessness of the combined will of Welsh politics to defy the wishes of a single English council was a rebirth moment for the Welsh Nationalist movement.

The apparent powerlessness of the combined will of Welsh politics to defy the wishes of a single English council was a rebirth moment for the Welsh Nationalist movement.

The beginnings of decolonisation in Wales came in the 1990s. The Welsh Language Act in 1993 overturned centuries of linguistic oppression and granted Welsh full equality with English in public life in Wales. Then, in 1999, a Welsh government was finally restored, after almost 800 years of conquest, rebellion and exploitation. 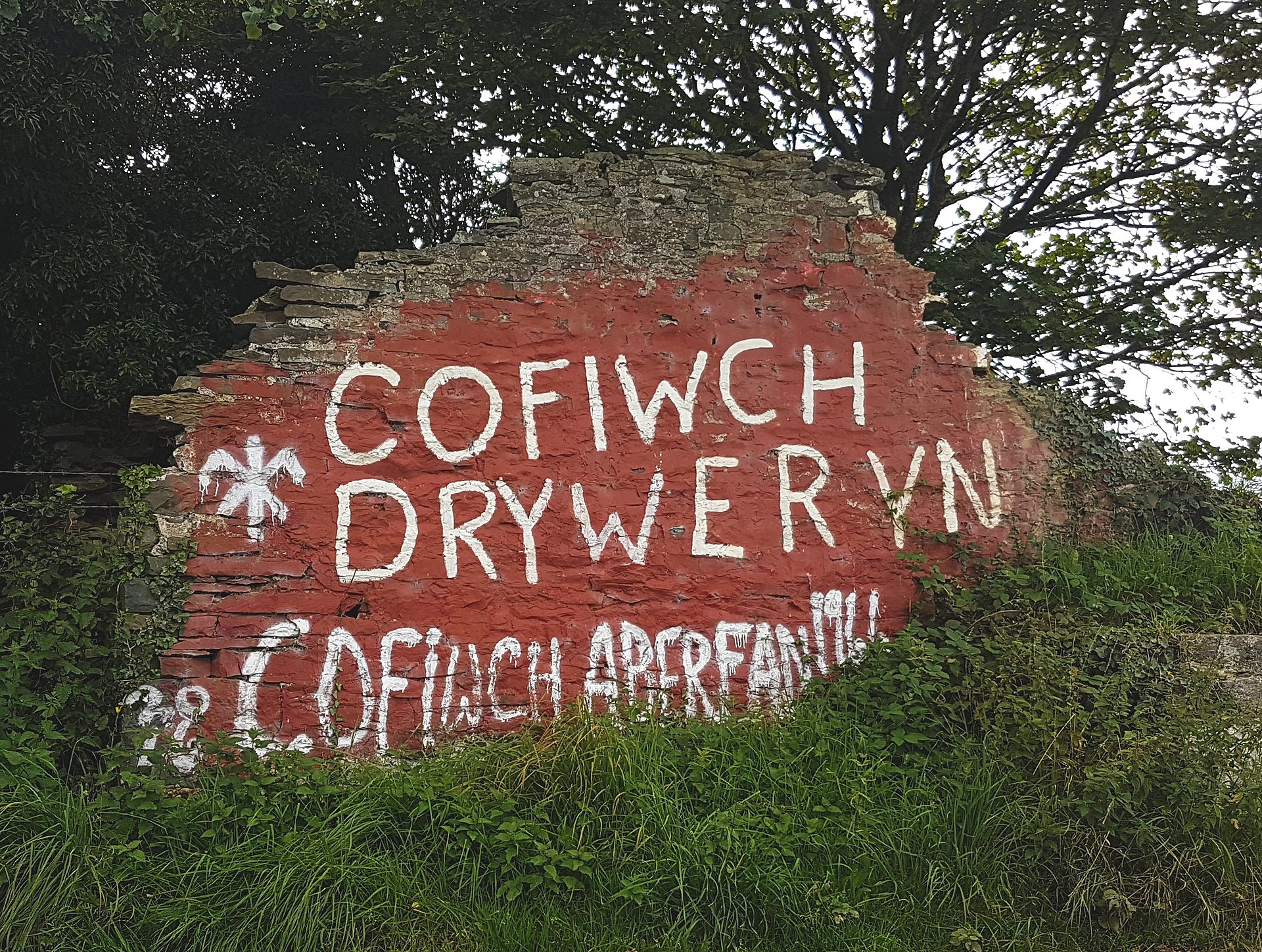 (The fading words “Cofiwch Dryweryn” (Remember Tryweryn) are the unofficial memorial to Capel Celyn in Gwynedd. Oiginally in the 1960’s it has been adapted and painted several times. The text was recently added to remember the Aberfan disaster in 1966. / Graffiti wall adjacent to the A487 near Llanrhystud, Aberystwyth. Photo: Wikipedia)

The wounds left from extractive economic structures, historical social divisions, and cultural assimilation will take far longer to overcome. Thatcher’s defeat of the National Miners Union in 1985 led to the near complete withdrawal of heavy industry from Wales in less than a decade. Hundreds of thousands lost their jobs, communities were made redundant, and three generations left unemployed in isolated ex-industrial towns in the middle of nowhere. Westminster’s war on the miners cost billions of pounds in revenue loss, a further £2 billion in miners’ redundancy, and a blank cheque to fund the huge unemployment benefit bill left behind.

The sudden departure of industries employing nearly 40% of the nation exposed our dependence on English supply and demand. The nature of capital extraction to serve English wants meant that Wales never developed independent enterprise, or even a secondary manufacturing industry. The result is visible across the country –  in the resource-stripped-and-abandoned southern valleys; in the isolated, depopulated and impoverished rural heartlands; in our infrastructure, which was designed not to connect communities, but to expediently transfer our resources out of the country.

Today, a train from Swansea to Aberystwyth, only sixty miles away, takes five and a half hours and a 200 mile journey through England to complete. The North-South cultural divide is as much about lack of infrastructure as it is about historic division of territories by conquest. It represents our duality of culture, country and town, Welsh-speaking and English-speaking. These are divisions first created by planter settlements, later encouraged by linguistic assimilation, and then cemented by modern resource exploitation.

Today, a train from Swansea to Aberystwyth, only sixty miles away, takes five and a half hours and a 200 mile journey through England to complete.

Psychologically, we are still in the process of decolonising. Wales has been a partner, both willing and unwilling, throughout the history of English Imperialism. At its birth, we provided the template, for centuries later we acted as the colonial foil, the civilised savage. When Empire hit the big time, we sacrificed our land and lives to fuel British global ambitions. We fancied ourselves as equal partners in colonising. We were not victims of the British Empire, we were the British Empire! The colonial tactic of using the already conquered to conquer the next was effectively implemented. Unlike Scotland, who joined England in an Act of Union with a conjoined royal house, Wales was annexed, our royal house executed long ago. Our country is now ceremonially granted, like a graduation gift, to the heir apparent to the English throne. We followed England in imperialist nostalgia and dutifully voted against our own interests in the Brexit Referendum: opting for the vague promise of Westminster handouts over the £680 million worth of funding the EU provides the Welsh Government annually. 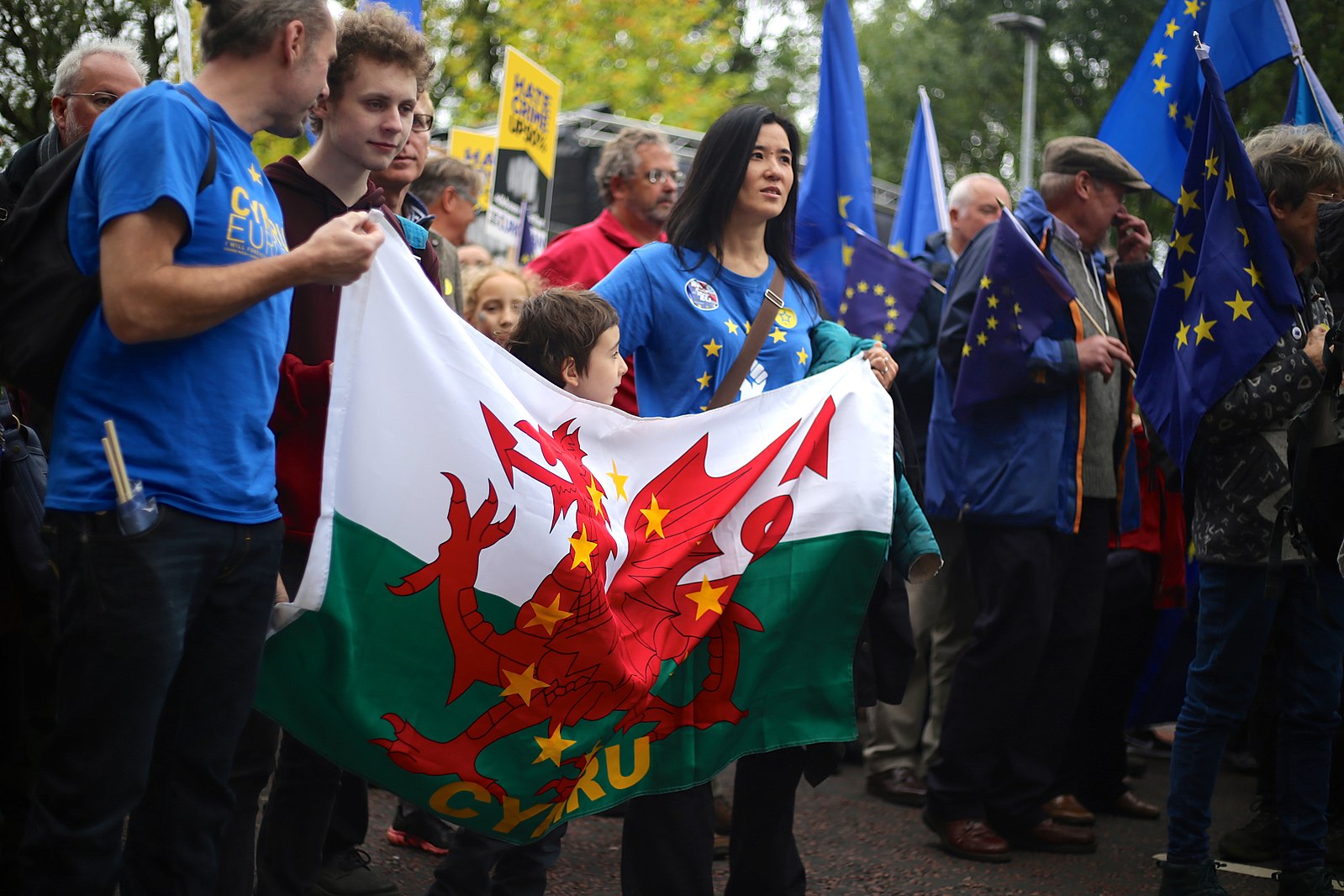 Our own political and cultural enslavement has been built upon successive stages of colonisation and imperialist narratives, which go back to the early conquests of Wales. In order for us to move beyond postcolonialism, we must first accept its existence. Our role in Empire should be critically acknowledged. Our sense of self as defined as other to England should be shelved. Our collective tendency to look backwards rather than to the future must be recognised as holding Wales back. Austerity driven, inequality ridden England is hardly the best role model for an emerging, devolved nation to emulate.

We have the chance to utilise the best of our cymreictod, our Welshness, to build a modern and mature Wales. We have the chance to be united, to be green, to be tolerant, to be queer, to be multicultural, and to keep our sense of community. We can be unabashedly passionate, unapologetically working-class; we can uphold social welfare, and we can be pro-business. And yes, we can still do carnifal, play druids at the Eisteddfod, attempt to harmonise when we sing penblwydd hapus, wear oversized onions on March 1st, and be utterly irrational about sport.

Cartref yw cartref, er tloted y bo, home is home, however poor it may be – but we don’t have to accept that as our lot, because that’s the way it’s always been.

One thought on “DECOLONISE WALES: II”