There’s something weirdly intimate about being curled up in a corner of a bed, completely naked and sobbing uncontrollably, unable to catch your breath and being very conscious of the wet space between your legs where a warm body was just seconds ago. The face belonging to this body is now centimetres away from my face, asking too many questions, and panicking more than I am.

“Do you need an ambulance? Do you need some water? How can I help?” Too many questions. I can’t even breathe properly right now, so answering even one of these isn’t an option. Explaining that I have PTSD as a result of sexual assault isn’t even on my radar. I look him in the eyes, and I internally scream for him to shut the fuck up. His face softens as he seems to understand. He puts his hand on my cheek, wiping away tears with his thumb and starts breathing slowly, deeply, deliberately. He crawls into the space next to me, scooping me up, and putting me in his lap so that I can can  feel the soothing ocean-like waves of his breathing, so I can control mine.

These short lived relationships gave me a chance to run away and pretend to be whomever I wanted people to think I was.

I met Eric on Tinder; a tree surgeon with a love of the outdoors, dogs, and spicy food. I was not on Tinder for love, I was not on Tinder for sex. I was on Tinder to try and pass some time, and to get to know new people. That honeymoon period where everything is new and you know nothing about each other was the best bit for me. It’s all the joy of flirting, it’s all the fun without any of the seriousness of opening up the dusty cupboards and drawers of each other’s past, deciding whether you want or don’t want to put up with their shit. These short lived relationships gave me a chance to run away and pretend to be whomever I wanted people to think I was.

Eric was supposed to be one of these escapes too, but after months of chatting online and meeting him in person, I realised the fun that I had with him was too good to give up. After all, we were both persistent in our statements that neither of us had emotional feelings for the other, aside from being friends. Close enough to each other to undress our bodies, far away enough not to undress our minds. 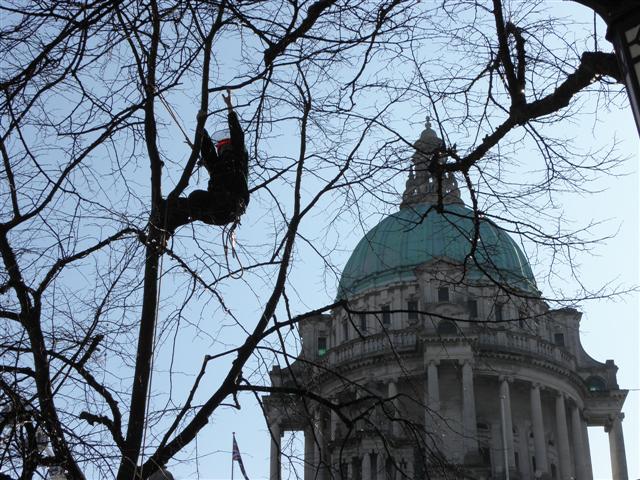 The thing about PTSD is that, just like my attitude to relationships at the time, it is very much surface level. It can appear without much warning, taking over both mind and body in seconds. Unfortunately, it takes a little bit longer than seconds to explain and I wanted no such relationship where it was a conversation that I had to have. I was under the impression that I was too fucked up to ever be loved, and the thought of swiping right until I found someone who was willing to deal with me was a daunting task that I did not have the patience or energy for.

I told Eric about my condition after my first panic attack in front of him. I’d hidden it from him for so long, I just figured that this incident was a sign that this already overdue fling was over. I arrived home to a text message from him saying “Hope you got home safe. When can I see you next? X”.

After about a year bouncing from date to date, including a brief relationship with someone who didn’t understand that not letting me leave his apartment was anxiety inducing, another that ended because he thought “it was inappropriate to be fucking someone in my condition”, and a short course of group therapy leading to a long waiting list for individual CBT, I started seeing my beautiful tree surgeon again. He confided in me about his share of messy relationships since we last saw each other, and expressed anger at the people that I had tried to let into my life. It was a comfortable space for both of us to seductively strip back each other’s layers, revealing more and more of ourselves.

Eric helped me heal, grow, and cut out any parts that were self-destructive so that I could continue to flourish.

Not long after I commenced CBT, the inevitable “Let’s see where this goes, babe xx” text arrived and we began to learn loving each other as I began relearning to love myself. As he does with trees, Eric helped me heal, grow, and cut out any parts that were self-destructive so that I could continue to flourish. When you cut off deadwood from a tree, it carries on with its life, but it no longer wastes energy on the part that wasn’t helping or contributing to its longevity. You can see the knot where the deadwood once was: it starts off sappy and exposed but eventually heals over, not stopping the great tree from basking in the sunlight and growing stronger. I have cut off my deadwood, my knot is mending and, combined with the efforts of my therapy, my mind and body are again connected, and my trauma processed so that it no longer rules my life.

This is my love story. I am basking in sunlight again.

One thought on “THIS IS MY LOVE STORY”