Last week President Trump, with a push of his tiny thumb, attacked Palestinian leadership via Twitter and threatened to cut all US funding to Palestinian recipients. His angry tweets were in response to unrest across the occupied territories following his December recognition of Jerusalem as the capital of Israel, “that the Jewish people established in ancient times”. Despite the fact this came from Donald Trump, he does pose an interesting point. How accurate is this claim? How far back do the State of Israel’s ties to the land really go?

The territory that biblical Israelites were exiled from is about as similar to the modern Israeli state as Romano-Britain is to the United Kingdom. It’s like saying the English have a claim to Northern France or Scandinavia because some of their ancestors came from those places over a thousand years ago. This isn’t to say that the modern state has no right to exist, but Israel as we know it began in 1948 and the search for an ancient and continuous Israeli nation is much more ambiguous than the Donald is letting on.

The earliest mention of Israel as a distinct entity is found in a small passage of an Egyptian victory stele (below), commissioned for Pharaoh Merneptah. The stele mentions ‘Israel’ both in the sense of a nomadic tribe without a fixed city-state, and as a defeated nation state in the phrase ‘bare of seed’ (implying a city’s grain store had been destroyed and they no longer posed a threat to Egypt.)

What little evidence there is points towards an exodus group of Hebrews entering Canaan around the 13th century BCE. They brought with them a new religion picked up in the desert between Egypt and Canaan, called Yahwism, unrecognisable to modern Judaism. This core group quickly merged with local populations and spread the religion of Yahweh to include Canaanite tribes. The politicized search for ancient Israel as a specifically Jewish nation-state continues however, and in  1948 the provisional State Council in Tel Aviv proclaimed “the reestablishing in Eretz-Israel the Jewish state”.

Zionist scholarship has invested considerable resources into the search for ancient Israel, but also into the deliberate exclusion of Palestine’s history. In 1920, a Naming Committee was created to give Hebrew names back to lands recently purchased by Zionist colonists. The committee was reinstated by Ben Gurion in 1949 following the Arab-Israeli War and consisted of archaeologists and biblical scholars whose purpose was to Hebraize Palestine, and create a geography that matched religious accounts of ancient Israel. The re-naming exercise was as much about reinventing an ancient Jewish terrain as it was about removing evidence of Palestinian Arab history in the region.

More recently, the planting of conifer forests over the ruins of Palestinian villages has been used to similar effect. Obscuring the original Palestinian heritage not only denies the history of the Nakba but incorporates the heritage sites into Israel’s meta-narrative of its deep past. These green sites around Israel are strategically placed to cover the remains of Palestine’s villages, whose residents were evicted in the creation of Israel. Rather than completely bulldozing the villages and erasing the history, the ruins have been naturalized, rendered into an ancient aspect of the terrain. They are presented as an immutable, age long presence in the landscape, even though most were still inhabited only seventy years ago. Sites that remained occupied after the Nakba were renamed and given historical significance dating back to Second Temple Judaism, the Biblical, and Talmudic past. Thus the village of Majdal became Biblical Ashkelon, Tirat Haifa became Tirat Carmel (Mt. Carmel) and Lydda and Ramle became Lod, the valley of craftsmen.

Whilst archaeological evidence is neutral, its interpretation is not.

Whilst archaeological evidence is neutral, its interpretation is not. Though the archaeology clearly indicates an Israel rose and fell in the Iron Age, the exploration of this cannot be divorced from the present Israeli-Palestinian conflict. Israel’s search for evidence to support the narrative of its ancient self is not simply a construction of the past, but a construction and legitimization of contemporary identity and power.

The Zionist archaeological project goes further than simply providing impetus for a political narrative, it also provides legitimacy for physical expansion. The building of illegal settlements on Palestinian land is frequently preempted by the excavation of a Jewish archaeological site in the area. In discovering a site which is deemed to be part of wider Jewish heritage, it lays a claim to the land through its ethno-religious character. In addition to using archaeology to further the Zionist project in physical space, the Israel Antiquities Authority has destroyed several ancient Palestinian archaeological sites and artefacts, either to make way for settlement development or to erase Palestine’s counter historical narrative. According to the Al-Aqsa Foundation for Endowment and Heritage, continued excavations around the third holiest site in Islam are confiscating land and destroying Islamic archaeology dating back to the Abbasid Caliphate.

The use of archaeology to prop up nationalism is not a new concept. However there are few cases in academia where archaeology has been given such political precedent, or manipulated to such a degree as it has been in Israel. The tenuous nature of the claims to cultural continuity in the region, and the outright denial of multiculturalism exhibited in the archaeology, are rarely subject to public, academic or political scrutiny. 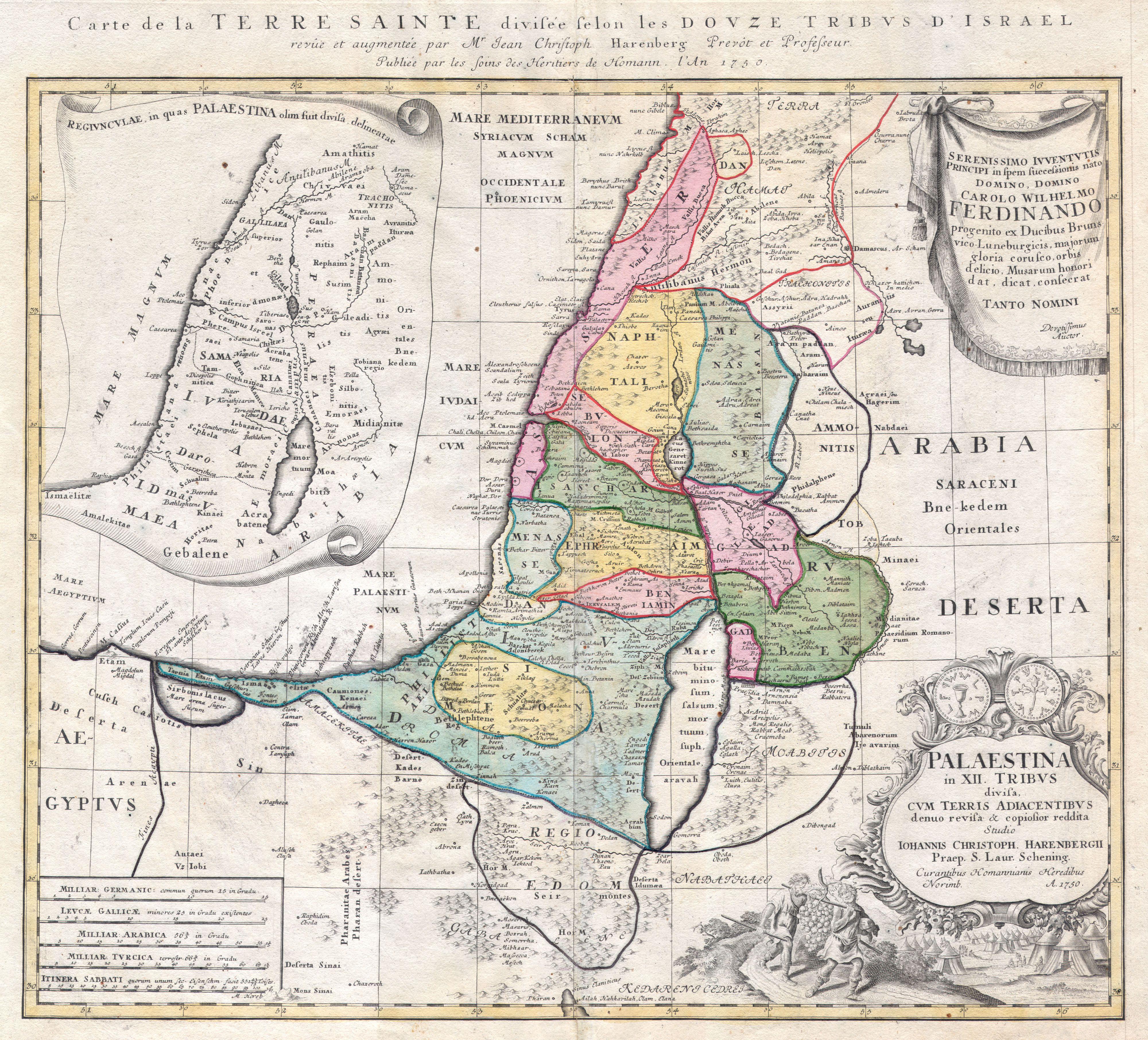 When dealing with pre-state Palestine, Israeli textbooks reinforce the idea of a Jewish homeland which has been conquered by various peoples, of which the Arabs are merely one. There is a theme of the land being neglected up until 1948 when the state of Israel was re-established, and the land rejuvenated. In the history of Eretz-Israel, the Arab population is rarely mentioned, even though they inhabited the land for over a thousand years. When they are mentioned, it is in the context of one of the many problems which the early Zionist settlers had to contend with when building their new lives in the Holy Land. President Trump even played into this idea of Israel emerging green and plentiful from the desert in his speech in May at the Israel Museum in Jerusalem.

In searching for avenues of reconciliation between Palestine and Israel, the overwhelming obstacle that these core beliefs pose cannot be overstated. Zionism is entirely predicated on its historical narrative. While in many other cases the past can be re-worked or sidelined, the imperative principle that Israel is a continuation of its legitimate ancient self, in archaeo-religious terms, is an unshakeable cornerstone of Zionism.

The Israeli-Palestinian conflict is not fought solely through arms, walls and blockades but also through trowels and shovels in trenches across Palestine.

President Trump made it clear to Palestinians that they “must come to the table willing to accept that Israel is a Jewish state and it will forever exist as a Jewish state.” His recognition of the ethnocratic nature of Israel now, and forever, fulfils the narrative of a continuous and eternal Israel. The idea of a shared religion is what connects the ancient and the modern, and is the only sense of continuation of a Hebrew state in the region. This severely hinders any peace process, as an Arab narrative, and even an Arab material existence in the region, undermines the legitimacy of an Israel based on Zionist historical revisionism.

The Israeli-Palestinian conflict is not fought solely through arms, walls and blockades but also through trowels and shovels in trenches across Palestine. Archaeology which fits with the Judaic character of the region underpins these constructions of history, and reinforces the legitimacy of Zionism. In the meantime, Palestine is losing the fight to reclaim its place in the archaeology of the region as well as in the modern-day territory. Providing that Zionist Settler-Colonialism continues to be the driving political force in Israel’s interactions with Palestine, any efforts to accommodate Palestinians into a multicultural or multi-state system are doomed to come up against this insurmountable ideological barrier.

One thought on “DIGGING FOR PALESTINE IN THE AGE OF TRUMP”