That being said, there are also currently around 50,000 African Migrants in Israel, most of whom are from Eritrea or Sudan. Under the UN Refugee Convention (signed by Israel in 1954) no migrant can be forcibly returned to their country of origin. Israel currently abides by this convention, but systematically refuses to grant asylum to refugees, irrespective of their status and the potential danger and persecution they have fled.

Israel’s Foreign Ministry spokesman, Emmanuel Nahshon, recently spewed out the reason for the impasse: Asylum seekers threaten Israel’s identity. The Israeli cabinet has now approved the morally repugnant Holot migrant detention centre, in Israel’s Negev desert, for closure. As a result, two options were laid on the table: step up deportations or jail those who refuse to leave Israel.

It goes without saying, that under the military rule of the Israeli Defence Force (IDF),  Palestinians in the occupied territories are subject to a toxic brew of racialised discrimination

Last week, Israel’s kleptocrat in chief, Benjamin Netanyahu, entered the fray with the disclosure that he was investigating the feasibility of forcible deportation. The plan, according to reports, is to weigh up the possibility of forced expulsion, as a backup to the plan to offer up to 40,000 migrants deportation, inclusive of cash payment (approx $3500 USD), as opposed to indefinite incarceration in Israel’s prison system (which would occur expense to the Israeli state).

Here is the rub. The peculiar reality of Israel’s purported democracy is that the very idea of a ‘Jewish state’ discriminates against non-Jewish people. It is racist by definition. The concept of a ‘Jewish state’ – that privileges one group of citizens of  a particular “ethnic” denomination – directly contradicts the idea of democracy, given that Israel is a multi-cultural society.

It goes without saying, that under the military rule of the Israeli Defence Force (IDF),  Palestinians in the occupied territories are subject to a toxic brew of racialised discrimination and the brutality of occupation, where the frontiers of their land are marked by checkpoints, barracks and police stations.

The original colonial settlers in historic Palestine were European Zionists. In today’s Israel, Jews of European and American descent (Ashkenazi) continue to enjoy privileged status, within the hierarchy of Israeli society. As the Zionist project progressed, Jews from the Arab world (Mizrahim, literally “those of the East”) came to Israel both through active recruitment, as well as of their own volition. However, given the colonial nature of the Zionist settlement, as Susan Abulhawa and many others have pointed out, “the Jews of the Arab world were seen as incomplete, barbaric, dirty, uncivilised”. Despite being an immigrant society, battles for recognition between Jewish people of colour and the Israeli establishment rage on unabated.

The history of discrimination is dark indeed. Tragically, the annals of early Israeli history contain stories of ‘stolen generations’ of Mizrahi Jewish babies from their families. The children were taken into state care, or handed over to wealthy Ashkenazi families in Israel and abroad. Policies of “assimilation” underwrite the sinister nature of manifest destiny in the history of settler colonialism. From Australia’s attempt to ‘breed out the colour’ of its aboriginal population, and the dark history of Canada’s residential school system, through to attempts to “Americanise” native peoples . The aim: to strip language and culture from the “savage”, so that one might “kill the Indian, and save the man”, in the words of Capt. Richard H. Pratt, founder and superintendent of the Carlisle Indian Industrial School, Pennsylvania (1879-1918).

In many respects, under de facto military rule, for Palestinians, racism is the law.

A recent study has shed light on the huge – and widening – income gap between Ashkenazi and Mizrahim. Meanwhile, the Middle East Eye reports that the Israeli state’s “refusal to acknowledge the Judaism of Ethiopian Israelis as fully legitimate […] cannot be detached from the fact of their skin colour”. That being said, “race” cannot be understood in terms of genetic traits or biological facts. Quite the contrary. The spiritual and cultural distinctiveness that marks groups of people apart, has historical and social causes (law, religion, and so on).

Equally, the racial hierarchy of Israeli society has profound effects upon Palestinian livelihoods. While racial segregation is not explicitly enshrined in Israeli law, the closest recent historical precedent for treatment of the Palestinians under Israeli rule, is apartheid South Africa’s treatment of non-whites.

The comparison between Israeli apartheid and apartheid-era South Africa, is often lambasted as anti-semitic, farcical, and factually erroneous. Nonetheless, what is difficult to deny, is that both the former South African regime, and the current in Israel, rely on the construction and legacy of “whiteness” for the maintenance of their respective systems of racialised power. 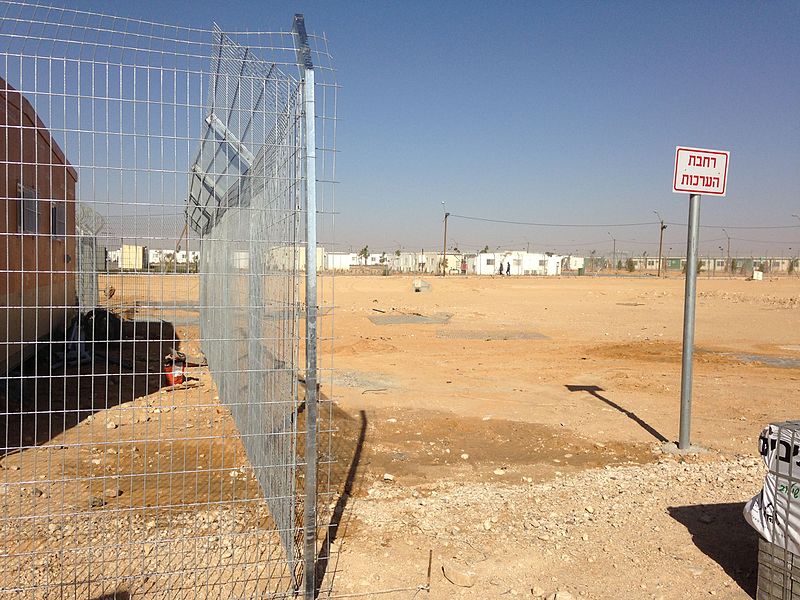 There is, however, a major difference between the two. As Richard Seymour has pointed out, the South African economy relied to an enormous extent on the labour of the black working class. Whereas, on the contrary, Israeli policy is increasingly designed to cut Palestinians out of Israel’s economy, leaving them with very little political leverage in terms of the threat of strike action, the politicisation of union activity, and ultimately, economic paralysis. In many respects, under de facto military rule, for Palestinians, racism is the law.

The Israeli regime has developed a powerful discourse of race, that is directed towards the Mizrahim, native Palestinians, and those deemed ‘resident aliens’. Institutionalised white supremacy paints a clear picture of who is, and who is not, a Jew within Israel’s racially hierarchical system. In a political climate that equally discriminates against Jewish and non-Jewish alike, on the basis of the colour of one’s skin, perhaps, as Justin Reynolds suggests, it is worth rethinking the future of the ‘Jewish state’ in a more radically democratic sense.