The UK consumes around 55 million cups of coffee per day, with one in eight of us visiting a coffee shop on a daily basis. Of course there’s nothing wrong with coffee consumption, in fact recent studies have suggested it may have beneficial effects, potentially helping to prevent heart disease, diabetes and even Alzheimer’s. But how many of us take a moment to consider how the humble bean ends up in your grande 3 pump skim milk lite water no foam extra hot chai tea latte?

Although far from perfect, producers were given a voice, moderate protection, and control over their stocks.

Originating from the mountainsides of Ethiopia, coffee is grown all over the world following the transportation of the plant by many of the big colonial players including the UK, Netherlands and France. As the demand for coffee intensified during the 17th and 18th centuries, along with the bean, countless African souls were also exported to Asian and Caribbean colonies to cultivate and harvest the crop. Soon after, Africa became home of countless caffeine plantations, and although the continent is responsible for only 12% of global production, Africa’s rich and fertile soil along with equatorial climates makes beans from this part of the world the connoisseur’s choice.

Coffee though is so much more than just a drink, 125 million people worldwide depend on it for their livelihood making it one of the most important commodities we produce. In 1962, the International Coffee Agreement (ICA) was created to ensure, through a quota system, producers and consumers collaborated to raise and stabilise coffee prices. Processors in consuming countries increased their brands through marketing and advertising but remained limited through quota system controls and a treaty that ensured no one political actor was able to harbour too much power. Although far from perfect, producers were given a voice, moderate protection, and control over their stocks. 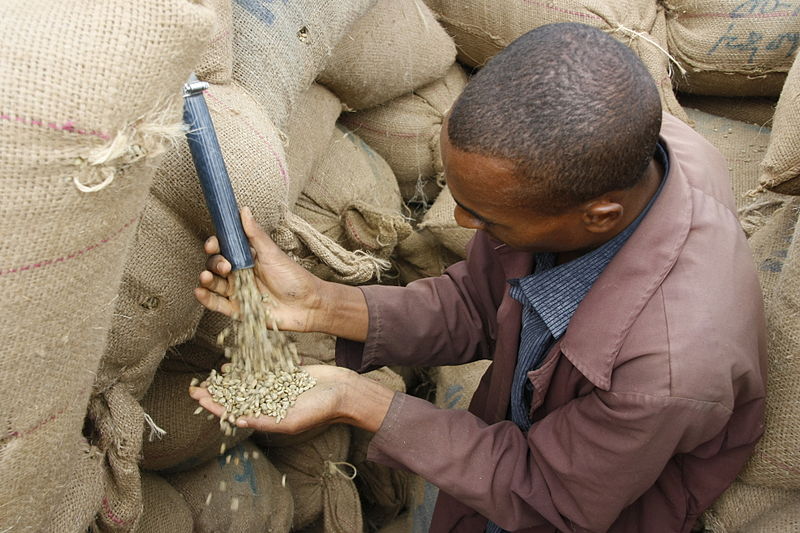 In 1989, amidst the developing neoliberal scourge that we see before us today, the ICA collapsed and 12 years later saw the the first coffee crisis with global prices both plummeting and becoming highly unstable, with the second following in 2013. Neoliberalism had transformed a traditionally regulated and protected market populated by developing country producers, to a volatile unregulated environment prone to immense speculative activity. The majority of coffee producers on the African continent consists of smallholdings and family run farms, meaning that such reduction in coffee bean prices was great news for our bank balances, but devastating for these growers. With power now concentrated within the consuming country roasters, many farmers found coffee growing unsustainable, reducing their capacity to effectively provide for their families from what was once a lucrative cash crop.

A continent of resilience, perseverance and determination, Africa is fighting back. One of the most crucial tools in economic development is the progression from simple raw material to processing and manufacture, an additional tool, particularly relevant to the coffee industry is the intellectual protection of your products. Ethiopia, the continent’s biggest global supplier, understands this and has been able to trademark three of its fine coffee brands. Under the Ethiopian Coffee Trademarking and Licensing Initiative (ECTLI), the country was able to uncouple the price of their coffee from the volatile global market, gaining a more stable proportion of the retail value of its top export.

we may be witnessing a shift in the global supply and demand chain that favours the developing rather than the developed.

Starbucks weren’t too happy with this, mind you, and took legal action to try and prevent Ethiopia from protecting its interests in this unfairly skewed marketplace. On this occasion though, the underdog won and Ethiopia successfully retained trademarks over three origins: Sidama, Yirgacheffe, and Harar. The importance of this victory cannot be overstated: the ECTLI had set a totally new precedent for developing countries and small scale producers within. Developing countries that produce primary goods already face swimming against a gargantuan tide of powerful multinational corporations when looking to compete in global manufacturing sectors, with free trade deals and treaties like TRIPS making things even harder. Allowing these countries the capacity to retain power over the prices of their products keeps these countries in control of the one thing they have, the raw material itself. As more of these alternative trade organisations arise following the lead of Ethiopia, such as CafeDirect and Equal Exchange, we may be witnessing a shift in the global supply and demand chain that favours the developing rather than the developed.

So while many of us tank up on caffeine to get those essays finished, to get back to the ones we love or just because it tastes so good, I want to leave you with two thoughts. The first is that things aren’t all bad in the global food system; while we have much to do to fix its many problems including the paradoxes and health epidemics apparent within it, progress is being made and we can all do our part by thinking about what we buy and where it comes from. The second is that you now have another reason not to go to Starbucks, and while I note how close the F key is to the B on my keyboard, I wish you all a very merry Christmas.