In the first article concerning the less palatable aspects of food within a global context, the paradox of abundance and dearth in both Ghana and the West were contextualised within an apparent food dystopia. On that journey, a foodstuff was briefly mentioned that has become almost omnipresent in weird people’s lives, and will be the focus of the next in this series of pieces illuminating the realities and practices relating to food and the international community. So without further ado, let us delve straight into the sickly-sweet world of sugar.

Sugar in the West is on everyone’s radar: we are all too aware of its damaging effects, be it increasing the chances of contracting diabetes, tooth decay, obesity or even heart-related conditions, and we now recognise that we should eat less and choose a more plant-based, healthier diet. Huge industries have emerged to facilitate this dietary migration with all sorts of guru-like chefs and nutrition experts telling us what and how to eat. The word ‘superfood’ is a thing now (as if somehow one foodstuff can somehow make you supremely healthier than others – it’s all about variety and balance but that’s a  story for another day), and shops like Holland & Barrett and Whole Foods are the place to be seen buying your weekly produce. This societal shift is impressive and for the people that can afford it and/or are sufficiently knowledgeable that’s great, for the rest however the problems of unhealthy diets sadly still persist. Moving further afield, what becomes of people in countries without such advanced media and commercial systems; how do they fare?

As a consequence of this influx of sugar-laden produce, the traditional diet of many countries has been hijacked by Western creations

Africa as a continent may not be one of the biggest producers of sugar in the world. In fact, not a single African nation features in the list of the top ten sugar exporting countries, but they do consume a fair amount, with just Algeria and Nigeria consuming nearly 5% of total global imports in 2016. On top of the table sugar that is used in tea and porridge, and raw cane chewed as a snack, Sub-Saharan countries are now exposed to the wonders of free market capitalism, meaning a whole host of synthetic food choices have been ushered into these countries or produced from within. Coca Cola Beverages Africa has at least 40 bottling plants on the continent, which works out as roughly three for every four countries, and Cadburys now produce its bars in Nigeria and South Africa. As a consequence of this influx of sugar-laden produce, the traditional diet of many countries has been hijacked by Western creations and, as a result, many of these countries now face several of the aforementioned health problems that a high sugar diet can induce. The difference, however, is the capacity to prevent such outcomes at local and national levels.

It is very unlikely that these products will be banned from the African continent, and why should they be? After all, everyone in the world should be free to enjoy the delights that culinary science and technology have afforded us. I would argue, however, that flooding a marketplace with such products requires there to be some degree of balance, in the form of education ideally provided by the state, in order to inform the public of the potential risks. The UK has the 5 a day recommendation, as well as the traffic light system for (most) synthetic food products, not to mention a whole body of scientific research originating from our public education institutions which the mainstream media translates (granted, often imperfectly) for us so that we as consumers can make informed choices. Unfortunately, most of Africa isn’t so lucky. 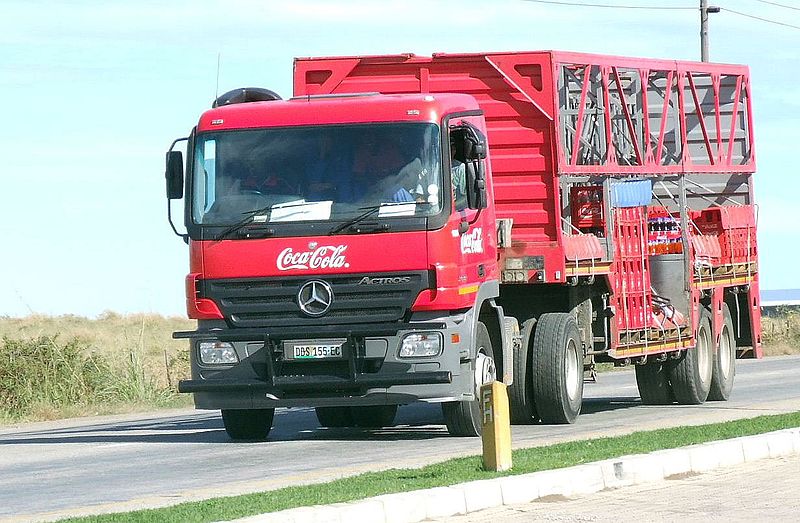 Although the Millennium Development Goals succeeded in ensuring 91% of children around the world received primary level education, most do not go on to secondary or tertiary levels, and this is certainly the case across Africa. The level of education that is received fails to produce individuals capable of disseminating complex information such as that concerning macro nutrition.

Most children leave school exposed to a diverse marketplace with little knowledge and limited capacity to understand the consequences of certain food choices. Media systems remain in their infancy with little motivation for privately funded outlets to provide information directly in conflict with their advertisement revenues from such companies as Coca Cola or Pepsi. Although there is some attempt by the state to provide health and dietary information, a combination of neoliberal structural adjustment programmes and political corruption leave an underfunded apparatus unable to deliver on the scale that is required to have any meaningful effect on diet choice.

The result of this asymmetrical development of a synthetic, sugar-laden food market alongside necessary institutions and action needed  to deliver the advice on how to consume these new foods, is a continent-wide rise in non-communicable disease such as diabetes, heart conditions, and stroke. Now, although excess sugar intake is not the sole causal factor, it is one of the most significant and widespread. Not only are we exporting our Western diet to the Global South but it seems we are now also burdening them with the maladies that accompany it.

although excess sugar intake is not the sole causal factor, it is one of the most significant and widespread

Not a single country in Africa has the degree of provision or development of healthcare and medication that benefit the UK and many parts of Europe. Despite claims of universal state provision, the reality in many areas is a relatively basic, pay as you go service. The reality then is that the poor and uneducated members of many African communities will consume sugar in high amounts, fail to recognise the dangers, contract a non-communicable disease as a consequence, find themselves unable to afford the healthcare needed to at least ease the symptoms (or even save their life), and die prematurely as a result.

It is easy to make an argument for free markets in the context of personal freedom, choice and opportunity; however, there are often indirect and detrimental consequences that arise from these novel freedoms bestowed upon communities and nations ill-equipped to deal with the outcomes that uninformed choice produce. While in the UK we debate whether obese individuals should receive NHS care for self-inflicted ailments, let us take a second to consider people in parts of the world not lucky enough to have been provided with the information to make the right choice, nor equipped with a healthcare system to help them as they don’t.