Whilst Indigenous people in Australia are often shoved to the side and ignored in the media, they were thrown into the limelight last month, when the wider community of the Anangu, in conjunction with a board of representatives, made the decision that the Uluru path will be closed.

People took their rage to social media. Some insisted that this choice was unfair, because there is supposedly some form of ‘shared ownership of the country’ – despite the fact that the region was returned to the traditional owners thirty years prior. One man commented: “it’s just a rock you bunch of apes.”, another “Some fringe group think they can just close it off, not wonder they drink so much and never work” (brought to the attention of the public by the Indigenous rights page Blackfulla Revolution). These hurtful statements highlight the discrimination, and lack of rights, faced by these communities.

These hurtful statements highlight the discrimination, and lack of rights, faced by these communities.

The result of this decision will take effect from October 2019. Whilst this is a more than ample period of notice, and due to a very legitimate set of rationale, the backlash faced by decision-makers  has caused serious concern for the community.

The path has claimed 35 lives since records began  around the mid-1950s. It’s 348 metres high, and notoriously treacherous – it’s often closed due to strong wind, or high temperatures. The last recorded death in 2010 was a 54-year old man, who collapsed 160 metres from the bottom despite having no history of medical problems, , demonstrating how exerting the climb alone can be. 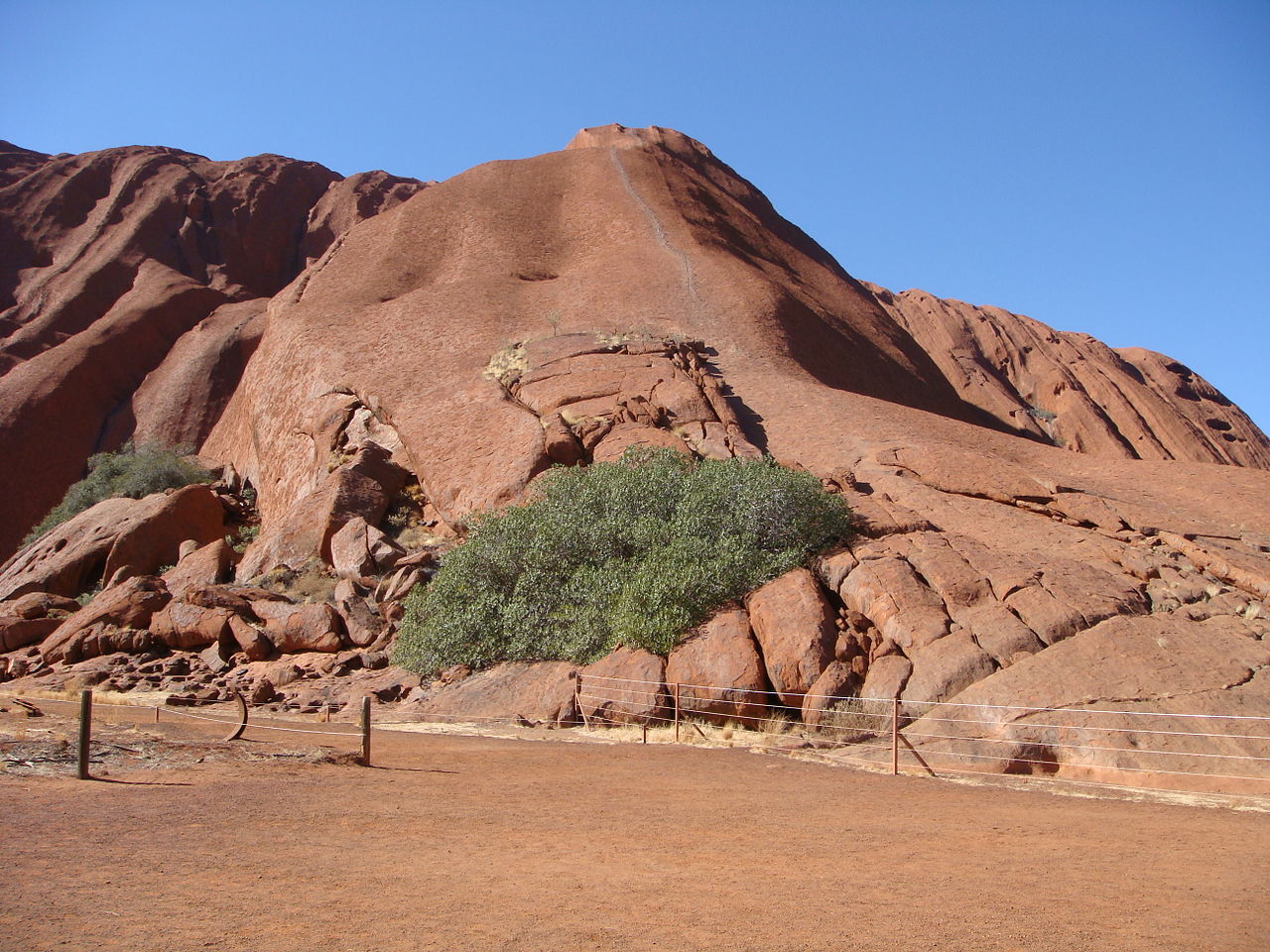 Sections of the path can be immensely steep. Image credit: Wikipedia Commons.

I find it even a little distressing that some still wish to climb the rock, despite these aforementioned dangers, when you consider the plea issued by the traditional owners of the rock. Quoting their official letter, published online, “We feel great sadness when a person dies or is hurt on our land.” They go on to state: “We worry about you and we worry about your family. Our traditional law teaches us the proper way to behave.”

The path is considered sacred and spiritually significant by its traditional owners – it is only to be taken by a few Aboriginal men, on special occasions. However, this is relatively unpublished – many of the tourists intending to climb the Ayers Rock remain completely unaware. This just further reduces the rights (particularly land rights) and respect granted to the indigenous people of Australia.

The path is considered sacred and spiritually significant by its traditional owners – it is only to be taken by a few Aboriginal men, on special occasions.

Considering the cluster of reasons which culminated in the closure of the climb, it’s frankly disgraceful that a culture of fear and hate towards the indigenous people (particularly the Anangu) has been ignited.

This reaction is especially unwarranted considering there areis still two years left to climb the path – it’s not being closed immediately! And to some extent, this has been foreshadowed for years by the reluctance of the traditional owners to allow people to climb the rock, and the pleading discouragement they have displayed.

Overall, the uproar caused by this decision highlights the judgement and discrimination targeted towards the indigenous people of Australia. This reaction, whilst understandable, is still not moral or just – the land is not shared by the people of Australia, and the treacherous nature of the climb even demonstrates the benefits of closing the path: surely saving lives is a priority? We can only hope that before the closure of the path in 2019, people can get over themselves enough to come to terms with the fact that this potentially the most beneficial and kind finality in the long history of the path’s use.