Recent mainstream media coverage of the Rohingya crisis in Myanmar has followed an all too familiar pattern of reporting on ethnic violence. The focus is on ethnic “passions” and unique “cultures”. Ethnic violence is framed as a remote and alien force that belongs to a bygone era.

An underlying and deeply troubling assumption follows: countries that suffer ethnic violence, such as India and Myanmar, must modernise and become more “western”, if communal violence and ethnic chauvinism are to be swept into the dustbin of history.

This conclusion is cynically promoted by a neoliberal elite that claim – albeit in more technocratic terms – that economic growth is the most powerful instrument for reducing poverty and de-escalating ethnic conflict.

However, reality is a little more complex than that. A critical and too often neglected factor is that while the current regimes in India and Myanmar openly champion strategies of capitalist development, simultaneously, they shamelessly promote an exclusionary construct of citizenship, that actively excludes minority ethnic populations from national cultural and political life.

This has had a devastating long-term effect on the political and cultural rights of Rohingya Muslims, as well as minority Muslim, Sikh, Christian, Adivasi (tribal) and low-caste Dalits in India. At its worst, it has been expressed in chilling outbursts of extreme violence against some of the poorest, most vulnerable people on the planet.

In Myanmar, Aung San Suu Kyi is famous for championing the ideals of liberal democracy, winning the Nobel Peace Prize in the process. In 2011, she addressed the carefully selected elite crowds at Davos, stating her plans for future investment and economic growth, to rapacious applause.

The idea of who is, and who is not, a citizen of “the nation” is central to the brand of ethnic nationalism that has taken hold in both countries. A curious omission from mainstream media reports.

Yet she has long referred to Rohingya Muslims – that have lived in Myanmar for generations – as “Bengalis”, a reference to their Indian origin and social and cultural “otherness” from the Buddhist-majority Myanmarese population.

Similarly, with the rise to power of Narendra Modi’s Bharatiya Janata Party (BJP) in 2014, prospects for renewed economic growth were talked up in the business press: markets rallied and Indian stock prices soared. Modi’s Hindu nationalism was not in the shadows but at the forefront of his campaign.

The BJP are the political front of the Hindu right paramilitary organisation the Rashtriya Swayamsevak Sangh (RSS). Formed in the mid 1920s, the RSS modelled itself on the fascist movements of interwar Europe. Modi is himself a lifelong member, and has been repeatedly called out for stoking anti-Muslim sentiment while in office. Perhaps most infamously, while Chief Minister of Gujarat, Modi was accused of complicity in the hideous anti-Muslim pogrom that spread across the state in 2002.

The idea of who is, and who is not, a citizen of “the nation” is central to the brand of ethnic nationalism that has taken hold in both countries. A curious omission from mainstream media reports. In this context, capitalist development in both countries has not eased ethnic tensions. Quite the opposite. It has actively fuelled ruthless violence against ethnic minorities.

Myanmar is not the only former British colony in Asia to suffer mass social unrest and ethnic violence in recent times. In the densely forested hills of eastern and central India, home to the majority of India’s Adivasi population, warfare has raged between government security forces and Maoist guerrillas since the early 2000’s, with very little mainstream media attention. 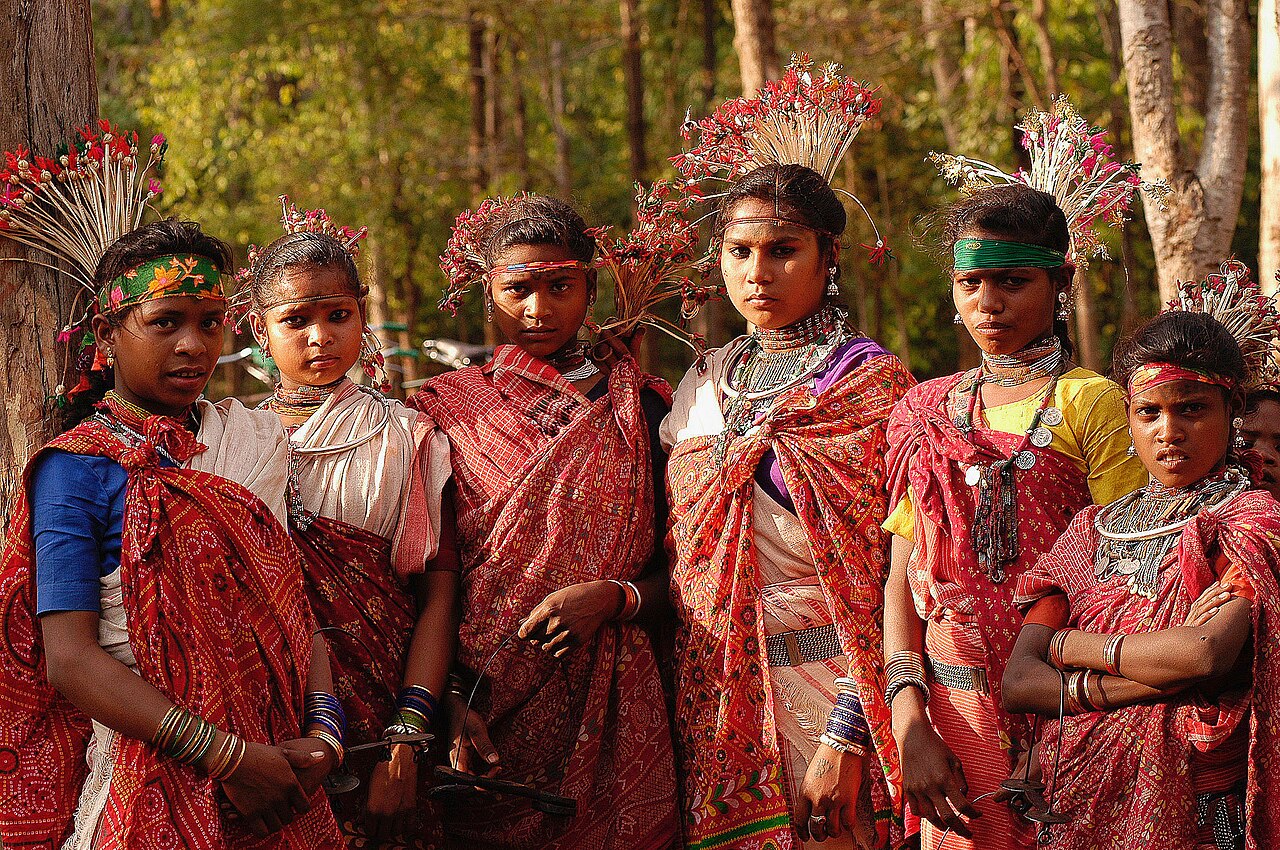 Large swathes of India’s mineral wealth is located within these areas. The plans India’s Government to rapidly industrialise the region and extract this wealth are central to Maoist resistance. Despite the wealth of the region, its Adivasi inhabitants are comparatively among the very poorest on the subcontinent. Exceptionally disadvantaged when compared to other social groups in India, many Adivasis have no access to electricity, sanitation, running water, or even basic healthcare.

Exceptionally disadvantaged when compared to other social groups in India, many Adivasis have no access to electricity, sanitation, running water, or even basic healthcare.

The security forces, have left a trail of torched villages, destroyed crops, killings, rape and torture in their wake. In the same way that Buddhist chauvinists have backed their government’s actions in Myanmar’s northern Rakhine state, where an estimated half a million Rohingya have been driven out,  Hindu nationalists in India have been actively involved in the creation of a so-called ‘people’s militia’, the Salwa Judum (‘purification hunt’ in the Gondi language). Aided by the security forces, the Salwa Judum committed a series of atrocities as they wound their way across southern Chhattisgarh state, leaving at least 300,000 Adivasis displaced and approximately 50,000 people living in roadside police camps.

North Rakhine state is one of Asia’s poorest. Where development has materialised, it has not brought local employment and social development, but rather, has been concentrated in mega projects that benefit local and national elites. Meanwhile, plans to build an economic zone to boost international trade, on the land that has been cleared of its Rohingya inhabitants, is well underway.

Rather than reduce ethnic tensions or provide quality jobs and dignified lives for some of the world’s poorest people, ‘development’ has often entailed counter-insurgency warfare, mass displacement and brutal force.

The ethnic dimensions of these contemporary struggles are undoubtedly strong, their roots in colonial strategies of “divide and rule”. That being said, it is critical to understand that ethnic conflict fits into a broader context of political choices and elite-backed strategies of capitalist development.

The experience of Rohingya and Adivasi peoples shows how disempowered and vulnerable communities can bear the brunt of more powerful popular-nationalist forces that have been mobilised with a particular view of “national” economic development in mind.

Minority as well as majority ethnic communities deserve access to forms of community-led social development based upon collective cultural and political rights, access to land and housing, healthcare and education.

Yet tragically, while minorities continue to be systematically excluded from national cultural and political life, their voices will remain unheard, and their plight will continue to be depicted by the mainstream media in the most crude, reductionist and vulgar terms.