As Islamic State strongholds tumble, the language of counter-terrorism in Europe and beyond expands exponentially.

Binaries lie at the heart of understanding terrorism and modern state security: ‘you’re either with us or against us’; a citizen of here or ‘a citizen of nowhere’; a supporter of the democratic, liberal state or ‘an enemy of freedom’. By targeting ‘us’ – both the individual and the state concurrently – terrorists force citizens into a position in which we all need to look beyond legal convention, to dispense with some rights to preserve others. So has trod the orthodox argument, refracted outwards from media, government and research.

Rory Stewart MP is the latest in government to articulate this, stating – in reference to British born foreign fighters in Syria – that “unfortunately, the only way of dealing with them will be, in almost every case, to kill them”. Whilst headline writers removed any possible nuance we might extract, the message is clear: extra-judicial killings are acceptable – indeed, preferable – in the current security context.

A vast body of research has shown that, of the main causes for terrorism or terrorist-related attacks, ideological motivations are negligible.

In his interview, Stewart – a former British diplomat – takes a two-step reasoning to explain why IS foreign fighters have become irredeemable in the eyes of the state, which gives us important insights into the workings of counter-terrorism. Firstly, he reasons, they have conducted abhorrent war crimes as the direct result of an “extremely hateful doctrine”, by which they are “absolutely dedicated… towards the creation of a Caliphate” – “an eighth-century or seventh-century state”. And secondly, they have become “people who have essentially moved away from any kind of allegiance to the British Government”. This process means that the British state is entitled to develop a military response which is sufficiently hard so as to “deal with that”.

The thought process behind this relies on a number of mis-steps which, whilst problematic, demonstrate how counter-terrorism operates and develops – and why its language is so pervasive. Firstly, Stewart presents the doctrinal argument that an ideological belief in a Caliphate is responsible for the commitment of terrorist acts. This reasoning is pervasive in governmental counter-terror measures, with UK counter-terrorism increasingly focusing on prevention, and a slew of programmes and organisations materialising to target radical and extremist ideology.

From a simple definitional approach, it is dubious to refer to the concept of an Islamic Caliphate as an eighth or seventh-century state. An Islamic State existed until 1924 in Ottoman territory and Islamic State’s conception of the Caliphate is, itself, a highly modern incarnation, fusing ideas of economic and governmental statecraft, military methods and a slick propaganda machine, varnished with a shallow understanding of Quranic verse. Fighters for Islamic State furthermore went to Syria and Iraq in a number of waves, with many travelling prior to Islamic State’s declaration of the Caliphate, or before much of its horrific nature had been revealed.

But this is not just a question of semantics. A vast body of research has shown that, of the main causes for terrorism or terrorist-related attacks, ideological motivations are negligible.1 With specific reference to Islamic terrorism, it has been shown that ideology is too monolithic a concept to address the variations among Islamic groups and does not possess the flexibility required to link ideas, actions and events.2 In the words of a UK counter-terrorism practitioner, “there are thousands of different paths to becoming a foreign fighter, by ways that are each as diverse and individual as fingerprints”. The use of ideology as an explanatory factor in terrorism is, therefore, so problematic that it is worthless as a tool for analysis. 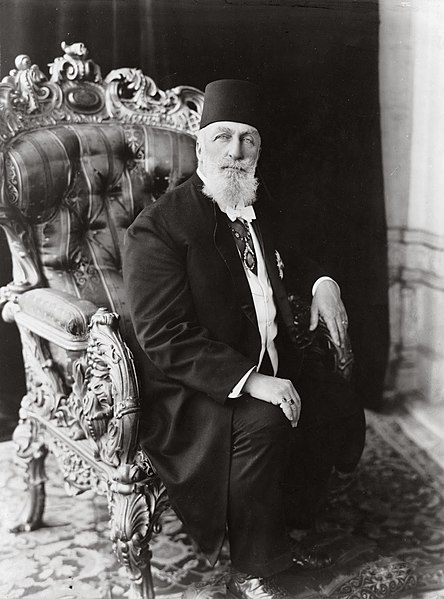 Secondly, Stewart’s argument states that, in renouncing allegiance from the British state, foreign fighters also renounce their rights to life. Whilst many fighters have renounced British citizenship in favour of the Caliphate, this is not a legally-bound, internationally recognised process. As such, they remain de facto British citizens. Furthermore, whilst Britain may be at war with the dubiously defined concept of ‘terror’, it is not engaged in combat in Syria following the specific voting down of military engagement by Parliament. On this double point, Britain is bound both by international standards and its own due processes not to use some form of death penalty.

In a sense, Stewart makes a salient point, but not for the reasons he puts forward: we currently only have rights because we have citizenship, and those who fall outside of the state system – those made refugees by the Syrian Civil War, or by Israeli ethnic cleansing in Palestine – lose their right to life. It is this system that allows Stewart to openly advocate for extrajudicial execution. But many Islamic State fighters want to return, offering a wealth of disillusioned examples of how the lustre of the Islamic State quickly fades upon contact with reality, offering a powerful counter to those tempted. Other states, meanwhile, have provided means of both punishing and reintegrating returning foreign fighters, as perhaps evident with Denmark’s so-called ‘Aarhus Model’ which aims for rehabilitation.3

What this highlights is that the logic of execution for British Islamic State fighters is based on a series of false, irresponsible and utterly dangerous precedents.

Finally, a question must again be posed of Stewart’s language: at what point do any of us move away from ‘allegiance of the British state’? During research, I have had the opportunity to talk to activists – from Scottish independence supporters and Northern Irish Republicans, to eco-activists and counter-state anarchists, to hardcore supporters of Brexit or the European Union, to avowedly anti-violence Islamists – all of whom easily fall be seen as having essentially and explicitly moved away from any kind of allegiance to the British Government.

What this highlights is that the logic of execution for British Islamic State fighters is based on a series of false, irresponsible and utterly dangerous precedents. Such a reasoning follows perfectly the logic of the binary of terrorism – highlighting exactly how individuals can, at a stroke, be placed outside of the judicial logic of due legal process – and how counter-terrorism problematises those who oppose the British Government and state. We must be aware that such statements therefore have implications for us all.