In the spirit of championing an individualistic, leftist paradigm, I’m redefining the idea of ‘taking the red pill’ – a phrase currently used by anti-feminists on the right – to instead more aptly explore the incredible, remedial impact Corbynite politics could have on our current economic model, and by extension the strained social consciousness with which it is inextricably linked.

Corbyn spoke with such penetrative and personable penchant at the Labour conference in September, that his bold socialist leaning was received notably more seriously by a variety of publications for the first time– both the left and right-wing. Previously scathing, The Spectator carried the headline ‘The Tories are giving Jeremy Corbyn a clear run at Number 10’, with writer James Forsyth conceding a legitimate threat from the ‘the far left’, while The Guardian, typically pro-New Labour, stated opinion such as: ‘here was a speech of solid sense, not airy aspiration. This united party are all Corbelievers now, and which lingering Labour doubters can pick a quarrel with any of this agenda? Believing he might really win has never been easier.’ Of course, the party leader’s increased confidence and raving media fan-club are hugely because of Labour’s great gains in the recent elections – with Corbyn increasing the Labour vote share by 9.6%, 1.2% more than Tony Blair who achieved a share of 8.8% when he won by a landslide in 1997. But this is also the astounding point.

After a long time, the public are gaining a genuine control over their surrounding socio-political climate. This includes the Blair era. Populism is actually becoming aligned with real humanitarian needs. As discussed in a previous article, The Troll Vote, a legitimate democracy is threatened when the voter’s view of the world is so aggressively manipulated, such as through the mendacious campaigns resulting in Trump and Brexit. Similarly damaging, as explored in another article, Liberalism has Never Been Stronger, is when progressive politics maintain a veneer of tolerance and open-mindedness, while continuing to preserve a definitive class system.

Thus, Corbyn’s recent traction with the UK’s electorate could be put down to his clearly caring nation building policies, whilst at the same time keeping a stance against gender and race prejudices. Sans both big bus bill bogusness and fearmongering and the liberal pretension, he managed to somewhat unify a fearful and fractured country. Honestly focusing on the NHS, free education and fighting Islamophobia without dismissing the concerns of all working people whatever their cultural background, he stimulated a co-ordinated communal response. Individuals respectively hit back at privatisation, the free market and the current economic disparity. 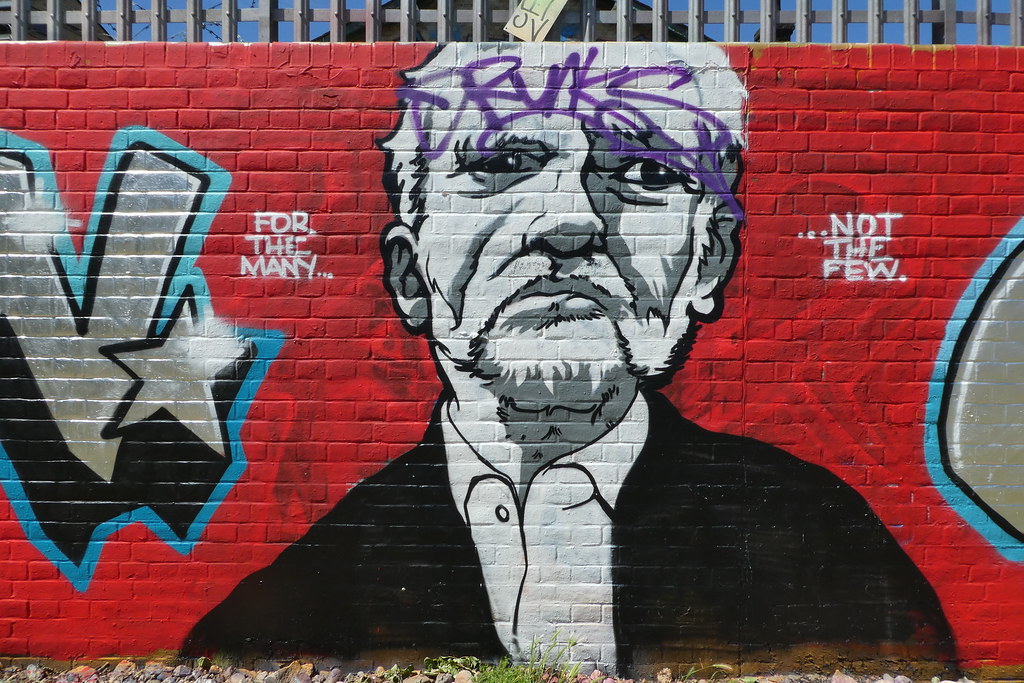 However, as well as accurately representing the wants of the electorate, Corbyn has perhaps more spectacularly created the groundwork for a new and compassionate era. Alluding to the original Matrix film becomes relevant here because the idea of systemic tyranny taking over and running itself is now officially more real than it is science-fiction. In a similar way to the humans who are submerged within a robotic dystopia, as a product of the obsessive business-minded world that has mindlessly spawned it, Corbyn has arguably tapped into a collective unconscious who upon feeling an existential oppression deep down want frantically to break free.

As in the film, corporate control is not simply a physical phenomenon, but an inextricably spiritual one. People are guaranteed the illusion of order and safety, but at the cost of invasive working hours, loneliness and stiff conformity. Just as the protagonist, Neo – designed to appeal to the average viewer – yearns for deeper connection at the start of the film, so resonantly do we all. We plug the void with more work, higher job titles, self-entitlement and failing that, the flip side of self-chastisement, oblivious that this self-centred restlessness is the final psychological layer in our personal demise.

corporate control is not simply a physical phenomenon, but an inextricably spiritual one.

The worrying truth is that when a government gains power it inevitably shifts the emotional, and consequently, moral center ground. In the globally intertwined 21st Century, big governments and economy are virtually inseparable. We have evolved a unanimous bartering system in order to run and function smoothly – in this case capitalism. But as corroborated by leading economist Chang in his critique, 23 Things They Don’t Tell You About Capitalism, the gravity of our attitude, and what I would argue then also becomes the proximity of our relationship to capital, can actually be adjusted. This is an ethical choice, which begins at the very top.