Last week saw the hashtag #MeToo achieve viral success, following the accusations multiple women made again Hollywood director Harvey Weinstein. The hashtag started when actress Alyssa Milano, tweeted “If all the women who have been sexually harassed or assaulted wrote ‘Me too’ as a status, we might give people a sense of the magnitude of the problem”.

The next week, social media was bombarded with personal account of sexual harassment, abuse, rape, assault and domestic violence. Famous celebrities talked about their experiences and within 24 hours, Facebook reported that 4.7 million people engaged with the #MeToo hashtag with over 12 million posts and comments. Most of the media’s reaction has been positive – finally we are acknowledging that sexual violence is a pervasive problem rather than a few isolated incidents, they say.

I fear that the hashtag and its reporting are actually contributing to an even more toxic environment where disclosure of personal attacks is encouraged and lauded as the only means of tackling the systemic problems of violence against women. It comes as no surprise to me that the hashtag took off after a string of famous white Hollywood actresses disclosed the fact that they were victims of sexual assault. Ebony revealed that a campaign with the same name and aims was initiated by a black woman named Tarana Burke over ten years ago. It’s good that the hashtag received viral attention, but we should talk about what it suggests about our culture that we are more likely to take seriously allegations made by rich white women, than a black female activist. Being a survivor of sexual assault means you already have more at stake in debates about sexual assault and sexual violence than most.

The #MeToo campaign places burden on individuals to disclose their experiences of assault and frames mass exposure to accounts of sexual violence as a positive step forwards. As a survivor of assault, I’ve found the past week enormously difficult, having to avoid social media after the slew of unavoidable posts around #MeToo forced me to re-confront the rape I’ve been trying to ignore. Rather than exposing me to the ‘shocking’ reality of gendered violence, the #MeToo campaign has exposed me to triggering, unfiltered and graphic reminders of the pain of my assault and made disconnect from social media all together. At this point, I think anyone who isn’t aware of the ubiquity of sexual violence is either wilfully ignorant or burying their head in the sand. Donald Trump has been exposed as a perpetrator of sexual assault multiple times, yet he still occupies the highest position of power in the United States. Solidarity with survivors serves a purpose, but solidarity without action or considerations about the lives of survivors is useless.

I am concerned about a culture that relies on women disclosing personal trauma as a means of tackling the problem with no forethought as to how to support them.

There is a substantial lack of nuance about ‘hashtag activism’. Take for example the #SolidaritynotSilence group. After multiple women detailed accounts of abuse perpetrated by a male musician, they found themselves being served legal papers under a defamation case the perpetrator had bought against them. The women were no longer able to talk about the incidents online in fear of breaching the court case and are still fundraising to pay legal fees since defamation cases do not qualify survivors to access legal aid. (You can donate to the women’s legal fees here.) It is evident that we do not have the structures or legal protections in place to adequately support survivors. I am concerned about a culture that relies on women disclosing personal trauma as a means of tackling the problem with no forethought as to how to support them.

I worry that the #MeToo campaign is another example of the liberalisation of activism which encourages ‘awareness raising’ rather than tackling the structural issues that underlie it. Sexual violence is not a problem created and maintained by individuals. Men are not committing individualised random acts of violence; when masculine forms of domination and power are nurtured and encouraged in society we cannot be surprised that there are pervasive problems with sexual violence. Sexual assault is not a transaction, committed by one individual onto another in a vacuum of power. Unequal power structures are built into the very structures around which we have built our culture. We cannot view the problem without regards to the wider context of patriarchal power.

(via Solidarity NOT Silence)

I bought into the idea myself that disclosing details of my rape in activist spaces will bring about positive change and help heal myself from trauma. It has not. It has left me uncomfortable knowing the people around me know the most intimate details of my assault and I feel even more alienated from the campaign against sexual violence. I’ve felt like the reaction was voyeuristic and tokenistic rather than a catalyst for tangible change.

Disclosing my sexual assault was not the liberating, freeing experience it was sold to me as

Disclosing my sexual assault was not the liberating, freeing experience it was sold to me as. I didn’t feel any profound solidarity, I didn’t even feel I was even ‘raising awareness’. We’re all aware that our culture has a problem with male violence and continually pointing it out in increasingly voyeuristic ways does little to change it.

What I want is properly funded services for survivors, culturally competent services for BME survivors, for workplaces and universities to take accusations of sexual assault seriously, for our legal system to prosecute and punish offenders and more widely, for us to have a deeper debate about how gendered forms of oppression are embedded in our institutions. How are we to disclose abuse that happens in the workplace, when the men committing it occupy most major positions of power? How are we to tackle sexual violence when our universities will only kick out perpetrators if the survivor also reports to the police? How are we to call out perpetrators when the organisations they are a part of will hound and harass the survivors who call them out?

The message #MeToo is sending relies on victims to do the work.

My attacker was not a random individual driven by some primal instinct to assault. I was raped by a man who groomed me for a year at the helm of an organisation which knew about what was happening and did nothing to stop it. It was more important to men in the organisation that their image was maintained and upheld than something was done about it. Sexual violence was not a threat to them but my speaking out was. #MeToo afforded me no agency over my own story and the people performatively claiming to be my allies would have hounded me for attacking their organisation. These are the real structural issues that we need to start facing. 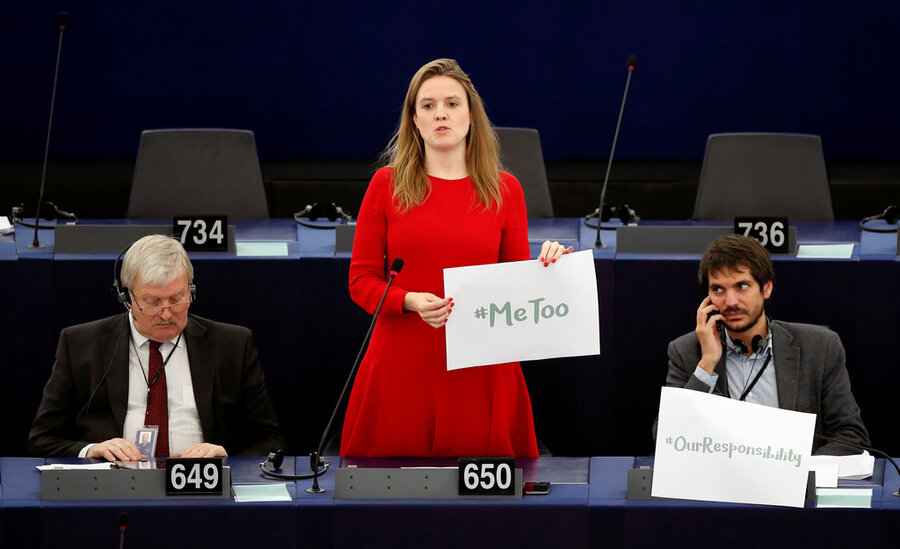 The message #MeToo is sending relies on victims to do the work. Most people I know involved in campaigning against violence against women are survivors and there has been little recognition of how fucking exhausting it is to be a survivor tackling sexual violence. Having to deal with your own trauma while facing mass accounts of violence is not helpful. Mass reporting on social media encourages a gross voyeuristic approach to male violence where disclosure is treated as scandal and spectacle. When sexual oppression is embedded in the very foundations of our society, we cannot be surprised that the problem is so pervasive.

We need to take practical and concrete steps to ensure perpetrators face ramifications for their actions and survivors are properly supported.  But we also need a complete restructure and reconfiguring of gendered power and masculinity to start to make inroads into the problem of misogyny, harassment, and sexual violence.