‘Universities must bring back freedom of speech!’ That was the premise of various headlines surrounding Jo Johnson’s announcement last week of proposed powers for the Office for Students (OfS). One of those proposals is that universities and student unions that don’t conform to Johnson and the OfS’ concept of ‘freedom of speech’ could receive sanctions in the form of fines. While the powers of OfS are still only at the consultation stage, this announcement gives us a rather concerning insight into the plans and aims that Johnson has for the newly formed office.

The OfS is in the process of being set up in order to bring all the different higher education regulators in house and under one banner. The OfS will be the lone governing body for every university in the country, replacing the existing mishmash that regulates pre- and post-1992 institutions differently. While this will create a simpler system for universities to work under, it also represents a huge power grab by the government in terms of its control over universities and student unions.

This is exemplified in the way that Johnson is attempting to force his idea of freedom of speech onto universities, unions and students. Although I don’t want to get right into the debate surrounding no-platforming and freedom of speech, it’s worth looking at some examples of recent events to understand the reasoning behind Johnson’s proposal.

He did describe freedom of speech as a “principle universities hold dear”, going on to say that “there is good practice out there, and I am proud that some of our university leaders and academics have publicly defended free speech. But there are still examples of censorship where groups have sought to stifle those who do not agree with them.” He supports this comparison of the strategy of ‘no-platforming’ with ‘censorship’ by rehashing the debate surrounding the no-platforming of Germaine Greer. According to Johnson, ‘She has every right […] to give views on difficult and awkward subjects.’

The recent events surrounding Greer are often heralded as the clearest example of students being ‘snowflakes’ because they repeatedly decided not to invite her to air her transphobic views in student spaces. However, I don’t think that Greer would support her case being used as a justification for this level of control over universities. I also doubt she’d support Johnson’s use of terms such as ‘censorship’ in order to support his agenda of clamping down on the rights of students to choose who they share a platform with and who they invite to speak on their campuses.

What Johnson suggests when he uses words like ‘censorship’ is that institutions are taking a proactive choice to hide views from students or to bar them from the public realm, which most of the time is simply not the case. It’s clear from his comments that Johnson’s understanding of no-platforming is that it involves students shutting down all debate and hiding certain views that they ‘do not like’ from themselves and each other. The actual reason no-platforming is used (when used properly) is to ensure that the debate surrounding certain topics is kept civilised and not dominated by one person with an extreme view. Greer’s comments towards members of the trans community were extremely ignorant of the issues that trans people face and amounted to a direct attack on those people’s right to exist. Denying her a platform in student spaces gives people affected by her words a space where they can avoid encountering them, even while the mainstream media insist on publishing them widely. This is the key point Johnson fails to recognise, and it is this important safeguarding practice that he risks overturning with this policy. 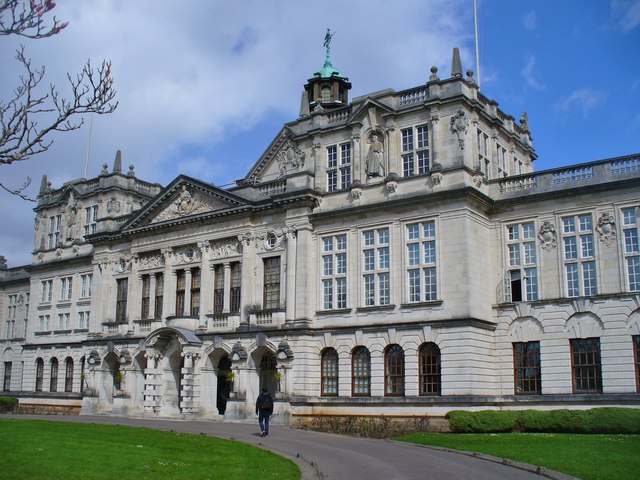 Cardiff University, where students started a call for Germaine Greer to be denied a platform in 2015. Credit: Colin Smith

If this policy stays as is and gets implemented when the OfS starts operating in April 2018, we will see the start of a shift where the freedom of students and academics to choose who makes public appearances on their campuses is taken away from them and put into the hands of the government. Should a far-right speaker, for example, find themselves unable to gain a platform at a university for whatever reason, the OfS may threaten that university to give them a platform or face a monetary fine. This, ironically given Johnson’s claims to be defending freedom, would diminish the freedom of choice of that institution and its students. The new system he proposes will further empower an already-powerful few whilst trampling on the rights of the many.

Universities are still places of great debate, despite the claims from Johnson and the rest of the right. In most cases, they are spaces where the freedom to choose who students want to offer platforms to is respected and upheld. Johnson’s plan would see these rights stripped away from students, to the benefit of an anti-student establishment. And once he’s taken them, there’s no telling how we’d be able to get them back.