At the end of September, I attended and took part in Hastings Fringe Festival and got the chance to watch Spinal Krapp by Darren Maher, a ‘stand-up tragedy’ based in Dublin in the 1980s. Although initially uncertain, I ended feeling thoughtful about the piece, which explored the impact of violence on children, as well as looking at the ‘making of a monster’. When it comes to domestic violence, whoever the victim or perpetrator, it is ultimately about power and control. It was interesting to see this prior to attending the fundraiser for Penny Beale Memorial Fund, which similarly weaved tragedy and comedy together, bringing a different kind of poignancy to the night.

The Penny Beale Memorial Fund was started by the mother of Penny Beale (of the same name), whose daughter was murdered in 2001 after years of abuse by her partner. The charity aims to offer information and advice about domestic abuse through various means. The fundraiser opened with an introduction by Penny Beale, and a song by Carol Prior, who also compered the evening. Also on a musical note, Las Pasionarias’ powerful folk songs had an uplifting effect and there was a great feeling of sisterhood as they sang together, wearing in red and white flowers pinned to their clothes. The audience joined in for a song about Mother Earth, where we were united in its message of care and respect. Mellow Baku took to the stage with a guitar, referencing having grown up in a cult. Although the details were not spoken of in the same specificity as others, the emotions of this were shown through song. Baku not only delivered songs on guitar, but also recited poetry, making use of loop pedals and her incredible voice.

Throughout the night, we were offered comic relief by acts such as Chris Fraser who, like most acts featured, was a local resident. Despite it only being her second live performance, she entertained the crowd with comedy characters, often told through poetry and different props. Later, Lisa Harmer-Pope delivered a character comedy set based around carrying out a taxidermy service on pets, amusing even animal-lovers such as my grandmother, who wasn’t put off by the thought of her dog Liza being stuffed like the toy dog on stage.

The act itself seemed violent, and despite some trying to cut heart-shapes, it felt like a violation when her upper body was left exposed as someone cut through it…

However, it was important that there were moments that were not so highly spirited. Miranda Garvin invited the audience to approach the stage and take a pair of scissors from the floor and cut any amount of fabric from the  grey jumper and bottoms she was wearing. She sat on a stool and wore a mask that looked like a collage of skin. As audience members began to approach her and cut, I felt a discomfort. The act itself seemed violent, and despite some trying to cut heart-shapes, it felt like a violation when her upper body was left exposed as someone cut through it, and similarly when her lower body was left exposed without the person taking any fabric. She explained at the end that it was an homage to a performance by Yoko Ono called ‘Cut Piece’, thanking everyone, but not going into the reasons she decided to do it. She was left visibly emotional from the performance, and somehow it didn’t need explaining that the piece was connected to her own experience of domestic violence. 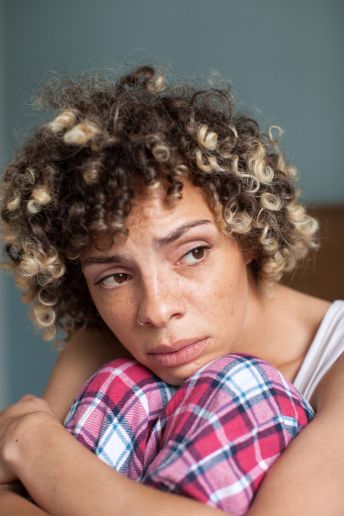 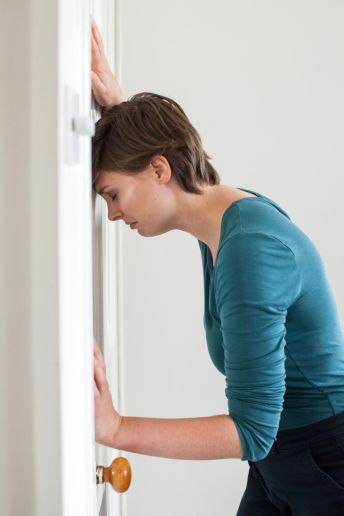 There was a perfect balance between the acts, including JC McFee’s poetry; she spoke with a brutal honesty about her experiences of domestic violence, with poetry that didn’t necessarily aim to be heart-rending, but was spoken with an urgency and truth that was straight and to the point. It was poignant that McFee had her voice heard, when those who are abused are often unable to speak out, silenced by their abusers. Having come from an era where the word ‘survivor’ conjures a mixture of things from my youth – from Destiny’s Child anthem of independent girls and women, to learning about the Holocaust – it was new to me that the word, along with ‘victim’, is one that McFee reveres. Language can be so powerful, and this was clear throughout her poetry.

Alice Denny was the closing act, with her spoken word poetry hitting the audience straight from the first, when she questioned whether we would accept her as a woman. Though arguably rhetorical, various audience members asserted ‘Yes!’. She spoke passionately on and off stage about her concerns around issues such as FGM, as well as exploring gender more broadly. She spoke with great enthusiasm about womanhood, celebrating the feminine, dressed in a LBD with fantastic bright green hair and matching eye-shadow, giving her boldness that refused to be ignored. Her smile and warmth radiated around the room, bringing it to a close with a round of applause.

It was an incredible evening, full of so many unique poets, comedians, artists and singers. Not only did it raise over £160 for the Penny Beale Memorial Fund, but JC McFee also donated more funds through her poetry. Whilst there are issues in terms of what the government can do on the issue of domestic abuse, it was good to see people come together for this cause, and to celebrate the women that stood on stage as part of it.

All images © Copyright Laura Dodsworth – from one thousand words – a collection of photographs, commissioned by Scottish Women’s Aid and Zero Tolerance, to realistically depict domestic abuse and coercive control