Buddhism is often perceived as a religion and philosophy of peace, its proponents kind and gentle souls, epitomised by the charismatic and jovial Dalai Lama. Yet in recent years, stories have broken out regarding the behaviour of Buddhists. A minority within tarnishing the majority it might remain, but the actions of the Myanmar military and the feelings of the population against the Rohingya have cast a shadow across Buddhism.

Buddhism is the world’s fourth largest religion and like all religions, it teaches peace and moral principles to be adhered to in order to attain, in this instance, enlightenment or Nirvana. Like all religions, it has scriptures and texts that can be studied, a central figure and variations of paths that can be taken to achieve the end of the cycle of rebirth and suffering. But, like all religions, it is the errors of humans that create misery, through exploitation, radical interpretation, advantages taken from positions of power and the control of others. In this light, Buddhism is no different in its weakness to human nature and the scandals and problems that come with that nature.

like all religions, it is the errors of humans that create misery

Sogyal Rinpoche, the spiritual teacher and founder of Rigpa, an international network of Buddhist centres, was accused of inducing a female student into a sexual relationship and abusing a number of other students. A lawsuit was originally filed in 1994 but it was in August of this year that he finally stepped down from his position of director at Rigpa. In May 2016, after years of investigations and accusations by a number of wildlife and conservation organisations, police and officials in Thailand raided and began the operation of removing tigers from the Tiger Temple, originally founded as a sanctuary for wild animals. The temple had transformed into a tourist attraction with the opportunities to have photos taken with tigers. Officials removed 137 tigers but discovered the frozen bodies of 60 tiger cubs along with other body parts, tiger skins and pelts, amulets as well as a further four live tigers held in a compound some 30 miles from the temple, thought to be a place where tigers were held before being slaughtered. In 2013, footage of Luang Pu Nenkham Chattigo, a Buddhist abbott, emerged in what turned out to be his private jet. He was subsequently found to have embezzled money and was arrested in the US in 2016, after three years on the run, on charges including money laundering, child abduction and rape.

These are examples of people and institutions that have used their positions of power to exploit female students and make money from illegal wildlife trading. Tragic and awful as they are, these are actions which should be more closely associated with the individuals themselves rather than their religion. But in the case of the persecution of the Rohingya in Myanmar, the situation is different and certainly more complex. 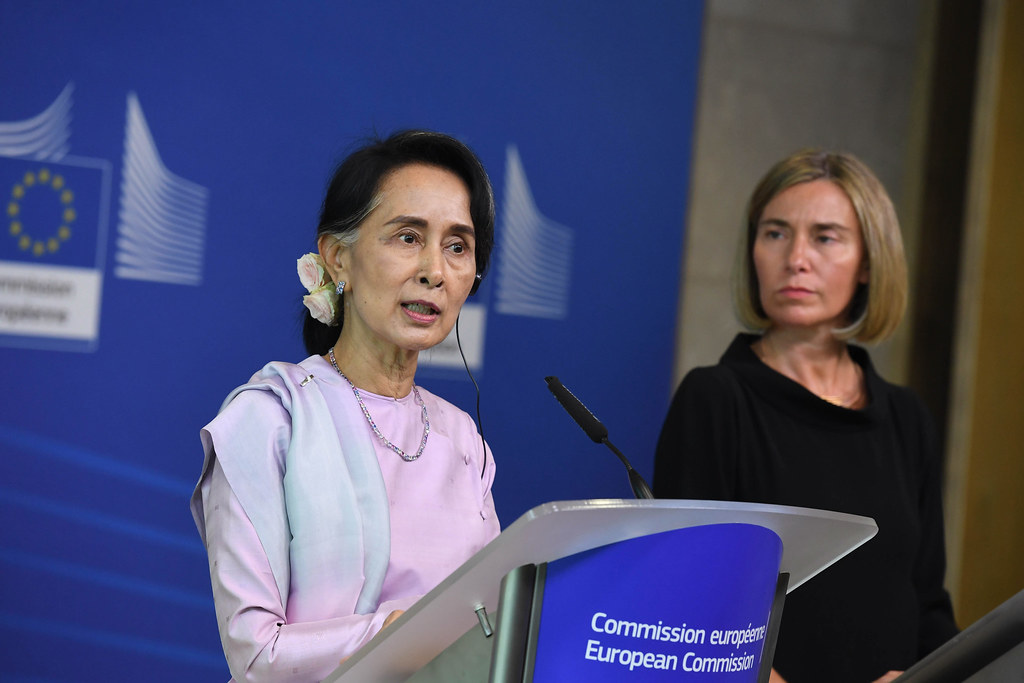 In Myanmar, a country where 88% of the population is Buddhist, the Rohingya are a stateless people. The 1982 Myanmar Nationality Law prohibits nationality to be granted for foreign people unless they are able to prove a family connection. Since the Rohingya are not believed to be of a national race, citizenship is unattainable. Myanmar’s close ties with China and its businesses, along with the ultra-national vitriol coming out of the US, has encouraged the persecution of the Rohingya Muslims – eager to please the Chinese so as to continue their foreign direct investment, seeing this as an opportunity to remove from the country a people that many view as having no right to be there. But in Myanmar, banned organisations like Ma Ba Tha have the ability to garner mass public support with the proposal that their group intends to defend Buddhism, in this case from Islam and so uses religion as its leading cause.

Even though Buddhism essentially forbids all forms of violence, even in self-defence, there are clearly examples of this happening

Even though Buddhism essentially forbids all forms of violence, even in self-defence, there are clearly examples of this happening. Like with many religions, exception now seems acceptable when it comes to patriotism and nationalist concepts. Buddhism rejects violence, it is a form of self-harm and prevents spiritual progression. Yet in Myanmar there is a clear determination amongst monks that they must protect their country. It seems as if they have jumped on the bandwagon of anti-Islamism in order to carry out personal hatred of a religion perceived as dangerous and violent. Yet, just like in Islam, where a minority of its followers interpret their scripture as justification to carry out violence against their perceived enemies, so too do a minority of Buddhist monks seek to remove Muslims from their country, risking a tarnishing of an entire religion as violent and impetuous when it comes to dealing with other religions. 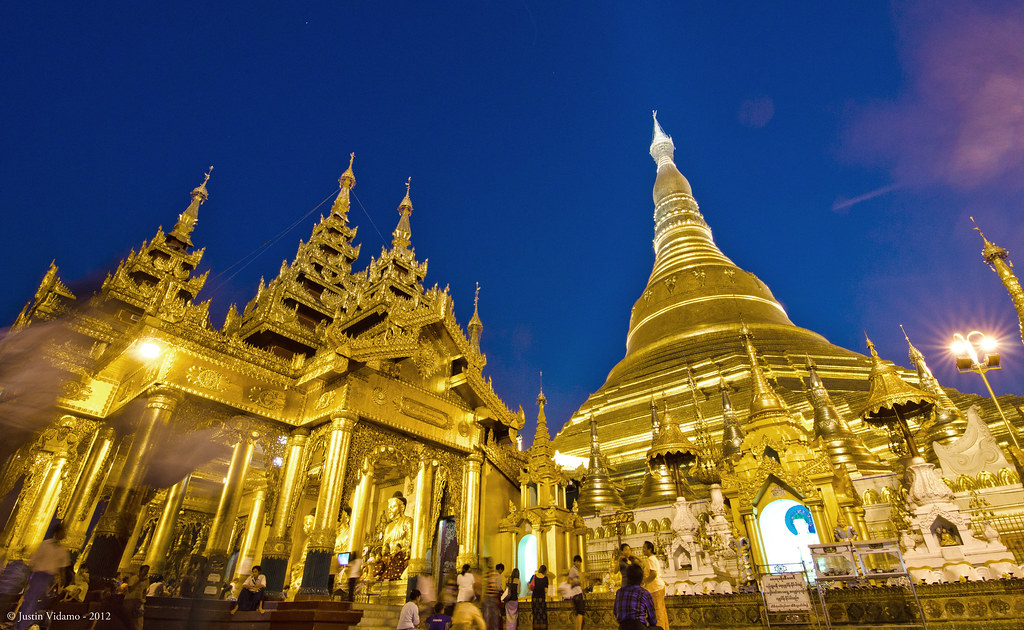 The Shwedagon Pagoda in Yangon. Myanmese Buddhism preaches peace, but it fails to prevent the violence. Image credit: Flickr

Buddhism, like other religions, preaches peace. Yet it risks losing that aura of gentleness in order to gain economically and financially. Violence has long been a weakness of human nature, and religions, for all their faults, have often sought to soothe that unpleasant aspect of the human mind – even though, ironically, they have often done so through the violent persecution of those who do not conform. The Dalai Lama has in the past encouraged Myanmar’s de facto leader, Aung San Suu Kyi, to work more on the relation between Buddhists and the Rohingya. The UN has indicated  the persecution is tantamount to ethnic cleansing. Buddhism is not the cause of these, and many other problems, but those who truly believe and follow its philosophies have a duty to correct those who use it as a justification and cover for their actions.