Male-on-female abusive relationships are often pictured as shows of overt violence and brutalism. You imagine a fragile feminine frame being thrown against a wall by a heaving, snarling man, as if a piece of precious china. But this is only a surface image, and what I would even go so far as to call a political smoke-screen. Though physical intimidation does despicably feature in many cases of male-on-female violence, the less acknowledged – and thus yet more prevalent– characteristic of abuse of women is deeply emotional, and moreover, disturbingly banal.

In previous articles of mine, Equalimania, Botched Bodies, Normalising CBT, and more recently The Urgency and State of Sisterhood in 2017, I had mentioned the tendency of society to be incredibly dismissive about the significance of psychology, and in particular the taxing emotional nuances of women’s internal lives. Relevant to this piece is the fact that women have to manage and repress a multitude of vying social expectations daily – for example looking sexy and being maternal and caring all at the same time. This is reflective of the wider psychological expectation for women to serve men. In short, the Madonna/whore ideology whereby women’s spatial and sexual freedom is fragmented and men are given freedom to overly indulge, is still pernicious and alarmingly accepted.

less acknowledged – and thus yet more prevalent– characteristic of abuse of women is deeply emotional, and moreover, disturbingly banal

“From stay-at-home mums to the successful heads of business, what was very interesting was the underlying psychological element,” Saurav Dutt, the author of The Butterfly Room, a powerful narrative detailing the malignant mechanism of an abusive relationships, confirmed for us. Writing the story after extensive research, having talked to many women across different class backgrounds, Dutt further explained that it didn’t matter how financially independent, instinctively smart, or highly educated the women were: “the abuser might try to choke an otherwise independent woman’s financial freedom by, say, confiscating her credit card or dissuading her from career progression: this is not borne out of jealousy necessarily, but rather control.” This shows men exploiting prescribed social roles – however unconsciously– of woman as passive and accommodating while men are generally considered ultimate authority.

In turn, feeling a silent, but omnipresent disciplinary gaze, women receive these emotional obligations and orders and sometimes even begin to internalise that oppression. An excellent article in The Telegraph – Coercive Control: How can you tell whether your partner is Emotionally Abusive? – also elaborated on the particulars of controlling behaviour: ‘When a victim is frightened of their partner and treads on eggshells out of fear of their reaction, that’s a problem. [It’s abuse] if you feel frightened of your partner and you’re worrying about the consequences of what externally might be relatively minor things.’ This included one example ‘where a man told his partner that she had to wrap cheese in a particular way before putting it in the fridge. If she did it wrong, he would scream and shout at her (…) he didn’t hit her, but she knew he would see it as a symbol that she didn’t love him and she was trying to wind him up. It seems like a minor thing to you – but it has a big impact to them.’ 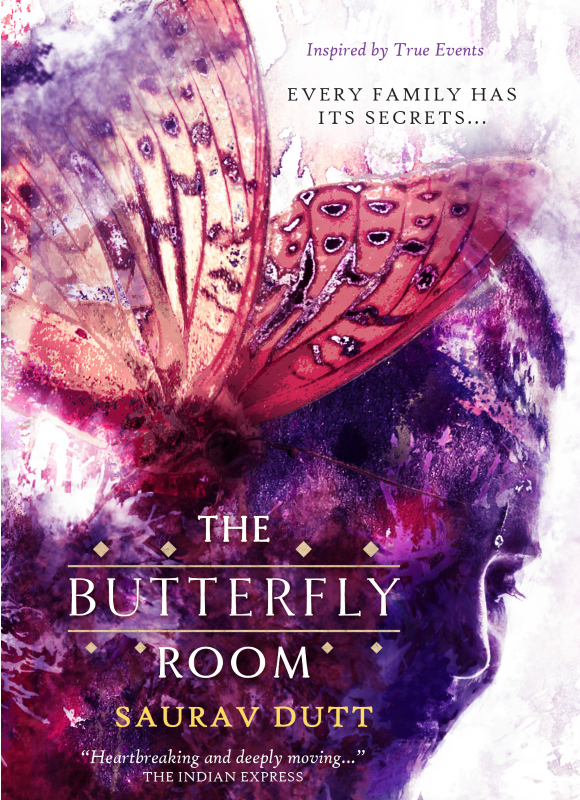 ( The Butterfly Room cover via desiblitz.com )

Unfortunately, having been a victim of this myself, I found myself shamed for the way I was disposing of my sanitary products, accused of ‘soiling’ his property when I used a discarded cardboard container, and was continually sworn at whenever I prioritised work over time with him. Thus, despite there being domestic, marital, and employment protections for women in the legal system, one can see how they are limited by paradoxically pragmatic limitations, whereby no woman is really – immediately – safe from not only falling into an abusive dynamic but staying trapped within it. Anytime, anywhere, apparently small, isolated gestures can accumulate to become a hub of private tyranny; workplace included.

A woman’s voice, core sense of self and autonomy is left open to be gradually co-opted and dictated by another. Therefore framing abuse in a sometimes sensationalist and over-the-top is a distraction from the everyday reality. Indeed, that’s why many popular music artists – Rihanna, Taylor Swift, Eminem, Britney Spears – end up glamorising violent interactions. Because, somewhere, deep down, we do experience this as an ideal: modelling relationships after some sort of rightful, romanticized alpha-male order! To refuse the cold, long-term and sustained emotional element of abuse is to allow the escalation that leads to a man inflicting physical blows. I have felt an increasing interactional currency in the aforementioned relationship where it gradually got to the point that he could hold me down, and charge into my personal spaces where I’m sure he wouldn’t have before. Obviously, physical violence can be instant and horrific in and of itself, but my point remains: if it is the norm for a man to exercise dominance then he won’t think twice about doing so, and the lack of psychological gendered awareness in the world, and consequently flawed legal proceedings, is not an effective deterrent.

A woman’s voice, core sense of self and autonomy is left open to be gradually co-opted and dictated by another.

There have been several recent sexual harassment lawsuits that have fallen apart because the defendant’s lawyer has argued that the woman has reciprocated, instigated etc. at some point during the process and it is therefore not the guy’s fault: for example in the case against Canadian DJ, Jian Ghomeshi. This brings me to another important part of the misunderstood intersectionality between women, the complex emotional landscape, and female agency. It is not only ridiculous to blame the woman for continuing to be drawn back into an abusive relationship, but outright simplistic and inane. Forget the law courts for a second, why is society putting the entire onus on the woman to remove herself from what we have established is highly manipulative and psychological-to the-point-of-being-physical identity theft? At some point along the line the guy has virtually hijacked the woman’s confidence; her motivation to be. Whether it has been through stolen time and attention that should have been given to friends and career, he has a deep and intimate part of her that keeps her imprisoned and compelled to come back. Here, I direct you to the musicians’ Massive Attack and Ghostpoet’s video, which is one of the most meditative portrayals of domestic abuse I have ever seen.

For every step he takes forward, the victim can only take one step back, poignantly demonstrating the power of his intimate invasiveness. There is even a point where a group of girls try to get her attention, but as long as the abuser has her in his eyeline she simply cannot turn to see them. Becoming slowly unnerved the women finally drive off. Thus we need to get better at respecting a woman’s integrity and credibility in this particular demise. No, she didn’t bring it on herself, if she stays there isn’t something absurdly wrong with her, and more than anything she needs patience, support and reminders of her own strengths from her friends – both female and male friends. In lieu of shame and judgement, she needs compassion and personal compliments alongside the: ‘why don’t you just leave him?’ line.

It was also rightly pointed out to me recently that sheer nervousness and fear of emotional punishment (swearing, rudeness at being rejected) can be a reason a woman so-called ‘reciprocates’, outside of a deeply sociological factor; maybe with emojis, flowers, and even physical and sexual acts. There is also the problem of women having dangerously low self-esteem to begin with and society generally being terrible with recognising universal psychological and community issues such as child abandonment and economic vulnerability which compound the damage done to some victims of domestic abuse.

If we uniformly relegate all women in abusive dynamics to being deluded and men as monsters, we are doing everyone and a possible higher humanity a disservice.

This is why, though it is still a problematic image of domestic violence overall – upholding the male gaze and undermining the Joker’s brutality – I was happy to see Margot Robbie’s Harley Quinn in Suicide Squad standing at least as a strong and independent woman. Especially because she gets more screen time than her infamous, widely loved (arguably), Joker boyfriend. A victim of abuse, she is still radiant. Her inner life and choices are given a certain degree of validity and respect. This leads to one final qualm of society’s view of abusive relationships: that the relationship/attraction itself is a pile of rubbish and must be completely void of any love. Let’s give the woman, and the potential non-dickhead in the guy, some credit and realise there are obviously good and rewarding traits that drew her to him, which in some instances, might very well have been genuine. It is important to recognise this to both empathise with the woman’s inner conflict and consequent inconsistent behaviour, and wait for it, to give the guy the space to address his faults and possibly change.

If we uniformly relegate all women in abusive dynamics to being deluded and men as monsters, we are doing everyone and a possible higher humanity a disservice. Again, this returns to our undernourished view of our mental health and inner selves. Absolute male autonomy is historically twinned with a bourgeois idea of a perfect, ideal self. This leads to the Jekyll and Hyde sort of absolute morality and repression, including within the legal system, responsible for driving a lot of atrocity and crime. I’m not saying this applies to all men – Trump and R Kelly being suspected exceptions – but it’s certainly true that in the same way many women are vulnerable so too are many men: damaged, and subject to difficult childhoods and upbringing; with the right help, they might just have been another way.

Having a less extreme and explosive concept of abuse could thus help across the board. I hope in a gender unequal and feeling society, individuals and hopefully law courts can begin to acknowledge the real depth and nuances of this issue and institute more incisive reform e.g. an intermediate legal system which perhaps flags up a man if enough anonymous women report his psychologically controlling or threatening behaviour, and the dropping of using the word ‘reciprocation’ as if it is a slur.

2 thoughts on “WHAT YOU DIDN’T KNOW ABOUT ABUSIVE RELATIONSHIPS: SOCIETY’S VICTIMS”