Recent events have focused media attention on changes to the environment of Antarctica, brought about by both natural and anthropogenic effects. Yet the Arctic should remain higher on the list of priorities, for challenges it faces are not merely regional, but global.

The Arctic Council, which consists of the eight countries with territory within the Arctic Circle, produced a report ‘Snow, Water, Ice, Permafrost in the Arctic’ (SWIPA), which stated the area of sea ice has decreased by over 50% over the past 30 years. The report goes on to estimate that the Arctic will be ice free by 2040 (although some other reports suggest 2037). Regardless of the exact year, the thickness of Arctic sea ice is falling dramatically. In the central Arctic ocean, the ice has declined by up to 65% between 1975 and 2012. It was in 2012 that the lowest area of was recorded, at 4.1 million square kilometres. The previous record was set in 2007 with 4.17 million square kilometres. 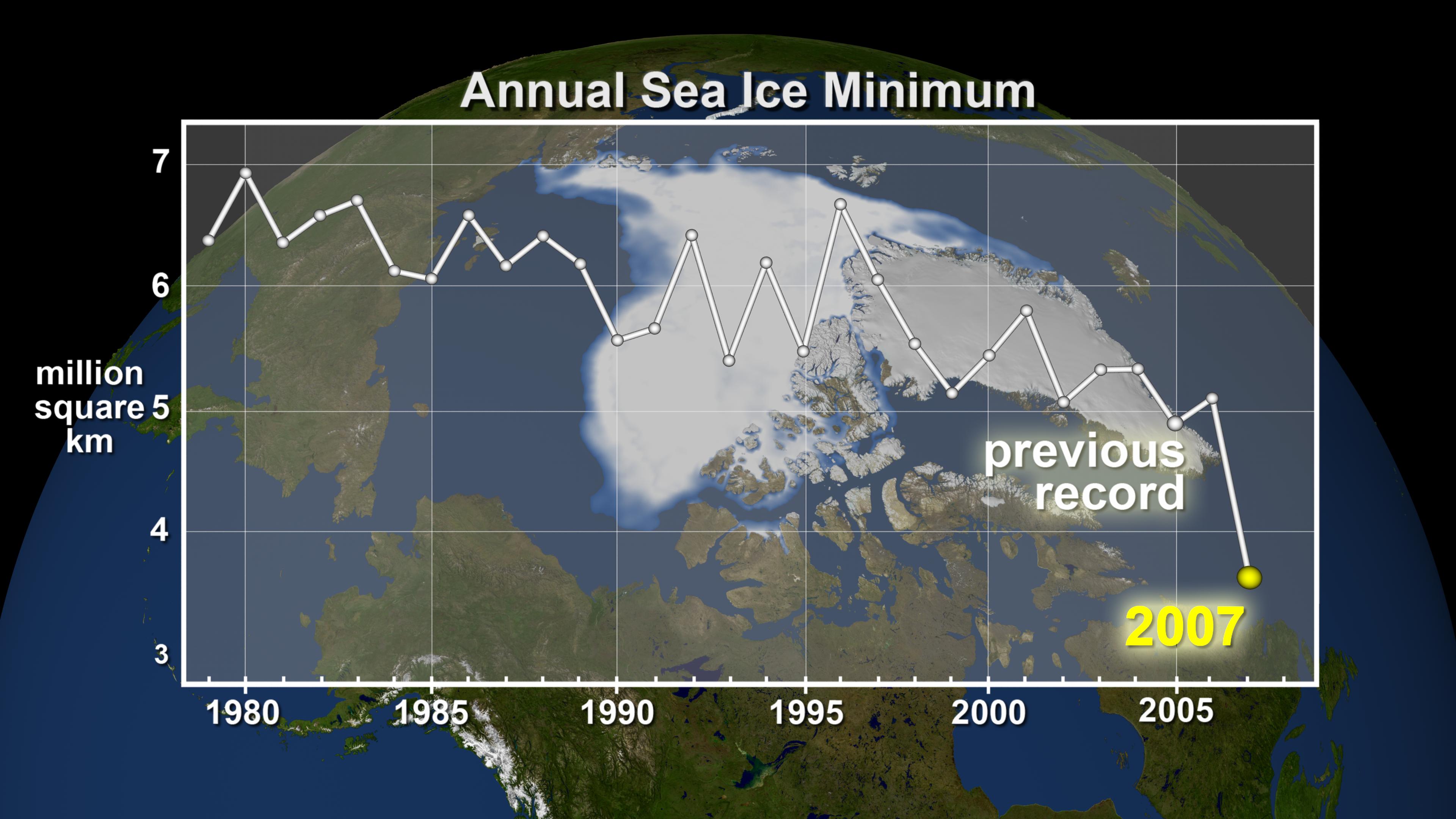 As with Antarctica, a combination of increasing oceanic and atmospheric temperatures have contributed to the decline of sea ice, warming it from above and below. The warmer atmosphere also leads to higher levels of precipitation, increasing snowfall. Again, as with Antarctica, more snow does not mean more ice, rather it creates steeper surface gradients and therefore more stress on ice flows. Research by the Second European Stratospheric Arctic and Mid Latitude Experiment (SESAME) has focused on a phenomenon called the Arctic Vortex.

This Vortex is a wind system that essentially traps the atmosphere and its varying elements within. Part of these elements are chlorine-based CFCs. The melting of the sea ice releases molecular chlorine which is then gathered up in the vortex and the chlorines-based CFCs contribute towards the degradation of the ozone layer. A similar event happens regularly in Antarctica during the springtime. This leads to Australia and New Zealand’s authorities sending out warnings, as the lack of ozone allows ultraviolet light to come through. As a result, an estimate suggests that two out of three Australians may develop some form of skin cancer during their lives. While not on the same scale compared to Antarctica, that this has happened at all is disturbing and represents a change in the composition of some layers in the Arctic Circle’s atmosphere. Agreements to limit the production of CFCs have slowed the process, but CFC molecules live for a long time.

As with Antarctica, a combination of increasing oceanic and atmospheric temperatures have contributed to the decline of sea ice, warming it from above and below.

A US Geological Survey estimated the Arctic as holding up to 90 billion barrels of oil and 30% of the world’s natural gas. As our civilisation presses onward, ever eager for greater resources, at some point this will be too good an opportunity to miss for the oil and gas industry. Environmental groups have long fought against any attempts to drill and explore the Arctic region and Barack Obama’s administration put in place a long-term ban on such attempts before he left office. Nonetheless, earlier this year Donald Trump signed an executive order aimed at reducing mineral rights and restrictions on oil drilling. The potential for actually processing oil and gas is another matter.

Shipping routes would in theory benefit from a lack of ice in the Arctic region. However, there has been very little uptake of this option, despite the potential reduction in the time it would take to transport goods and the money that could be saved. Drifting icebergs are a threat and climate change has created more hostile waters. Unusually high waves have been recorded, some measuring up to sixteen feet, make transport and any exploration extremely difficult and therefore increasingly expensive. A lack of infrastructure in terms of deepwater ports means that any environmental disasters, such as oil spills, would be very hard to tackle, exacerbating the problem even more with catastrophic consequences.

Around 4 million people inhabit the Arctic region, many of them indigenous populations like the Inuit. Their food sources have become harder to find due to changing patterns of animal migrations and decreasing populations.

The Arctic community is facing grave problems. Around 4 million people inhabit the Arctic region, many of them indigenous populations like the Inuit. Their food sources have become harder to find due to changing patterns of animal migrations and decreasing populations. What food they do find is becoming ever more toxic, with high levels of mercury detected. Even places that have no human interaction trap more and more rubbish, such as plastic bags. Plastic micro-beads continue to infect every part of the food chain.

Politically, the region is stable, but this may well change as the race for resources picks up its pace. Russia and China are investing in the Arctic. The Arctic Council remains strong and resolute; preparing plans for tackling ecological disasters; rejecting a number of nations who have requested observer status and maintaining collaboration with those who are directly affected or connected to the Arctic region.

There is so much to be fearful about when it comes to the Arctic, but there remains plenty to be confident about too. The Paris Agreement made steady in-roads to ensuring the environmental safety of the Arctic. Industry may be looking at ways to exploit it, but ecological changes are putting a steep price tag on any potential movements. The less we interfere with the Arctic, the better an idea we can get about what is happening in the world. While it might seem like another world itself sometimes, the regional effects in the Arctic are very much representative of what is happening globally. To turn it into another industrial wasteland would be both regretful and forever damaging.