Your new book, Illegal, tells the story of your arrest and deportation from Ecuador and your consequent return over the Colombian border with the help of corrupt police. There’s also a love story which runs through it. Crime and love both sell books – was this thematic mix deliberate?

My original intent was to focus on borders and revolution but almost every person who read a draft, especially early on, wanted to know more about the love story. So I kept adding more with each new edit. We’ve all been in love so that shared experience makes it relatable and easier to digest. That common basis is a great launch pad to touch on everything else, too.

I think writing can be a much more effective tool.

You fell out of love with America after 9/11 and the Iraq war which followed. This prompted your exit. Where do you stand now since the US elected Trump?

There is an eery similarity between then and now for me. When George W. Bush was re-elected that was the trigger for me to leave, for me to distance myself from my native country. I definitely felt a similar pull once Trump was elected, but I’m in a different place now. I already spend much of my life outside the US and have come to realize that every place has its faults so I’m less inclined to make a clean break. I’m also much more motivated and able to push back. I felt completely alienated from my country back then, I had tried my best to be a ‘good’ protester and it not only got me beat up and arrested but it didn’t seem effective.

Besides feeling less tied to this country now, I think writing can be a much more effective tool.

Although the law caught up with you, as an American, white male did you ever experience a certain amount of immunity because of these perceived privileges?

Absolutely. It’s much harder for us to see when people treat us better than when they treat us worse, so this wasn’t something I was initially conscious of, but in hindsight I had a lot of advantages. The most important of which was based on the happenstance of where I was born, which is a significant theme in the book. There’s no way someone from Ecuador could have come to my nation and gotten away with half of what I did—they wouldn’t even be able to come in the first place. Even when I was living illegally and crossing borders I knew police would assume I had good intentions and I was often able exploit that to trick police into thinking I was just an oblivious tourist rather than a fugitive of their borders, breaking laws right in front of them. 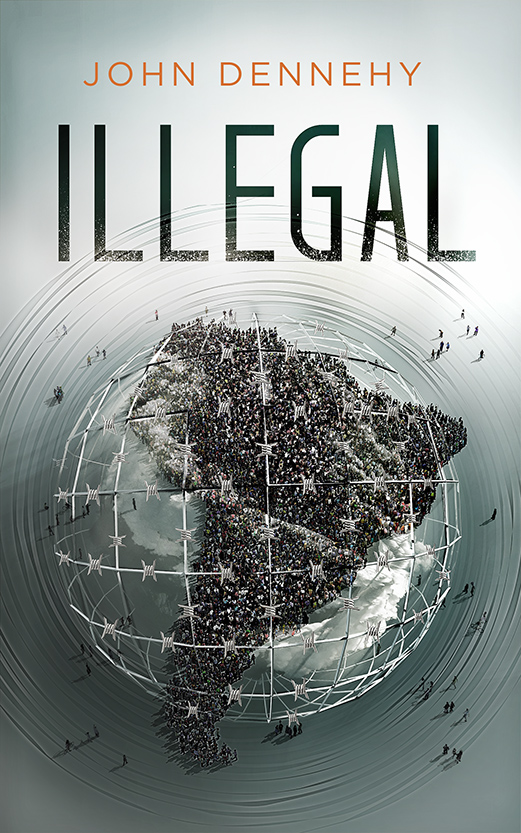 Can you describe the self-publishing process; what made you choose that route?

I went back and forth about the best route for a while. I considered the traditional route and was talking with an interested agent but had too many concerns: she wanted to shift the focus, but the actual deal-breaker for me was time. In a best-case scenario, she figured two years to publish, and worst case scenario was, that after putting in significant energy and time, she wouldn’t be able to sell it at all and I’d be right back at the start with zero progress made. I was motivated to tell the story now.

To have a higher quality and wider reach is a lot more effort, more than you would ever do if you went with a traditional publisher. You can do all the things that the publisher would do on your own: like hiring an editor, cover designer, publicist, and building a social media presence and website. My path has been much closer to the latter, which means I had some upfront costs and needed to learn some new skills. But, if done right there’s almost nothing a traditional publisher can offer you that you can’t do on your own.

When I describe creative nonfiction writing to people, I highlight the role of authorial voice and how vital that is in bringing a true story to life. It’s not just about recounting the facts. How would you describe CNF?

Fiction’s focus is on writing a good story. All its creative literary devices, like character development and story arc, help make engaging stories. While nonfiction prioritizes information and facts. For me, creative non-fiction is great because while it’s true, it also uses all the elements of fiction to create more depth and engagement.

For me, creative non-fiction is great because while it’s true, it also uses all the elements of fiction to create more depth and engagement.

Ten years have passed since your story took place; what value did hindsight give you when writing Illegal?

So much. Initially I was far too close to the situation to see it clearly. It’s always hard to see ourselves with any clarity but time helps a great deal. I think if I had published this soon after the events, it wouldn’t be very good. While writing the story now, a decade later, there’s a constant struggle on the page between the protagonist in the story and the author writing it, and that distance is fuel to the story. I also wouldn’t have been able to be as honest. There are plenty of things that happened in the book that I’m not proud of and I think if I wrote it too soon after I would be subconsciously concerned with justifying everything I did. All the time that’s elapsed not only helps me see all the mistakes I made but also allows me to freely admit them all and not try to distort or justify.

Finally… Why did you write Illegal?

I’m an activist first and a writer second. My frustration with the ability of street protests and physical acts to effect substantial change made me look inward. And Illegal has really been the goal all along, it was what motivated me to become a writer so that I might be able to tell the story properly. It’s what made me take classes in New York, it’s what made me move to England and study at UEA. It’s been my finish line for a long time. The goal is to change people’s perspectives; stories are just a means to that end.

John Dennehey studied on the Creative Nonfiction MA at UEA in 2014. His first book, Illegal, will be available on virtual shelves soon.

All images via John Dennehy

One thought on “INTERVIEW WITH AUTHOR AND UEA ALUMNUS JOHN DENNEHY”