George A. Romero passed away in his sleep on 16th of June 2017, after a short battle with cancer, at the age of 77. Over a long, incredible career spanning five decades, Romero rightly earned his reputation as a, perhaps the, Master of Horror.

Through films like bio-weapon conspiracy The Crazies (1973) and Martin (1978) – a film where a young man whom today’s media would undoubtedly call a ‘disturbed loner’ indulged his patriarchal privilege, through vampiric acts of sexual violence – Romero drew out the political unconscious that underpins so much of our societal mythology. While he did branch out however, he devoted the majority of his best years to the sub-genre which made his career, and which will undoubtedly see him immortalised.

Zombies, in the traditional sense, actually originate from Haitian folklore; bewitched human beings who had become mindless slaves thanks to a voodoo curse. They’re a very different beast from the Romero zombie (though as we all know, the “z word” didn’t appear in canon until 1978’s Dawn of the Dead), who debuted in 1968’s Night of the Living Dead. With the immortal line, “They’re coming to get you Barbara…” Bill Hinzman, attributed as the inventor of the ‘undead shuffle’, shambled onto screen, seeking his next fix of human flesh, and the rest was history.

The “things” in Night of the Living Dead are the precursors to every on-screen horde since, the forefathers of a global phenomenon. That’s because Romero always imbued his ‘monsters’ with a chilling sense of pathos. They were relatable because they were us. In Night of… this is realised through one of cinema’s greatest sucker-punches. Having survived the threat of the horde itself, protagonist Ben (Duane Jones) is gunned down by a redneck sheriff and his posse, who mistake him for a zombie. The film’s first print was completed a matter of days before the assassination of Martin Luther King Jr, news of which the director heard over a car radio, while driving the film to New York for distribution. The ending tapped into the rage felt by those in society who had once again been told, in no uncertain terms, that even the most peaceful among them were viewed by the powerful as no more than another member of a rabid, merciless horde. 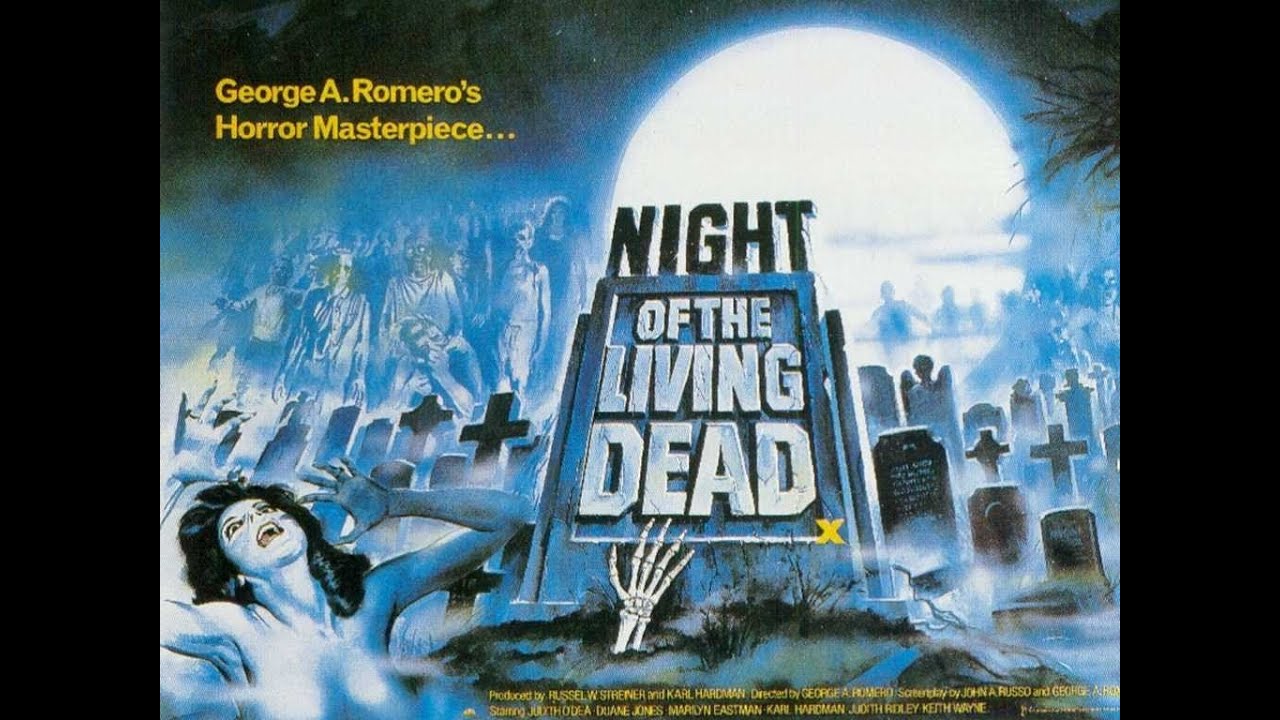 The sudden juddering end to Night of… brought with it a horrible ideological realisation. While throughout the film we had treated the dead as the absolute threat, the monstrous Other which should be destroyed by any means necessary, we found we had more to worry about from the established power structures of “normal” human beings – a thread running through every worthy piece of zombie fiction since, from 28 Days Later to In the Flesh, to The Walking Dead and Train to Busan.

Now, understand why the Romero zombie is so terrifying when you think about it. It’s not that in death we lose our concept of self, becoming some nightmare automaton of consumption, it is that in life we have internalised the desire for commodities to such a degree that it has become a naturalised ideological impulse akin to the need for food. We exist in normality as zombies, as we saw with the London riots of 2011 – which, while sparked politically, were fuelled by an almost primal urge to consume, a learned ideological function which until that moment the impoverished rioters had no means to fulfil. The idea of a shopping mall has no place in nature, so its draw for a zombie who supposedly has but one drive must be something other than natural. It is a learned behaviour, a hangover from programmes the mind previously ran.

Romero’s greatest legacy was that he spent his career turning the way we see the monstrous Other of horror upside down.

Next, Day of the Dead (1985), took this theme of learned behaviour further, with the iconic character of Bub. While Dawn had seen arguably the first really pitiable zombie, which seemed to wail in misery at its fate, Bub was something else. Trained – through questionable methods perhaps – by Dr ‘Frankenstein’ Logan (a nod to Mary Shelley, to whom as a humaniser of monsters, Romero was plainly heir) had regained the ability to obey simple commands, and even speak, but more than that, to feel compassion. When confronted with the death of his long-time teacher and friend, Bub is unmistakably sad. He doesn’t attend the corpse for an easy meal, instead setting about playing his part in the downfall of the toxic military complex responsible for the Doctor’s death.

Eventually, inevitably, the auteur returned once more, with 2005’s Land of the Dead. At that time, the “zombie renaissance” was in full swing, with a glut of z-films filling cinemas, but without his contribution it would have been incomplete for many. Romero was the Da Vinci of the craft, and as Da Vinci transformed the way artists looked upon light as a means to convey realism, Romero’s greatest legacy was that he spent his career turning the way we see the monstrous Other of horror upside down.

The undead in Land are treated as props for crude entertainment by a wealthy ruling caste, while the poor must risk their lives to live in filth below, in an increasingly unsustainable capitalism that refuses to give way, even beyond the apocalypse. With the old world dying and the new world struggling to be born, this is the time of monsters. With a presciently Trump-ish empire, assembled by Dennis Hopper’s autocratic tycoon, gradually placing walls between humans and zombies alike, we see the arc completed as the horde join our protagonists to tear down the barriers assembled by the dystopian cult of business.

We are all undead now – the poor and the downtrodden, the dispossessed, the oppressed, and the ideologically reviled

We are all undead now – the poor and the downtrodden, the dispossessed, the oppressed, and the ideologically reviled – all treated as just another aspect of some ragged, blood-thirsty horde, by an ever-shrinking band of billionaires, cowering behind walls they hope are enough to keep their way of life safe. That’s the reason people dress as zombies for fun, for mass community events, even for protests like the recent G20 demonstrations – the sympathetic creatures born from the vision of George A. Romero will shuffle on eternally, even now that he has left his own mortal shell behind.

A fitting conclusion therefore stems from a classic vampire-apocalypse horror novella, penned by Richard Matheson, one of the many sources cited as an inspiration for Night of the Living Dead. In line with that story’s ending, it is true to say that those like George A. Romero, who capture the power of our imaginations and master our nightmares, never really die. He is legend.

Jack Brindelli is the Director of the Norwich Radical Film Festival, who announced earlier this week they will be screening Night of the Living Dead in the film’s 50th anniversary year in May 2018. For more information on the festival, click here.