Last night, combat sports enthusiasts of the world gathered around their television sets. At the end of a long day’s work, they sunk into their sofas – remote in one hand, perhaps a Bud in the other. Of course, as they have been saying to their less knowledgeable friends for months, this whole fight is simply a farce. Of course, just like everyone else, they are obviously going to watch it. This week has been the world tour: a series of hugely anticipated pre-fight press conferences. Fans now watch eagerly – just to see if there could be some substance to this fight after all.

What they have been greeted with is a steaming, grotesque, shameless turd-like insult to everything they hold dear.

Mayweather-McGregor is the third or fourth fight in almost as many years to be touted as the ‘fight of the century’. However, this one hasn’t earned that title due to its sporting credentials, nor the stylistic merit of the match-up. It is simply because these are the two best known fighters in the world, with their fame extending beyond the immediate circle of their respective sports’ fans. By extension, they are also the most valuable fighters in the world. Because of the potential mountain of money to be made, it simply didn’t matter that getting McGregor and Mayweather into a ring together was like getting a racist square peg into a domestic-abusing round hole. It also didn’t matter that a boxing match between McGregor and Mayweather is about as one-sided as a fight between a horde of grizzly bears and a man in a suit made of salmon. For the love of God, McGregor isn’t even the best boxer in MMA, let alone the best in history.

Both men are doubtless incredible athletes in their own right. However, both are actually famous as trash talkers. So the pre-fight press conferences have, in many ways, become more important than the actual fight. They have become unbearably dramatised and excessive. Gone are the days when the press could actually ask questions at a press conference. Now, the fighters simply perform pre-written monologues, complete with props and backing music, as they wander freely around the stage, carefully avoiding any topics relevant to sport. The UFC has been influenced significantly over the years by the expectations of fans from pre-existing similar sports. For example, the introduction of timed rounds and gloves, despite no evidence for either increasing competitor safety, were both moves to more closely imitate boxing. These press conferences, on the other hand, have pretty shamelessly taken their cue from the world of choreographed professional wrestling.

The New York press conference was the most distressing so far. The whole arena became an all-devouring black hole of toxic masculinity. McGregor strutted around in his plainly-not-a-polar-bear jacket, saying that his jacket was a polar bear. Meanwhile, Mayweather showered him with dollar bills, as he did so pausing for breath just long enough to cease being a misogynistic pig (but don’t worry, the backing track ‘I Luv Dem Strippers’ had him covered).

The most upsetting turn of the whole event was a racist tirade by McGregor, made in a child-like attempt to vouch for the size of his penis. Seriously. (At least, to their credit, the New York crowd turned against him at this point.) In an interview after the event, he attempted to justify the remarks by claiming that he wasn’t racist because he bought Jay Z’s album and quoted Notorious B.I.G. on the way in. Thus, a piece of age-old wisdom is confirmed: never let people who get punched in the head for a living talk about anything other than being punched in the head. There are doubtless many newcomers to both boxing and MMA watching these press conferences – what a first impression to make.

This is especially sad considering that I did really like McGregor. I liked his open-minded approach to the sport, his honest ambition, the way he talked about his profession as an art form, the way he brought in unorthodox ‘movement training’ under Ido Portal, and the way he incorporated motions and stances from more traditional styles such as karate and capoeira. Success has truly broken him.

There are doubtless many newcomers to both boxing and MMA watching these press conferences – what a first impression to make.

An underlying cause of this racist and sexist spectacle is the ever-increasing role of money in UFC decision-making: under Dana White’s stewardship, it has behaved less like a respectable sporting tournament and more like a profit-maximising corporation. Its relationship to its athletes is roughly equivalent to ExxonMobil’s relationship with the bottom of the sea. George St Pierre has been prevented from competing until maximum viewer excitement is created. Amanda Nunes was told she would never headline an event again after missing a fight due to illness (despite Jon Jones, a fan favourite, repeatedly being permitted to return, after missing high-profile fights by being in prison or on drugs). When White got into a business disagreement with Dimitrius Johnson (probably the most skilful athlete in UFC history), White threatened to scrap Johnson’s whole weight division.

Meanwhile, Brock Lesnar, another fan favourite clearly on steroids, was permitted to skip a drugs test ahead of a big comeback fight. Lesnar subsequently won the fight, but was stripped of it when he failed the test retroactively. When it comes to UFC decision-making, accountability has never trumped profit. And building a respectable sport on this principle is like building a mansion on sand. White’s quest to pit McGregor against Mayweather, and these horrendous press conferences which have resulted, are its ultimate manifestations. With the average spectator’s seat costing $1,500 and pay-per-view at nearly $100, McGregor and Mayweather are set to make hundreds of millions each – all for the reasonable cost of their sporting dignity. 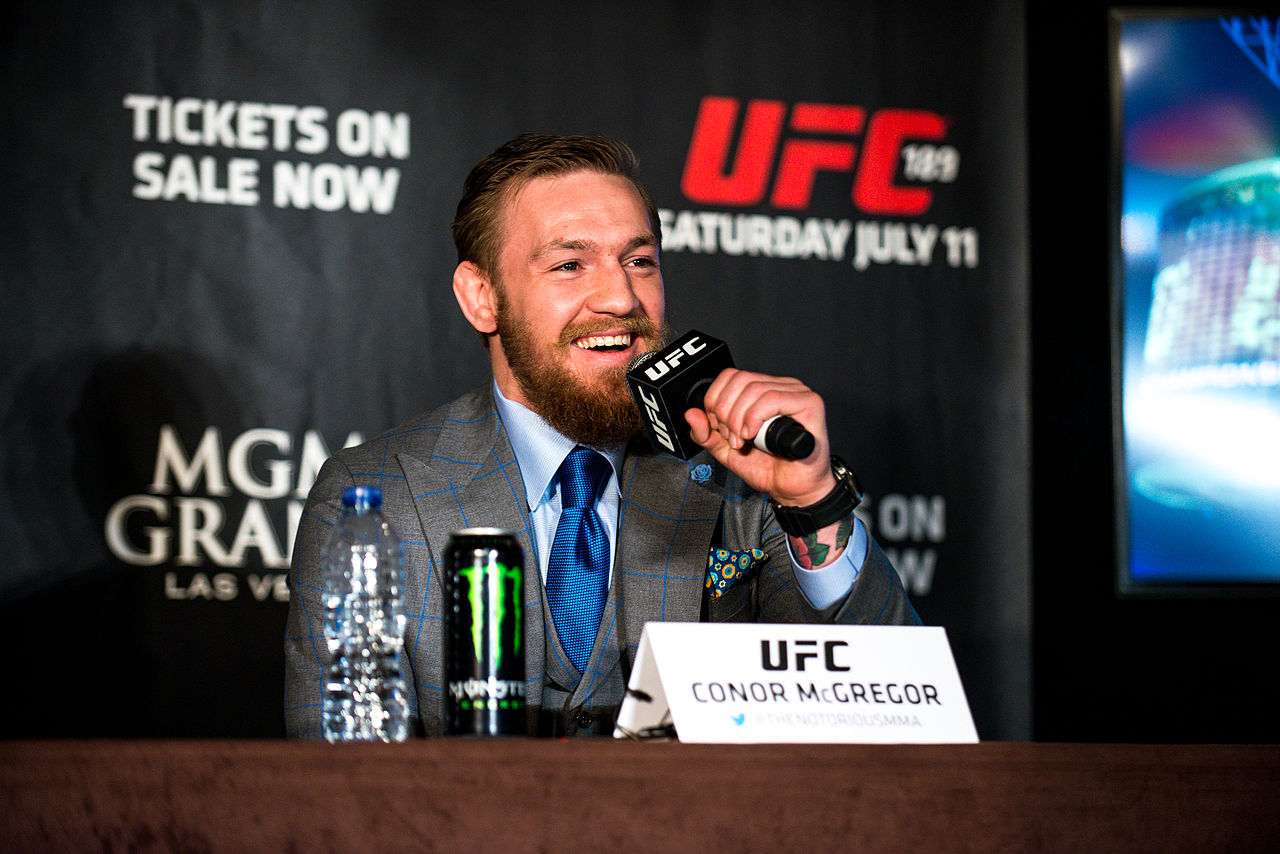 The birth of the UFC was hailed as a watershed moment in the history of martial arts. It was the first time fighters from different traditions could be systematically pitted against each other, to truly discover which techniques worked, and which did not. The resultant sport, Mixed Martial Arts, has been a hotbed of innovation and athletic heroism. It is, simply put, an incredible time to be alive as a martial artist. However, the UFC has become overbearingly governed by the pursuit of profit, and now risks tarring the whole sport with a crass and ridiculous brush. It is not for nothing that Meryl Streep said, in a speech against Trumpism, that “football and mixed martial arts […] are not the arts.” If more steps are taken away from serious competition and toward crowd-pleasing empty-headed peacocking, then the whole project of bringing combat sports into the mainstream may be utterly derailed. We deserve better than this.