A few days after Trump’s Presidential win, an article by Pulitzer Prize-winning author Junot Díaz – entitled Under President Trump Radical Hope is Our Best Weapon published in The New Yorker – went viral. In it, the Dominican writer called out Trump as a ‘misogynist’ and ‘racial demagogue’, and principally defended multiculturalism stating that in order to recuperate: ‘we need to bear witness to what we have lost: our safety, our sense of belonging, our vision of our country’. He further argued that the best way to do this was to employ a concept called ‘Radical Hope’.

This, according to the creator of the philosophy Jonathan Lear, is a determined sort of hope that tackles mass trauma by being “directed toward a future goodness which transcends the current ability to understand what it is.” Here, I would like to highlight the British Labour Party’s recent parliamentary progress as not only encapsulating this, but also expanding Díaz’ original proposed vision. Corbyn and his recently more socially democratic party so successfully delivered Radical Hope that it not only revived the liberal spirit, but the possibility of a truly equitable world.

if you take a closer look at the people power behind this, there is yet a larger – moving– movement behind it.

In a Tory-led Snap Election, Labour snapped up an unexpected 30 seats, taking even the traditional Tory stronghold of Kensington – the last seat to be declared – in a final fortuitous twist. Conversely, May’s party lost roughly a third of the seats won by her red counterpart, and for some the most unlikely scenario of a hung parliament actually materialising was even considered a Labour victory. The chief reason for Labour gaining such traction was repeatedly cited as their strong social care-focussed manifesto, including prioritisation of the NHS, state and higher education. An article in the Kent Live local news, 6 Reasons why Labour made history and even won the Canterbury Seat from the Conservatives even attributed the constituency’s higher voter turn-out to these party policies: ‘In 2015, 53,465 people voted in Canterbury – a 64% turnout – while this year saw 56,800 voters taking to the polls, which is an 8.7% rise. It would suggest that of those extra people who had their say, many of them may well have chosen to vote for Labour.’ Tuition Fees and concern for Kent and Canterbury hospital were then given as the specific motivations for this.

Importantly, Díaz goes on to elaborate that Radical Hope ‘is not so much something you have but something you practice; it demands flexibility, openness, and what Lear describes as “imaginative excellence.” If you consider Labour’s pro-active strategy in delivering the message of their manifesto and heightening their party visibility, from their increased and passionate door-to-door canvassing and buzzing phone banks, to the development of ‘a sophisticated social media’ tool, Promote, that roused their potential voter base, including the thousands of university students who opposed tuition fees and public cuts, they embodied exactly this. And, if you take a closer look at the people power behind this, there is yet a larger – moving– movement behind it. 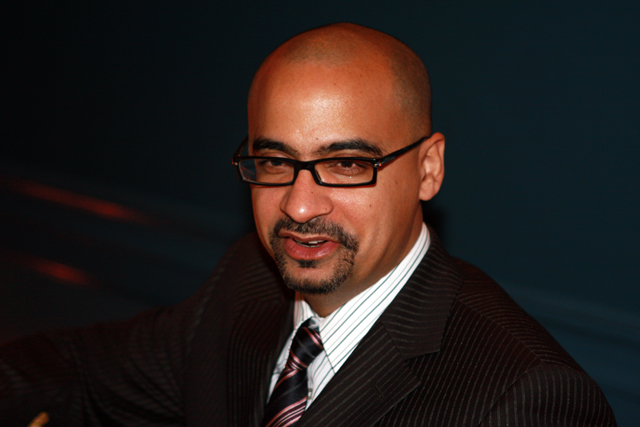 At the end of the 2015 general election Labour enjoyed an expanded membership and volunteer base, all of whom contributed to the mobilisation of a successful campaign in 2017. The party have also benefitted from sacrificial support from an unofficial progressive alliance, largely led by the Greens and to a lesser extent the Lib Dems, who asked several of their candidates to step down and help Labour succeed where they had the strongest chance against the Conservatives: otherwise known as tactical voting. This demonstrates a strong response from the wider progressive electorate to the warmer, nation-building policies of Corbyn. In this way, Labour’s closing of the political point gap simultaneously reflects the mending of a former liberal internal disconnect.

As discussed in a previous article of mine, Pretension is A Scourge, there had emerged an increasingly obvious gap between the ‘progressive’ movement, and the virtues of tolerance, empathy and community that it claimed to represent. This largely lies in a portion of the educated elite who consciously identify as liberal, but indirectly support a class system favouring the more privileged and intellectually qualified.

Unfortunately, this laissez-faire attitude also contributed to the preservation of an exploitative neo-liberal economy that has dominated over the past few decades. New Labour was, after all, voted in thrice, all the while feeding big business. You could say that people of all class, and ethnic, backgrounds voted Blair and Gordon in, but that’s the point: none of us were right. This comes back to the shape of the latest Labour politics and their gathering momentum: they finally woke up and excised the biggest liberal misnomer of the millennium: advancement of cosmopolitanism at the expense of social equality. When Labour continued to be voted in, and Obama became the first black President, the progressive movement was seduced. We were convinced we’d neared the end, when really it was only some sort of beginning.

We were convinced we’d neared the end, when really it was only some sort of beginning.

We fought for free movement and cultural diversity, but not enough for the systemic exploitation of workers, from the underprivileged and invisible on our own doorstep to those in third-world countries, including in many cases the international governments themselves. In this way, Labour’s recent progress also signifies a wider spiritual union. They forged an inclusively caring consciousness by sincerely bringing in voices, who up until then, were only nominally present. Outspoken US comedian, Sarah Silverman said, paraphrasing a post-election interview: ‘At least with Trump,we can see the boil. Before all the anger and frustration was hidden, but now it’s at the fore.’

Our British equivalent of a frustrating social blight were the repeated Tory wins despite austerity, and of course the big one: Brexit. As progressives, we were not only given the opportunity to accurately identify and combat the vacuum in liberal politics, but concede the insights of a considerable portion of the right-wing. For example, regulating immigration under the Labour government was a legitimate problem. Former Home Secretary, Jack Straw, had stated ‘thorough research by the Home Office suggested that the impact would in any event be ‘relatively small, at between 5,000 and 13,000 immigrants per year up to 2010 (…) Net migration reached close to a quarter of a million at its peak in 2010’. This meant that though the country was getting cheap and ready labour, British nationals were in fact immediately competing for living space and jobs .This also meant issues such as minimum wage and how developing countries such as Poland were losing their skilled labour was deprioritised.

Unbeknownst to Díaz and Silverman at the time then, because such is the nature of Radical Hope which to repeat ‘transcends the current ability to understand what is’, they were not only referring to the pragmatic and emotional regaining of a liberal centre ground, but an ideological reformation: what it means to be truly progressive. Not overly corporate-friendly nor completely socialist, we essentially needed a right-wing resurgence to get liberalism right. From a position in the aftermath, this involved negotiating what were becoming two increasingly calcified, divergent dialogues: finding common ground as global citizens and being less concerned with politically reductive labels – who is a liberal and who is conservative – and more about really connecting with people. Indeed when I spoke to Uma Kumaran, current advisor to Labour’s shadow communities as well as Sadiq Khan’s mayoral campaign, she emphasised ‘that granting everyone a voice and running a clean campaign’ had been crucial. Only a default warmth and empathy for those on all sides of the political spectrum can result in an enlightened order: one that represents the greatest good for the most amounts of people.

In the past, the greatest healing has come of international trauma. Following the geographical disruption of World War Two came accelerated decolonisation, migration crossing formerly hostile borders, and respect for women who competently took over men’s jobs. If we had to experience another massive disruption, this time latently psychological, it only means we’re getting closer, to each other and the fairer world the majority of us really wants. We must stay sensitive to a hierarchical system that is an intersecting national and racial issue. This is ultimately ‘our greatest weapon’ against those who do want oppression and inequality. Where they employ mean-spirited marketing campaigns, we will keep taking the emotional high ground. Just as we would want to include the legitimate viewpoints of diverse cultural communities, we must be willing to assimilate those of the vulnerable right-wing.

One thought on “LIBERALISM HAS NEVER BEEN STRONGER, LET’S KEEP IT THAT WAY”