Like almost everyone I know, I have become addicted to the late night host shows. At this point they are a necessity; a way of staying informed that isn’t utterly soul crushing.  Each one has a unique selling point that makes them enjoyable. Stephen Colbert has old-school charm and charisma, Trevor Noah is connected with youth and subcultures and leads a diverse team, and John Oliver provides university level insight with scathing British sarcasm. Maher, meanwhile, seems vulgar, combative, and biased to the point of being uninformed – or, at the very least, uncaring.

On top of this, the other hosts are for the large part funny and entertaining. Maher’s school of comedy feels outdated, lazy, and dull. More often than not his attempt at quick wit is to mention that he is an atheist or that he smokes weed. The qualities are not hilarious in themselves (like the idea that Trump is actually the President, or May is strong and stable) and he lacks the skill to capitalise and make a success of them (like Trump and May with their respective leaderships).

Each week I sit perplexed and angry at myself, confused why I still watch his show. I cringe through the monologue, wince at Maher inability to frame a question and feel embarrassed when he interrupts, screams at, or cuts-off his guests. But I can’t help myself. I’m addicted to the one quality that Real Talk has over its counterparts: conflict. 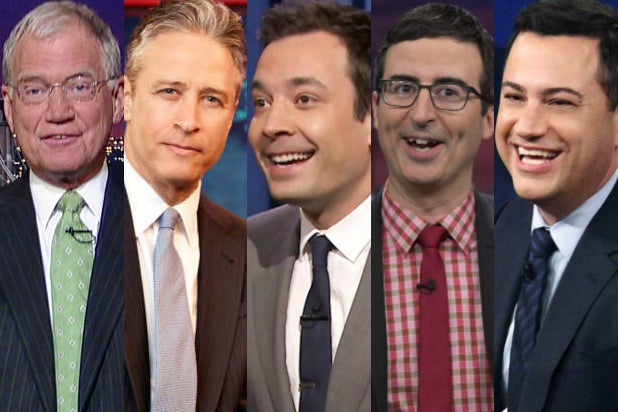 To the little credit I want to give Maher (don’t worry, I’ll restate how bad he is again shortly), he actively invites people with whom he disagrees onto his show to argue with them. There is something about this that’s – I hate to admit it – admirable. Though ultimately he has the last word, by engineering the conversation to do so,his guests can just an easily rave at his arguments as he can at theirs. It’s debate… of a kind. In this interaction he can even occasionally be insightful, although he expresses his insight in an absurdly brutish and stupid way.

However, this does raise a pretty interesting moral question for all us pinko, beta-cuck, snowflakes out there: does our language have the same moral weight as our intent and, if so, where do we draw a line? We tend to tie the two together. After all, usually, what we say, specifically the words we use, all seem to be inherently tied to what we think. Comedy, however, is tough, and to paraphrase Stewart Lee: “Not really. I don’t think that. I think the opposite of that.”  With a skilled enough user, playing with framing, character, preconceptions and above all awareness, words don’t have to abide by their definitions.

Maher has caused offense more times than I have regretted eating twiglets, but I don’t think that’s necessarily because he is evil or even that his politics are all that distant from my own. It’s because he is an unfunny man in a comedian’s job.

does our language have the same moral weight as our intent and, if so, where do we draw a line?

At the time of writing, Maher’s latest cock-up and subsequent apology is huge. It came because he used the term “house-nigger”. The history, weight, and potency of this term are so great that I’m reticent to have even typed it let alone use it as a throw away punchline. Even without the history of the phrase, there are the considerations of my audience (that’s you, you’re great!), of the point I want to make, of my ethnicity, and of my not being a professional fucking stand up.

Jokes are complex, difficult things. They contain power structures and privilege, premise and preconceptions propping up punch-lines (there’s also alliteration and dick and fart gags).  Even I, with my – let’s face it, criminal – lack of a talk show, know that jokes aren’t just reactionary and controversial statements, awkwardly blurted out with context or awareness of one’s status. Maher doesn’t know this, because he is not funny.

Now, and rightly so, you might be asking why I’m focusing on the joke and not the racism.  Maher’s political views are largely liberal and he believes in free speech and equality but also that the Left needs to toughen up. I honestly don’t really believe he is a racist, or homophobic or transphobic or supporting the far right, he’s just a shit comedian. He doesn’t think he’s any one of those things. He sees anger at this interpretation of him as not seeing his intention and not being able to take a joke. In doing so, he can dismiss the criticisms of bleeding heart liberals and continue as he pleases. It’s everyone else that needs to change, not him.

But mine is a pragmatic approach.  By focusing on the jokes we shift the debate. You’ll never convince someone as self-righteous as Maher that they’re wrong to have said something insensitive and idiotic, but the defence of “I’m not a racist, you’re wrong” crumbles at the criticism “I know you’re not a racist, you’re not funny either.”   See, any mug can host a debate, the trick is getting the politicians to show up (at the time of writing this gag was much funnier), but to claim one is a professional comedian takes a certain prerequisites; most notably, being funny.

Taste is subjective, comedy is hard, the world more nuanced and freedom of speech sacred. People can forgive an honest mistake, but they’ll never forgive a bad joke. If you’re position to call that shit out, you should. Comedy is tragedy and time, but in this instance, it was just tragedy. Maher is the well intentioned but unfunny old man we all know, whose  real problem with the Left really can be boiled down to “you youngsters have too many words and respect each other too much”. Only this old man has a national TV show, uses the N-bomb in debates and isn’t funny.