With the Feminist movement having become more a part of the mainstream, there is a tendency to call it a new wave. But Feminism is something that is always flowing, with plenty of grassroots activists doing work ‘to end sexism, sexist exploitation, and oppression’ (as defined by bell hooks, Feminism is for Everybody, 2000). Whilst the movement’s popularity means there are films with stronger female characters, and Feminist comedians can easily be seen on Netflix, it also means that various corporations try to sell us back our politics.

When this happens, it is important to remain critical of what the company is actually doing for Feminism. This was exemplified by the recent Pepsi advert, which was criticised for its unrealistic representation of protests, which far more end with conflict between police and protesters than the rose-tinted depiction of unity in the ad. With the issue of police brutality being well-documented, the advert was accused of exploiting and trivialising the Black Lives Matter movement. 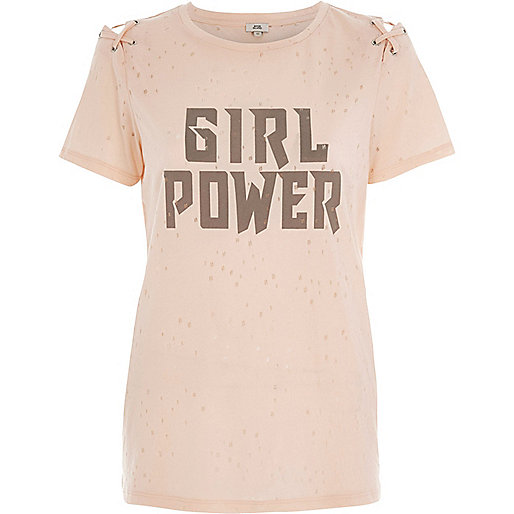 It has become more acceptable to identify as a Feminist, though not everyone is on board. So, it can feel empowering, a form of activism in itself, to wear this identity in the form of necklaces and T-shirts. Examples I’ve seen include River Island’s ‘Girl Power’ and ‘Girl Gang’ t-shirts, and Topshop’s more overt ‘Feminist’ jumpers and caps.

Yet it has been well-documented that these companies, and many others, still have ethical issues such as their use of ‘sweatshops’ and non-organic cotton, which harms farmers. The fact that it is mostly women working in these environments makes the ‘Feminist’ label here highly hypocritical. This is the kind of hypocrisy that epitomizes ‘White Feminism’, whereby the individual cares about women’s rights only insofar as their own world, discounting the importance of women globally and the intersection with issues of race and sexuality.

This is the kind of hypocrisy that epitomizes ‘White Feminism’, whereby the individual cares about women’s rights only insofar as their own world

This problem has not gone away, extending to retails workers within Topshop, which has refused cleaners a minimum living wage. And River Island isn’t doing much better. It also reaches  to celebrity ranges, for example Beyoncé’s ‘Ivy Park’ line  for Topshop has also come under criticism. Whilst accusations have  been denied, it is still important that we don’t put our Feminist inspirations on pedestals so high that we cannot remain objective about their actions. When we are critical, it needs to be about the right things. I have no time for people who otherwise question Beyoncé’s Feminist credentials, but this issue is something that privileged women cannot ignore.

Yes, journalists have been highlighting this problem with the fashion industry for decades, but the real difference that can be made is in the hands of both consumers, who can refuse to buy unethical products, and governments, who can enforce policies on trade standards. The most effective action could be to pressure the government, and the companies, to stop their unethical practises. Whilst it is important for those who can afford it to wear ethical brands such as People Tree, or to buy from vintage and second hand shops, for some these methods of shopping are not realistically affordable or convenient, especially those with families. We arguably need to dismantle the culture of throw-away fashion, but it can be difficult to know where to start.

Feminist writer bell hooks has also written about the importance of considering the intersection of gender and class, when she talks about how those with class privilege contradict their own politics, giving ‘their “brand” of feminism its own name. The representation of feminism as a lifestyle or commodity automatically obscures the importance of feminist politics.’ You can take the politics out of the T-shirt, but you can’t take the T-shirt out of the politics.

In Lean Out, Dawn Foster also comments on the Fawcett Society’s “This is what a feminist looks like” T-shirt, and the controversy of Nick Clegg wearing one, and David Cameron’s refusal to do so, ‘as if [it] could absolve him of all his policy sins’, criticising Clegg for ‘enabling the cuts that saw women’s economic position attacked on every level for five years.’ When the Fawcett society (a charity that campaigns for women’s economic equality) was accused of using ‘sweatshops’ and paying workers 62p an hour, they investigated further. Although the accusations were unfounded, it still presented a sorry state of things that this is actually considered one of the better clothes factories, despite its 45-hour weeks, communal dorms, and relatively low wage for hard labour. 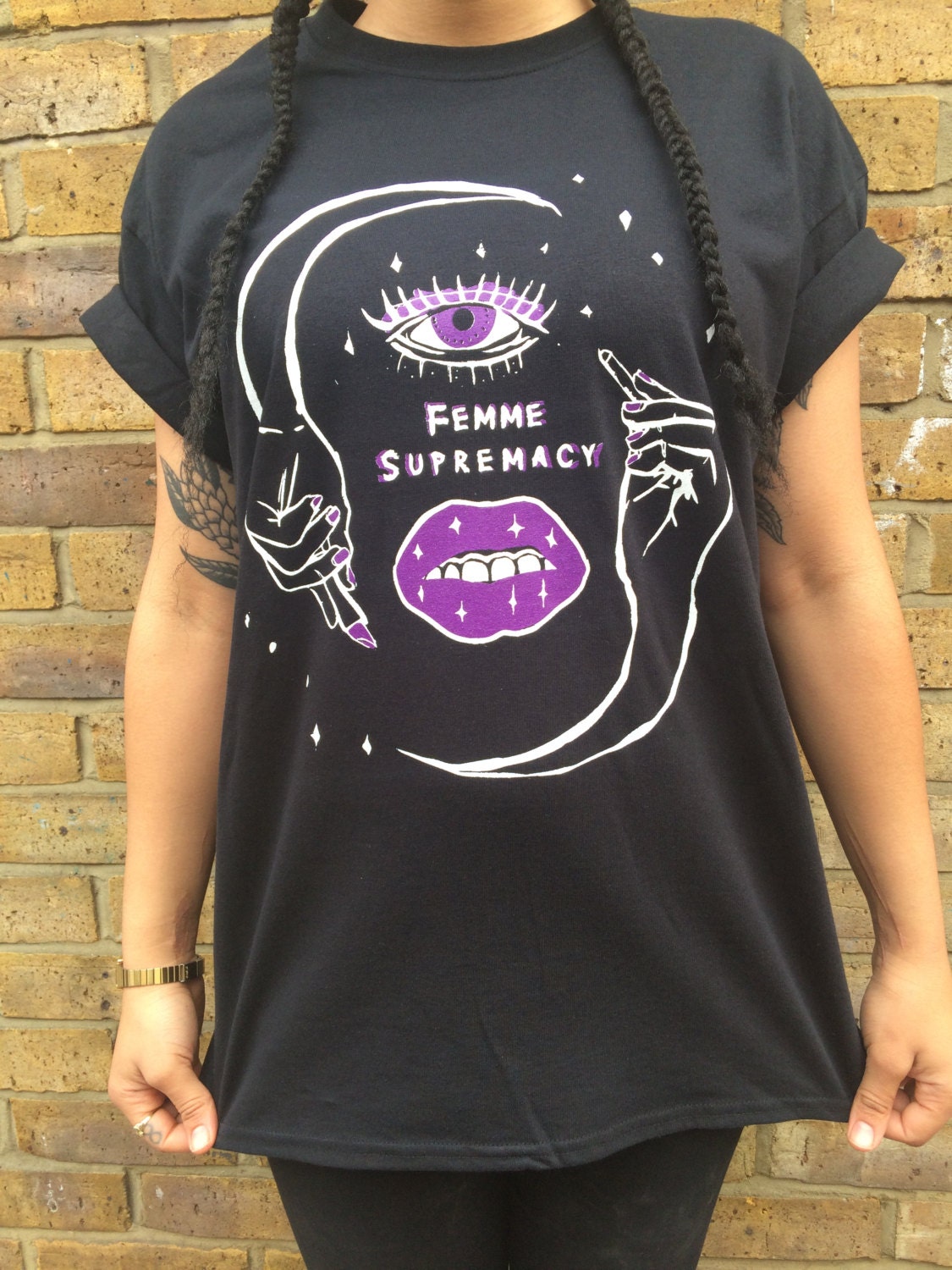 So, if you’re wanting to emblazon your chest or adorn your neck with the word ‘Feminist’, just make sure you check your actions don’t inadvertently harm women. Some alternatives may be looking at independent artists and designers in your country. For example, in the UK,  Jacob v Joyce, a non-binary, queer artist and writer from London, is making waves with their ‘Token’ range, and ‘Femme Supremacy’ t-shirts – which are made of organic cotton, fair trade, and fabulous.