Clive Lewis must enforce the views of his progressive Norwich voters in this time of social crisis and DUP invasion. Our capital city has suffered in the weeks since the election, more clearly defining the need for a fully committed left-wing Government to begin to enact real change and progress.

After both the local election in May and the general election earlier this month, Labour is now absolutely the most popular party in Norwich. Clive Lewis, Norwich South Labour MP, did far more than just hold on to his seat – he doubled his majority in the constituency with 61 percent of the vote. He blatantly took Green and Liberal Democrat votes as both parties suffered substantial losses, especially Norwich Green Party which suffered a drop of 11 percent. In Norwich North, Chloe Smith barely held her seat in Westminster. The Conservative MP took just 507 more votes than Labour’s Chris Jones.

It wasn’t a good election for those hoping for a future in which many parties contest seats and work together to represent communities, but with obviously increasing support from young and old liberals, Clive Lewis must absolutely continue fighting for strong and aggressive liberalism from Norwich when he’s in Parliament.

Clive Lewis stands up for the Left in Norwich and it’s important we keep it that way. He supports the idea of cross-party working, something many would love to see. Think of this: Clive Lewis, Caroline Lucas and Norman Lamb working together in power. He also understands that housing is a political issue and that landlord greed and property profit should play no large part in deciding how people live and die. He is also strongly against military action abroad. In general, his voting record in Parliament is to the very Left of main Labour. Therefore, it is not surprising that many people that normally vote Green or Liberal Democrat have supported Lewis and Jeremy Corbyn recently, as it could be argued that the latest Labour manifesto is essentially the Green manifesto of 2015 (with the exclusion of some nuclear positions that the leader doesn’t even really support). Traditional Green and Lib Dem voters have given Lewis and Corbyn’s Labour their vote for a number of reasons, and it is essential that he continues to act with that in the front of his mind. 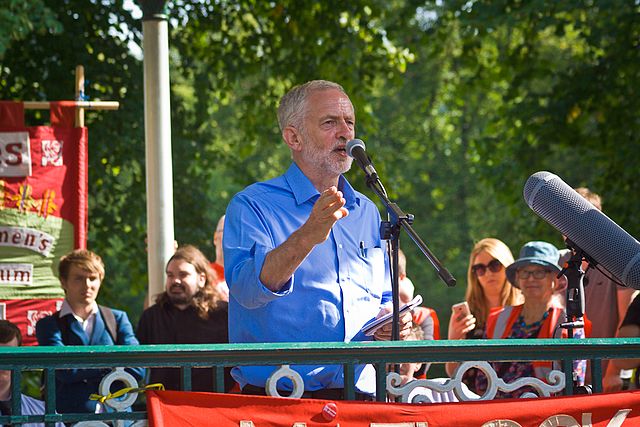 It is particularly important now as Theresa May scrambles to shape a Government with the helping MPs of the Democratic Unionist Party, a task that might take quite some time. If the two parties come together then some of the most right-wing MPs in Parliament will be in the highest levels of Governmental power in the country. Indeed, these Democratic Unionist Party candidates were elected on June 8 and could be part of Government with the Conservatives very soon. Sammy Wilson believes that climate change is not caused by humans and that the myth of climate change is based on dodgy science that hasn’t been proven. Jim Shannon was paid £205,798 in taxpayer-funded expenses in 2015, excluding travel. Gregory Campbell has lobbied for the reintroduction of execution in this country. May has snatched control with the help of these immoral men. It seems that any deal is better than no deal after all.

it is vital, in this time especially, that Clive Lewis and other progressive Labour MPs act to enforce strong left-wing ideas at the highest level of Government

Now that right-wing extremists like the DUP are closer to Downing Street than ever before, it is vital, in this time especially, that Clive Lewis and other progressive Labour MPs act to enforce strong left-wing ideas at the highest level of Government. Lewis absolutely supports Corbyn and many envisage him as the future leader of Labour himself. His support for Corbyn is comforting and sturdily represents Norwich’s liberal views. Nationally, it should be celebrated that a jam-making socialist has proved that an unashamedly left-wing politics is absolutely possible. Furthermore, we (in Norwich) should be proud that it is progressive groups like Norwich Green Party that are pulling Labour MPs like Clive Lewis leftward in their own constituencies, as those MPs can then guide Labour forward. I absolutely hope it continues.