We’ve just got through the new Tory annual tradition of having the nation vote on internal party issues and having the result batter the incumbent Prime Minister. And, whilst the result is somewhat bittersweet with comedy boob-patting socialist Jeremy Corbyn – aka ‘the future liberals want’ – tearing chunks out of the Conservative mandate, we are still left with a government formed of a crypto-nationalist, sexist, and regressive party and an actual nationalist, sexist, and regressive party.

The truth of the matter is that no one was sure what would happen before the election, or during it and now we’re on the other side it’s only fitting that British democracy remains chimerical, confusing and dare I say it, unstable (take that May!). As such I’d like, as I do every fortnight, to say a few words about the current position of the Arts.

The Tory manifesto, whilst maddening wasn’t written by the author of The Necronomicon – he is foreign, after all.

The Tory government have hacked away at Arts funding for years and their manifesto doesn’t have any intentions of reversing that, but what would you expect from something penned by the “Mad Scholar” Abdul Alhazred. Obviously, that’s a joke: The Tory manifesto, whilst maddening wasn’t written by the author of The Necronomicon – he is foreign, after all.

Though I personally have been lucky enough to move from the working class to whatever this new class is where we still have regional accents, work full-time in non-salaried positions but with the addition of thousands of pounds of student debt, not everyone is quite so fortunate. Bitterness aside, I wouldn’t trade my position if it meant losing what got me into it. I was raised in a home where art was understood as being for everyone. Even if it doesn’t pay the bills, it has a value in and of itself and should be engaged with. Now, I am able to indulge myself and my creative loves by being able to write articles about whatever has got my back up each week and occasionally make ridiculous comics.

This is a lesson that I’m afraid will be lost if Tory austerity continues, so once again it’s up to us to up to promote and propagate the arts. Lack of funding means lack of accessibility; lower accessibility means that those with no time and less money don’t get to engage with the Arts. But there are organisations you can support to help with this if you can afford it. The people at Arts Emergency do fantastic work. Take a minute and look at their site. I’ll wait here.

Even if you can’t give any money – an entirely understandable position to be in – there are other ways you can help. If you have children or younger siblings, pass on art you have enjoyed and connected with. If you are a teacher working with underprivileged kids, direct them to material where they will be represented. The books I studied at secondary school were great and demonstrated literary technique and how to construct a world from the imagination but they told the stories of people that weren’t me and that I had no right to ask to be. AND I’M A WHITE MAN! ALMOST ALL STORIES ARE ABOUT US! But, if I could, I would definitely go back in time and give myself a copy of Priestley’s Lost Empires just so I could read a book featuring a working class Northerner.

Even if you have no money and no position of responsibility you can still help by just sharing, retweeting, and showing off art you do like online. You can’t deny you can go online because you’re reading this. Checkmate! What this does is increase the platform for people who don’t get one by birthright. It increases the visibility of their art and their story and, fingers crossed, might afford them more opportunities to continue to do so. Further, and perhaps more importantly, it encourages young creators to keep creating. It makes the Arts a viable and worthwhile option.

It’s easy in the working class to convince oneself the Arts are hoity toity and unimportant. As a working class lad, the idea of going to the ballet was ridiculous because ballet was for posh twats and lasses and I’d never been seen dead there. Now I don’t go in part because I worried someone else working class might think I’m a posh twat and the dancers make me feel confused and ashamed of how out of shape I am. In truth, in the working class, we convince ourselves that “high art”, a division that highlights my point, is naff because we can’t afford to engage with it. To view it is to spend money that people haven’t got, and to practice it is to waste time and gamble on one’s security. It’s a self-fulfilling prophecy. “We can’t afford to see some play ar’ kid. What do you want t’be an actor anyway, there’s nowt in it.” – Broad and unfair stereotyping of my fellow Northerners. 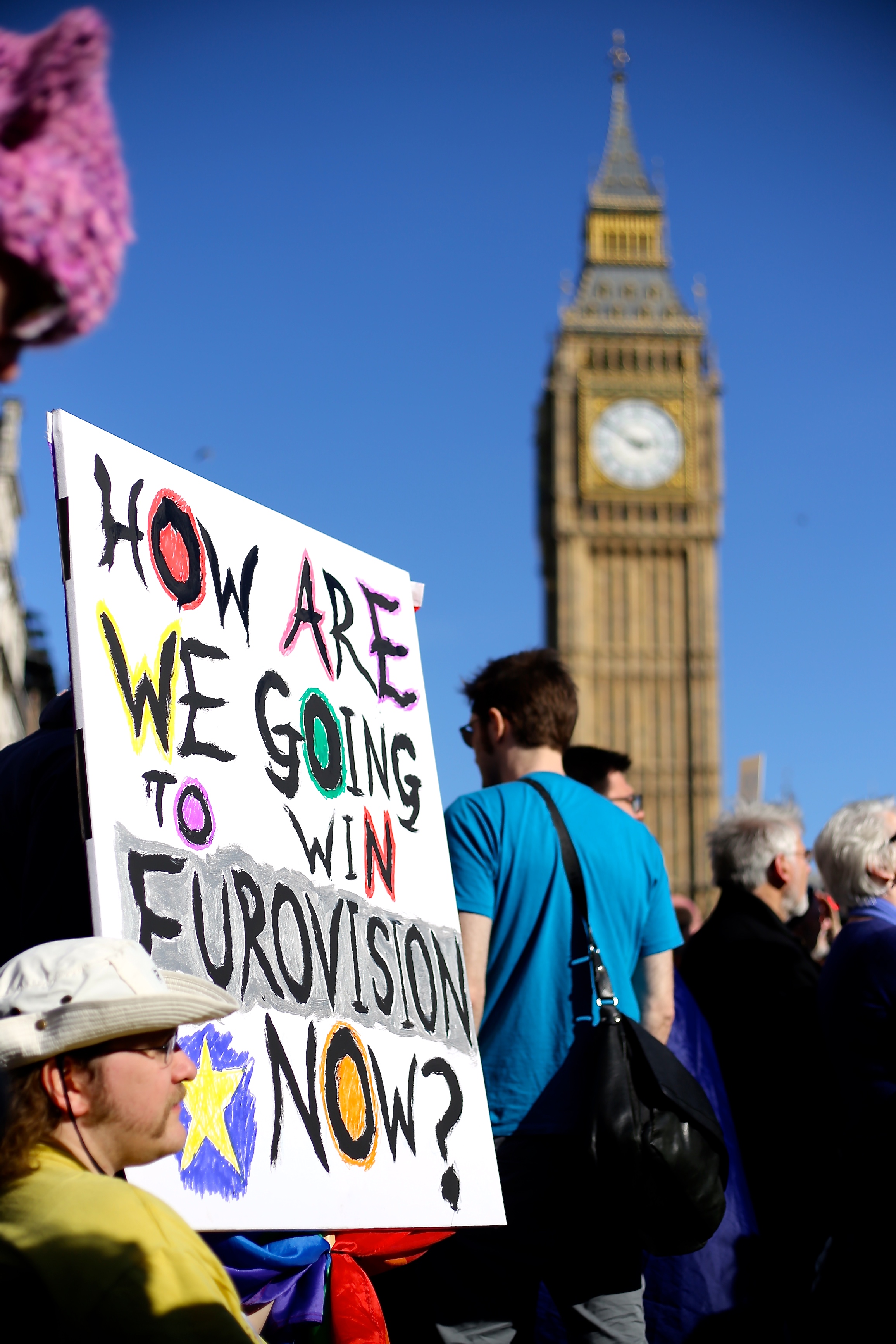 Luckily, art as expression has a value beyond the money it generates and a second self-fulfilling prophecy. We’ve already seen it happen. Underprivileged kids who can engage with art can more creatively tell the Conservatives to fuck off. Austerity may remove the arts as a career option for the working class but it doesn’t remove art from their souls (if you thought that line was cringe worthy, get stuffed, we couldn’t afford to see Shakespeare when I was young).

Don’t take this to mean that it’ll all work out in the end, but art-wise, the “low” is coming after the “high”. Artists will find a way through music, writing, graffiti, fashion, protest signs, photoshop, scathing tweets and fucking memes, to express how they feel and they are not happy. The Conservative Government has taken away access to the arts to all, but we all can promote art and take access to Government away from the Conservatives.