We expect time to encourage positive progression, as new minds surface and opportunities ripen. But recently we are seeing more of the opposite achieved by the leaders of some of the greatest western ‘powers’. Last week, the current president of the United States announced the country’s withdrawal from the Paris Climate deal. This will have seriously detrimental effects on the environment and the future of our planet.

The seemingly progressive Paris agreement commits the US and 195 other countries to keeping global temperatures from reaching 2°C above pre-industrial levels. The plans set out in the agreement were already questionable, with a worrying willingness to allow corporations to pitch money making schemes as a solution of climbing emissions; without the US’ participation, emissions and temperatures will continue to climb at an unknown rate. Although coal is being phased out drastically through legislation put in place by Obama, the fracking revolution that would replace it offers little more than a ‘better of two evils’ solution (which would have still gone ahead under the Paris agreement).

this engenders an individualistic mindset, which does not put us on course for a progressive future

Although the Paris agreement is by no means perfect, the news from the US is a singular example of the disregard shown by some of the most powerful people in the west. The effects will be felt most strongly by the next generation. We need youth movements to rise against this wilful blindness to our wellbeing, but building them is easier said than done.

Coming together in collective action is ever more difficult, as young people are being constantly encouraged to take up work in corporate jobs pursuing capitalist aims. As I have written before, creativity is dying. The new priorities are obtaining workplace qualifications and functioning by script to fit our job roles. Meanwhile, the media and government constantly feed us propaganda about the importance of ‘success’ and economic growth, with no focus on achieving the collective goals that would improve and sustain our world. All this engenders an individualistic mindset, which does not put us on course for a progressive future in terms of environmental and social equality. Training ourselves into our automated roles suppresses the individual expression and free thought that we need to make discoveries and find solutions to the problems our society faces. This is why continuing education throughout life, especially in creative and forward thinking subjects, is vital: to maintain a group of people willing to fight for the helpless, not just make more money for the rich through a ‘good’ job. 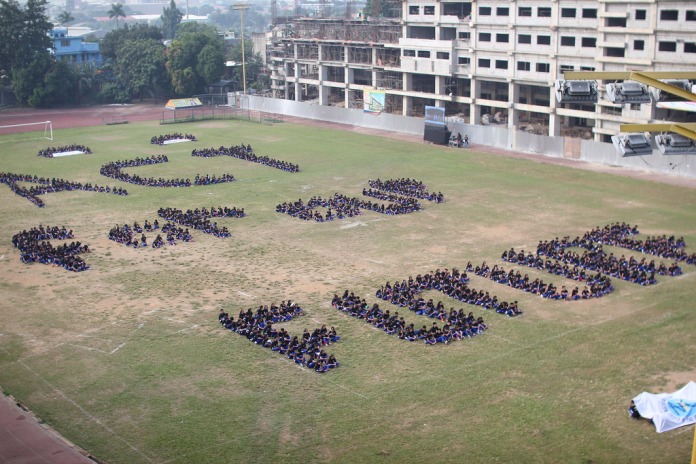 So where are the student movements, spreading like wildfire and relentlessly demanding change? The responsibility for taking on the mistakes of our elders lies with the new generation of thinkers, and despite the obstacles many are taking it up. Students are uniting in the race against industry and destruction through movements like People and Planet, the UK Youth Climate Coalition and the People’s Climate marches. Other initiatives use the power of education, like 2017’s Earth Day, with its focus on environmental literacy:

‘The goal is to bring awareness to all students around the world for them to become the voices of tomorrow about climate change and environmental issues.’

Ideas like these show how new thinking and education can unite many against the decisions of the selfish few. Power can be held in the hands of students once again if we take steps towards self education, focusing on the greater good and not on personal gain. The mindset expressed in the US president’s declaration that “I was elected to represent the citizens of Pittsburgh, not Paris” is dangerously selfish and ignorant. Although the Paris deal is certainly not perfect, the overall attitude toward our future as a species that it represents is a sign of real progress. To put trade deals and ‘national interest’ before environmental stability is to turn your nation’s back on young people, and ignore the possibility of a better future.