Under continued Tory government, universities will find themselves stretching their decreasing funds to cover rising costs

The Tory manifesto repeats the promise to cut net immigration to the tens of thousands. This promise plans to include international students within the immigration figures, a move that is bad both for UK higher education and the students who come here to study.

Non-EU international students currently make up around 15% of the UK student population, and they pay far higher fees than UK and EU students. On the massively fee-based funding structure brought in by the Tories, attracting international students and their money has become key to ensuring the financial viability of many higher education institutions. Therefore, any attempt to reduce the number of international students entering the country effectively presents a threat to the stability of the UK higher education sector. This is doubly paradoxical as the government continues to encourage universities to increase spending through policy such as the lifting of the cap on student numbers. Under continued Tory government, universities will find themselves stretching their decreasing funds to cover rising costs. The result? Falling standards and detrimental impacts on all students.

Despite the impact of recent government policy, higher education remains one of the UK’s most highly regarded exports. Students from all around the world come to the UK to study primarily as a result of the world leading reputation held by many British institutions. Including international students as part of a more general effort to cut immigration in the UK sends out a message to these students that they are not welcome. This threatens the reputation of British universities is and would undermine their positions in international rankings and legal tables. 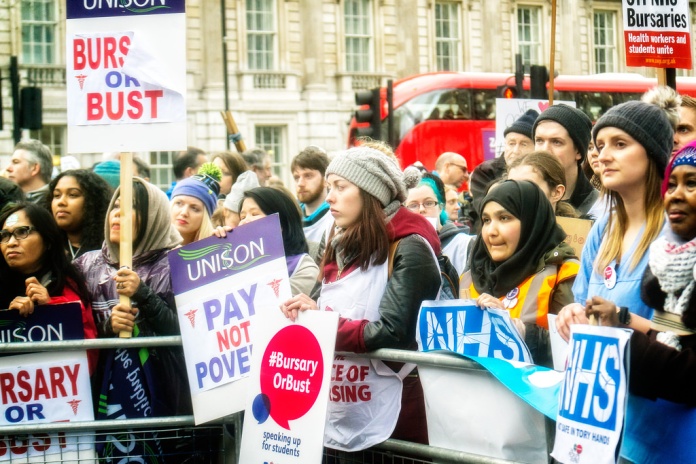 Further, the move threatens the ability of the UK to attract highly skilled graduates to this country, and the chances of those who study here choosing to stay on and work here following their graduation. In already stretched fields such as medicine, the UK simply cannot produce enough skilled individuals to meet its needs, particularly in light of recent government changes to funding in these areas. The intimidating focus on cutting immigration will only worsen this problem.

Finally and most concerningly, the insistence that there is a need to cut immigration is resulting in detrimental consequences for international students, and indeed for all migrants. Stubborn adherence to this misleading doctrine places ever more barriers to students who seek to study here, and legitimises the increasingly xenophobic sentiment held by large numbers of the public. This has lead to increases in incidents of racism and discrimination on university campuses and leaves international students feeling increasingly unwelcome.