The snap election. The vote looming over the future. We in the UK have the privilege of affecting the result. As students, young people and members of a fast changing world, voting in a western country like ours means more than just influencing your own future. Electing certain policies through parties can drastically alter how Britain relates to the rest of the world. How the next generation develop, what they value, and the state of the planet they will live on are all on the line. It is crucially important, therefore, for us each to familiarise ourselves with each party’s policies and plans. Not only is it vital to consider how these policies will affect broader issues such as the environment or foreign relations, it is also vital to be sure that the party you vote for stands to protect what you value in your country.

As an example, take arts funding and the attitude to creative subjects, a policy area close to my heart. After years of government and local authority funding cuts under the Tories, the task of properly funding the arts in a time of austerity is looking increasingly desperate. The current government’s stance is clear; if the arts are to be protected, new leadership is in order. Confusing and difficult as it may be, we are obliged to review other parties’ policy on the arts so we can vote to ensure their continuation. On that front, the outlook is good.

What parties say is important, but their omissions and their actions are just as revealing

In their education policy, the Green party recognise that ‘A greater emphasis on the arts will facilitate greater self-expression’. Refreshingly, they pledge that under a Green government ‘School leaving qualifications will encourage a broad curriculum that gives equal value to academic, vocational, creative and practical subjects.’ This would work towards reducing the stigma against creative education. With plans to freeze/increase arts funding, the Greens stand as one of the best choices to ensure a bright future for the arts in the UK.

Labor also pledge to increase arts funding, and to reverse the damage that has taken place under the Tories. As Jeremy Corbyn’s website explains, ‘We will increase funding to the arts so that it reaches the European average. We will restore grant in aid funding of the Arts councils.’ If Labour keep this promise it should be a big vote-winner among younger voters, especially creative students.

The Liberal Democrats’ manifesto also shows concern about this area, stating that ‘We are deeply concerned that children are increasingly missing out on subjects like art, music and sport.’ Another area of their website commits to tackling the reduced opportunities of young people in the arts.

It is encouraging to see many of the parties standing for a more creatively progressive future. However, in practice things may unfortunately differ. It is important to scrutinise other areas of their manifestos and which policies they choose to promote in the public eye during campaigning. What parties say is important, but their omissions and their actions are just as revealing of which social, political and economic issues are most important to them. 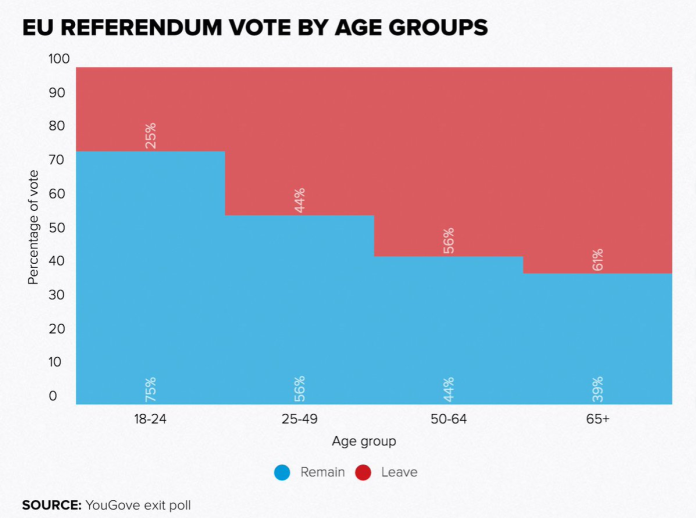 We should also remember that if students don’t vote, the age group choosing the future shifts. As we have seen in debates around Brexit, different age groups value political issues differently. A greater proportion of older people turned out to vote than younger people in the EU referendum. If the same thing happens in this election, it is likely that the party whose values are most similar to those which motivated people to vote Leave will come out on top. This would not only be detrimental to the creative future of the UK, but also pose a great threat to environmental protection laws. Student votes could drastically alter the result, to our own benefit in the years to come as we leave education and begin to interact more heavily with the economic structure built by our chosen government. However, the suddenness of this snap election, the resulting restrictions on funding for youth campaigns, and the fact that it falls in the middle of the exam period will create obstacles for young people to research and vote for their future.

Despite these obstacles, despite the difficulty of sifting through all the facts and falsehoods to make a decision, it is vital that all creative students inform ourselves about which party has our best interests, and those of the world around us, at heart. Your vote matters. The creative and progressive voices of our generation must not fall silent.