So this week a friend of mine said something on Twitter about accepting transgender people as people, regardless of genitalia. One of those reasonable discussions that occasionally ensue on the internet ensued, and ended with her getting dog-piled with sufficient angry, hateful messages to nearly crash her ageing iPhone and accusations ranging from homophobia to gaslighting and advocacy of corrective rape. While the barrage of tweets from a dozen accounts was polite by online discourse standards (for ‘polite’, read ‘no swearing but massively condescending, dismissive, pompous and worryingly intense’) the death threats and abuse that followed in private messages was significantly less so.

Once more, my friend had attracted the ire of the TERFs.

Caption: The public face of a typical TERFstorm.

If you’re lucky enough to live under a rock where their hateful, sickly light can’t reach you, TERF is an acronym for ‘Trans-Exclusionary Radical Feminist’ (critical summary here). In its basic form, this is a branch of radical feminism, also known sometimes as the much more PR-friendly ‘Gender critical feminism’, that revolves around the idea that transgender women are not women, and that ‘real women’ are characterised by their genetics and biology (‘two x chromosomes and a vagina’). This is often phrased in terms of gender as a social construct, with the… odd idea that, by accepting the traditionally feminine, trans women are reinforcing the gender binary feminism seeks to dismantle or alter. It’s the idea that people are the gender they’re assigned at birth, and shouldn’t or can’t cross the line between them. They’re a small but well-known subset (sometimes called a hate-group) of the wider feminist movement.

While Not All TERFs should be in effect here, they have a nasty tendency to be viciously transphobic

If you’ve encountered the loudest and proudest voices of the gender-critical movement online, however, you could be forgiven for thinking that their schtick is more along the lines of vicious accusation, bullying, harassment and bullshit that would make the denizens of your average pro gaming image board blanche and fade into the shadows in fear. While Not All TERFs should be in effect here, they have a nasty tendency to be viciously transphobic (almost always against trans women, of course, because they often don’t remember that trans men also exist or else something something female socialisation), and an equally unpleasant tendency to attack anyone who catches their interest, trans or otherwise. Hence my friend’s unplanned and undeserved turn in the stocks (not the first she’s had from them.)

As a side note, remember that almost everyone you talk to online (even with the rise of bots as a social media weapon) is a real person. They have real thoughts, real fears, real feelings, and potentially (as in this case) very real mental health problems that you may be triggering. The fact that they disagree with you online should not incite a roaring barrage of every nasty word you can think of followed by graphic suggestions that they kill themselves. It should especially not (as has happened to my friend before) provoke stalking, doxxing and real-life harassment. That’s fucked. That’s the kind of shit you hear about from the very fucking worst end of the foul bastards of the Men’s Rights movement, that you get from literal Neo-Nazis. 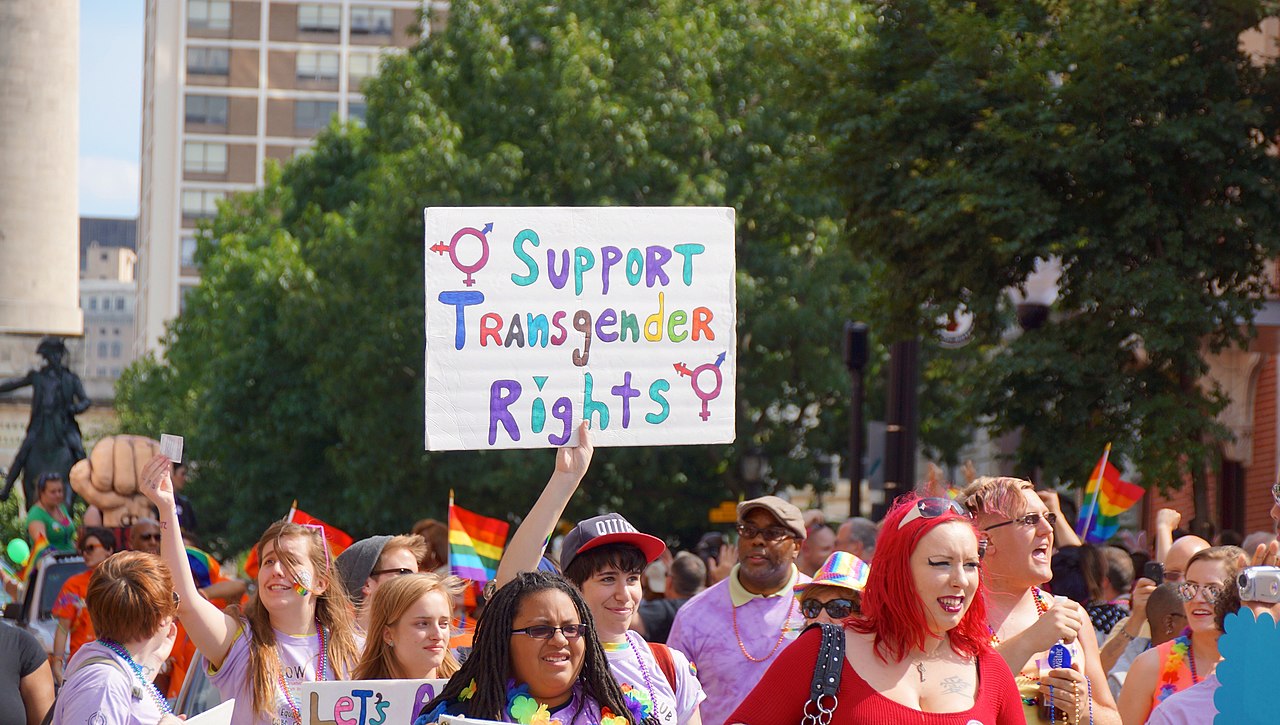 My friend’s experience was typical of encounters with TERFs. Relentless accusations of homophobia and misogyny, devalued by rampant biphobia and bi erasure, before we even get to the bigoted ‘trans exclusion’ part. Several posters flinging the patriarchy’s shit like gibbering chimps with dark accusations of corrective rape and this weird male infiltrator conspiracy theory (trans women are men trying to sleep with lesbians for, I don’t know, some reason you need to be a female Alex Jones to follow properly) and of course death threats, fucking death threats, and all the miserable slime modern online discourse has inevitably slipped downhill into.

All this seems no different from the misogynist and actually homophobic abuse LGBT+, feminist and just plain female people face online every day. Worse, it’s directed at a cisgender, queer woman, whose entire crime was being the wrong kind of feminist. How does this help?

Do you feel like you’re doing the right thing? Are you supporting other women or LGBT+ somehow?

Now, if I get a response to this, it’ll be more hatred. It’ll be slurs and accusations. My friend was accused of pretty much every form of homophobic and misogynistic prejudice in the book for daring to say something positive about transgender people. Imagine what they’ll call me.

Because ultimately, TERFs included, we’re on the same fucking side. Us-and-them division is the domain of the patriarchal system, of nationalism and actual fucking bigotry. It’s the domain of tyrants and sycophants, and everything this publication stands against. If you want to be a feminist, stick together, accept that there’s room within feminism for everyone, and that we all stand to benefit from an end to the patriarchy, and more intersectionally to an end to all forms of prejudice, hate and violence. If you must fling shit online? For fuck’s sake punch up and out, go for the real oppressors and bigots. There are plenty of people out there who deserve to be called on their bullshit without us turning on our own.

Writer’s Note: The title and the use of the term ‘TERF.’ I realise that there are some in the gender-critical feminist movement who consider ‘TERF’ to be a slur, and in any case the title of the article is pretty uncompromising on my opinion of the movement as a whole. There are two reasons for this.

3 thoughts on “FUCK OFF, TERFS: DISPATCHES FROM THE INTERNET HATE MACHINE”