by Against Borders for Children

“…this proposal has all the hallmarks of racism…Children are children, and to use their personal information for immigration enforcement is disingenuous, irresponsible, and not the hallmark of a tolerant, open and caring society”
– Lord Storey

Against Borders for Children (ABC) is a coalition of parents, teachers, schools and campaigners. Our aim is to reverse the Department of Education’s (DfE) policy to collect country of birth and nationality information on 8 million children in England in order to ‘create a hostile environment’ for migrant children in schools, primarily by encouraging a mass boycott of the School Census.

This new immigration data will be collected through the School Census, which happens three times each year. The current round of the census ends on May 18th. It collects a range of information on pupils, such as name, address and additional educational needs. In September 2016 a new requirement came into force, requiring schools to ask for children’s nationality and country of birth (COB), ostensibly to help DfE assess ‘the impact of migration on the education system’. 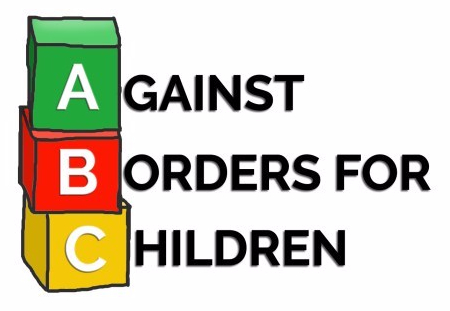 The data collection was mired in controversy, with some schools disobeying guidance by asking to see passports or birth certificates, or targeting only non-white pupils for the collection. ABC and other organisations wrote to the Department for Education expressing concerns that the data would be accessible to the Home Office. After lots of press coverage, the DfE stated that the data would not be held in the National Pupil Database because it was “too sensitive”, and would not in future be accessible to the Home Office. In the meantime, ABC campaigned to inform parents of their right to give a formal ‘refused’ answer to questions about their child’s nationality and COB.

After meeting with campaigners in November, the DfE also dropped proposals to include the collection of nationality and COB data in the annual Early Years Census, which takes place in January and covers 2-5 year olds.

In December, leaked letters showed that Theresa May, while Home Secretary in 2015, had planned to ‘deprioritise’ the children of irregular migrants for school places, and to require schools to collect children’s passport data in schools. These plans were opposed by then-Education Secretary, Nicky Morgan. The new collection of children’s nationality data was agreed as a compromise.

In 2015, Theresa May wanted to ‘deprioritise’ the kids of irregular migrants for school places. Now she’s Prime Minister of Brexit Britain

Also in December, a document extracted through a Freedom of Information (FOI) request showed that there has been a data-sharing Memorandum of Understanding in place between the DfE and the Home Office since 2015. It permitted the name, home address and school details of up to 1500 children each month to be provided to the Home Office for immigration enforcement purposes, with the stated strategic aim of ‘creating a hostile environment’. The document also showed that the DfE had intended to hand nationality data to the Home Office once collected. The agreement was amended in October to remove nationality data from the data-sharing agreement, i.e. after concerns were raised by ABC and others. Though diluted, this policy has in practice been a form of the project proposed by May in 2015.

As well as using the data to target individual children and families, we are concerned that members of the public, journalists, government departments, and other organisations will also be able to access schools’ immigration numbers. With a huge rise in racist hate crime since the Brexit vote, we fear for the safety of schoolchildren nationwide.

Our campaign has identified four main areas of concern:

Providing this data is optional and does not affect school funding. This means parents and schools can legally work together to withhold this information from DfE. The May 18th census is the last opportunity this school year that parents have to answer ‘refused’. This will overwrite any nationality and Country of Birth data they previously gave. On June 30 2017 the DfE will publish a statistical report setting out the responses to the new nationality/COB questions. The data may be used to justify future policies that restrict migrant children’s access to education. As such, we are organising a national boycott until the Department of Education reverses this policy and commits to safeguarding children from the stigma of anti-immigrant rhetoric and the violence that accompanies it.

We urge you to take the following actions before 18th May:

As the National Union of Teachers have said, ‘schools are not part of policing immigration’. Join us in boycotting the school census, and ensuring every child can feel safe at school.

For more information on the campaign, and how you can get involved: